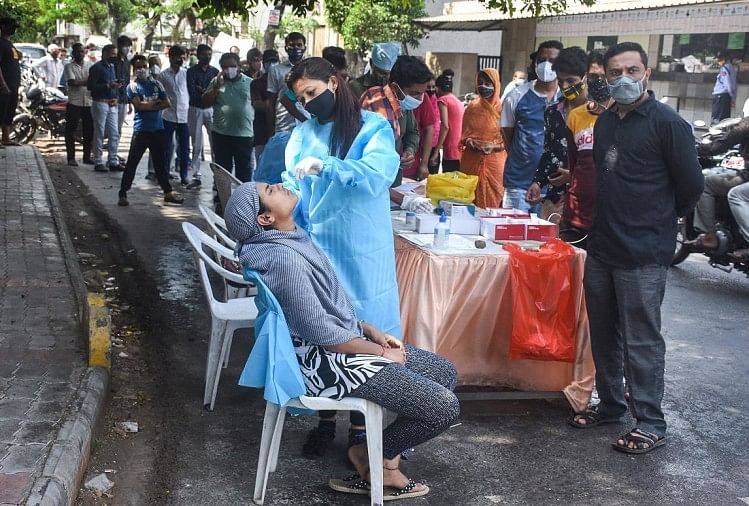 The second wave of Corona epidemic has caused panic all over the country. Every day there is an increase in the number of cases of Kovid-19 infection. This increase can be gauged from the fact that on Thursday (May 6) also, for the second consecutive day, the number of new patients of Corona crossed the four lakh mark. Also, in the last 10 days, 36,110 people died due to this disease. In this way, an average of 150 patients are dying every hour.

More than 30 thousand deaths occurred in last 10 days
According to the Health Ministry data, the death toll from corona has been coming to more than three thousand every day for the last 10 days. In 10 days, 36 thousand 110 people lost their lives due to corona. According to these figures, one hundred and fifty patients are dying every hour in the country from the corona. The number of deaths in India is increasing at a rapid rate, which is the highest number of cases in any country in a single day. According to the World Health Organization, there have been 34 thousand 798 deaths due to corona in the last 10 days in the US, while in Brazil, the figure was 32 thousand 692 in the last 10 days. During the same period, Mexico had the highest number of 13 thousand 897 deaths while Britain had 13 thousand 266 deaths.

Number of deaths recorded in 13 states across Rojona hundred
There are 13 states in the country where more than 100 deaths have been recorded within the last 24 hours. On Thursday, 151 new deaths occurred in Uttarakhand, the smallest of the 13 states in terms of population. Corona infection appears to be increasing once again in Maharashtra. There have been 853 deaths due to corona in the last one day here. In Uttar Pradesh, Delhi and Karnataka, this death toll has been more than 300 whereas in Chhattisgarh, the death toll from Corona has crossed 200. In addition to Uttarakhand, more than 100 deaths have been recorded in the last 24 hours from Corona in Tamil Nadu, Haryana, Rajasthan, Punjab, Uttarakhand, Jharkhand, Gujarat and West Bengal.