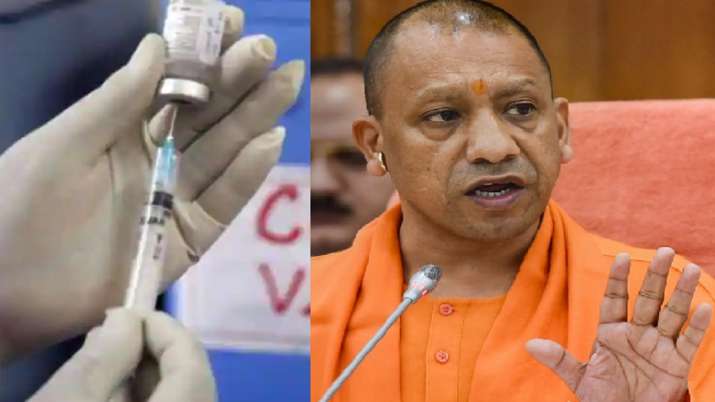 Lucknow. During the immunization campaign starting for people above 18 years of age in Uttar Pradesh from May 1 (Saturday), the campaign for vaccination for those above 45 years in 6 thousand centers will continue continuously. Uttar Pradesh Additional Chief Secretary Health Amit Mohan Prasad said on Friday that tomorrow, ie from May 1, the work of vaccination of people between 18 and 44 years has to start because tomorrow will be the first day, now it will be started in 7 districts. On May 1, in the districts where there are more than 9000 active cases, the work of vaccination will be started. Vaccination work will be started tomorrow in Lucknow, Kanpur Nagar, Prayagraj, Varanasi, Gorakhpur, Meerut and Bareilly.

Uttar Pradesh Additional Chief Secretary Information Navneet Sehgal said that the state government is making efforts to reach oxygen everywhere on time. For this, a special team has been formed in Team-9, whose task is to take care of the availability of oxygen and to carry out transportation. Yesterday, 620 metric tonnes of oxygen has been supplied in the state:

332 more deaths due to Kovid-19 in Uttar Pradesh

Uttar Pradesh has recorded the highest number of 332 deaths due to Kovid-19 during the last 24 hours and corona virus infection has been confirmed in 34,626 new patients. Additional Chief Secretary Health Amit Mohan Prasad told reporters on Friday that 332 people died from Kovid-19 in the state during the last 24 hours. With this, the number of people who lost their lives in the epidemic has increased to 12,570 so far in the state. He said that 34,626 new cases of infection have come during this period, which together has confirmed that a total of 12,52,324 people have been infected in the state so far.

Prasad said that a total of 32,494 people have recovered from the disease in the last 24 hours. With this, 9,28,971 patients have gone healthy and gone home. According to Prasad, there are 3,10,783 patients under treatment at present in the state, out of which 2.43 lakh patients are undergoing treatment in separate houses. He said that more than 2.44 lakh samples were tested in the state during the last 24 hours. So far, more than 4.07 crore samples have been tested in the state.

Prasad also said that the referral letter of the Chief Medical Officer is not required for admission of Kovid-19 patients in hospitals and an order has been issued in this regard. According to the health bulletin released on Friday, in the state capital Lucknow, 3,958 new infected were found in the last 24 hours while 37 infected people died. In the same period, 1,875 in Kanpur city, 1,690 in Moradabad, 1,573 in Varanasi, 1,561 in Meerut and 1,375 in Ghaziabad and 893 in Agra have been found new, while 19 in Kanpur city, 17 in Ghaziabad, 15 in Varanasi, Prayagraj and Jhansi. 14–14, 13 in Jalaun, 11 in Chandauli and 10 in Gautam Budh Nagar and more were killed.