While supporting the officer in this matter, Mehbooba said on Friday that women are not being spared from the atrocities in the new Kashmir. 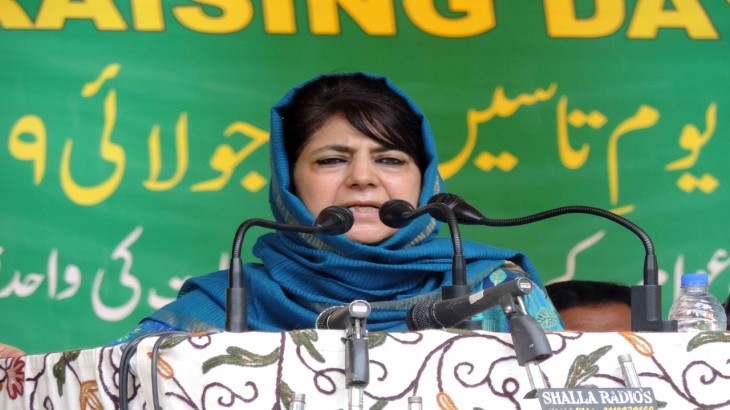 Mehbooba Mufti, the former Chief Minister of Jammu and Kashmir and the Chief of Peoples Democratic Party (PDP), is refraining from doing politics on the steps taken by the central government to reduce terrorism from the valley. It is an example from Article 370 to the tricolor. Now he has questioned the arrest of a woman Special Police Officer (SPO) from Kulgam district of Jammu and Kashmir. The woman officer is accused of garnering alleged glory of terrorism. While supporting the officer in this matter, Mehbooba said on Friday that women are not being spared from the atrocities in the new Kashmir.

SPO Syama Akhtar of Kulgam district of Jammu and Kashmir has been arrested and dismissed from service for allegedly glorifying terrorism. Mehbooba tweeted, Syama Akhtar has been made an accused under UAPA for raising appropriate questions due to repeated searches in his house. It is understandable that Syama’s mother has become more worried due to her illness. Women are also not being spared from cruelty in the new Kashmir.

Police had earlier said that the women SPO has been arrested from Kulgam district and their services have been terminated for glorifying terrorism and obstructing government officials in discharging their duties. Police said that security forces had received intelligence about the presence of terrorists in Kareva locality of Frisal village, after which search operations were carried out there. During the campaign, Akhtar allegedly prevented the team searching for terrorists from doing their work.

It is alleged that the woman stopped the team running the search operation and she became violent. The woman also gave glorifying statements of violent acts of terrorists. According to police, Syma Akhtar made a video from her phone and shared it on social media forums with the intention of disrupting the search operation. Taking cognizance of the case, the police arrested the woman and later removed her from service. According to the police, a case has been registered against Syama Akhtar, the daughter of Ghulam Nabi Rah, and the investigation is on.