On 26th of this month of Prime Minister Narendra Modi will go to Bangladesh and then to the European Union. Along with this, talks are also going on regarding the visit of the Prime Minister of Japan and the President of Russia to India. 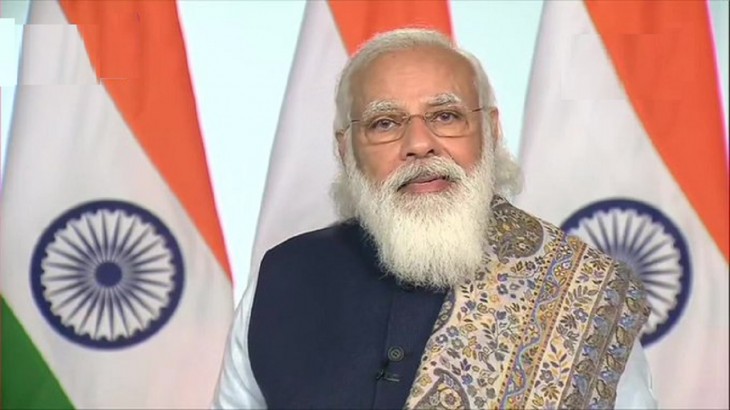 Due to Corona, the ban on the foreign tour of the heads of nations is going to end soon. Prime Minister Narendra Modi will begin his foreign visits with a visit to Bangladesh on 26 February. Along with this, the Foreign Ministry is also preparing for PM Modi’s visit to the European Union in May. After a visit to the European Union, in June, PM Modi can also visit Britain to participate in the meeting of G-7 countries. Sources say that along with these two proposed visits, PM can also include some other countries falling in this route.

Foreign tours have been closed since the year
Actually, Corona was started in January India last year. Foreign heads of national heads were banned from the time of Corona’s case. Now Corona’s situation is under control in many countries. Vaccination work is going on fast in India too. Prime Minister Narendra Modi has also got vaccinated in the second phase of Corona vaccination which started from March 1. After this, preparations have now been speeded up for Prime Minister Modi’s foreign tour. PM Modi will begin his tour from Bangladesh.

Discussions continue for foreign guests to come to India
Along with the foreign visit of the Prime Minister, there is a serious phase of discussion about the arrival of some foreign guests to India. In this episode, the Indian Ministry of External Affairs is in contact with the Foreign Ministries of Japan and Russia regarding the arrival of Prime Minister of Japan Yoshihide Suga and Russian President Vladimir Putin. Actually both these heads of state were to come to India in December 2019. Later, their tour was canceled due to some reasons. His visit to India was postponed in 2020 due to Corona. In 2021, India is heading the BRICS organization. If Corona remains under control in India, then after mid-2021, the heads of Brazil, Russia, South Africa and China can visit India.

After the virtual meeting, now keep an eye on personal reconciliation
In fact, in the Corona era, there has been a virtual dialogue between most of the countries. Personal reconciliation has its own importance in deciding bilateral relationships and making their direction and it will continue to be so. Foreign Minister S Jaishankar is going to Dhaka on Thursday 4 March, just before the much-awaited visit of PM Narendra Modi to Bangladesh. Jaishankar will meet Bangladesh Prime Minister Sheikh Hasina in Dhaka separately as well as the foreign minister there. It is believed that during Modi’s visit, Jaishankar will finally discuss with the Bangladesh authorities about the announcements to be made between the two countries.