These days, the country Congress party is struggling with internal discord, which has come out in the open on the streets and now the pain of former party president Rahul Gandhi has also been spared. 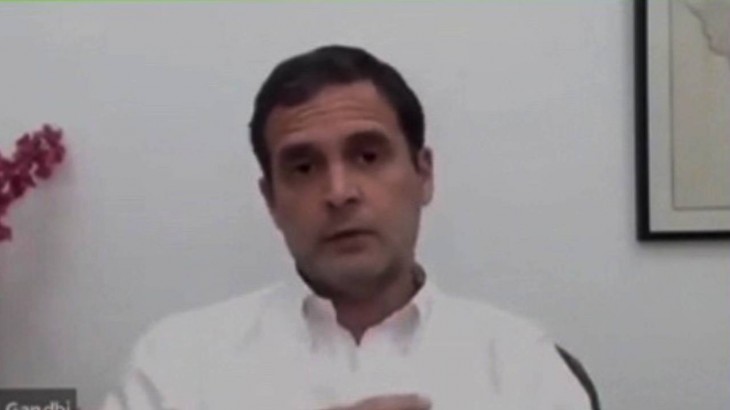 These days, the country Congress party is struggling with internal discord, which has come out in the open on the streets and now the pain of former party president Rahul Gandhi has also been spared. Rahul Gandhi participated virtually in an online program at Cornell University on Tuesday. During the dialogue in this program, Rahul Gandhi’s pain was relieved due to the discord in the Congress. Rahul said that I have been talking about promoting internal democracy in the Congress for many years. I was criticized by people of my own party for this. He said that I told the people of my party that it is definitely necessary to bring internal democracy in the party. This is my question to you.

Former Congress president Rahul said, ‘I have been in favor of internal democracy in the Congress for a decade. I encouraged elections in youth and student organizations. I am the first person who has considered democratic elections important in the party. He said that for us, Congress meant an organization fighting for freedom, which gave the Constitution to India. He said that it is important for us to maintain democracy and democratic processes.

She also spoke about the emergency

During this time, Rahul Gandhi also spoke on the emergency imposed by grandmother Indira Gandhi. He described the Emergency as wrong. Rahul said that it was the grandmother’s mistake, but the party did not take advantage of it. With this, Rahul defended it. He said that there is a big difference between what is happening right now and what was happening at that time. The Congress Party has never tried to grab the constitutional structure of India. The design of the party does not allow this. Even if we want, we cannot do this.

In the program, Rahul also targeted the BJP and the RSS fiercely. He said, ‘The present government is hurting India’s democratic system. The independence of every institution in India is under attack. RSS is infiltrating everywhere. He said that Congress has been fighting for democracy for decades only when there is a discussion about democracy within our party. In any other party, whether it is BJP, BSP and SP, there is no talk of democracy within the party.