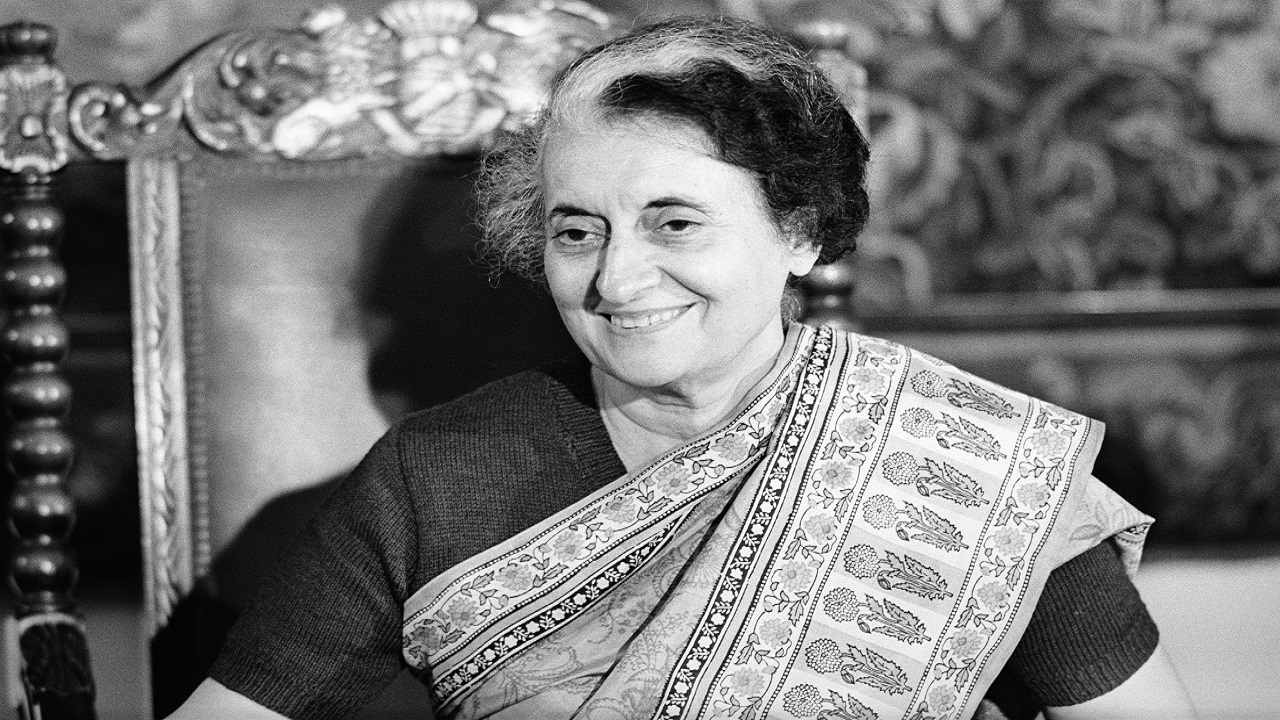 The Congress party won a landslide victory in the general elections held in March 1971. Out of the total 518 seats, Congress got more than two-thirds (352) seats. Earlier, its internal structure was weakened due to the continuous division of the Congress Party. In such a situation, the party had no other option but to depend on Indira Gandhi. In this election, Indira Gandhi was elected from her old seat of Lok Sabha i.e. Rae Bareli in Uttar Pradesh with more than one lakh votes. But his rival Rajnarayan, a candidate of the United Socialist Party on this seat, challenged his victory in the Allahabad High Court. The case came to be known as ‘Indira Gandhi vs Rajnarayan’.

Rajnarayan was a strong socialist leader from Varanasi in Uttar Pradesh. He had policy differences with Indira Gandhi on many issues. Therefore, he fought and lost against Rae Bareli many times. Even in 1971, he had to face defeat here but he challenged this victory of Indira Gandhi in Allahabad High Court. 1975 was the month of March. The most unique case of independent India was going on in the court of Justice Jagmohan Lal Sinha of Allahabad High Court. The hearing had begun in the case of Rajnarayan vs Indira Gandhi, a Dhakad Socialist leader from Banaras. The case was related to the 1971 Rae Bareli elections. Rajnarayan’s allegation was that Indira Gandhi won the Lok Sabha election by misusing the government machinery, he was demanding the cancellation of Indira Gandhi’s election. Arguments started from both sides in Justice Sinha’s court. After hearing the arguments, Justice Sinha ordered Indira Gandhi, who was also the Prime Minister of the country at that time, to appear before the court to record her statement.

Also read- Rahul Gandhi considers Emergency to be a mistake, BJP said – this will not end the crime.

March 18, 1975, this was the first time in Indian history when the Prime Minister of the country was going to appear in the court. The case was such that Justice Sinha, the lawyer of the plaintiff defendants and the people present in the court had also prepared very vigorously for the hearing. The biggest question was related to the protocol. There is a tradition of standing in front of judges only in the courts, but when the PM himself is appearing in the court? Shanti Bhushan, a famous lawyer appearing for Rajnarayan, told a magazine that before Indira entered the court, Justice Sinha said that people stand in the courtroom only when the judge comes, so when Indira Gandhi comes, someone Should not stand, people were distributed nearby for entry. Then at around 10 o’clock, when the Indira Gandhi court was presented in the court, the noise in the premises increased. At the same time, loud slogans started outside the court. In the court, Indira Gandhi had to answer questions related to her election for about 5 hours.

It was 10 o’clock in the morning of June 12, 1975. Allahabad High Court’s courtroom number 24 was full. A huge crowd was standing outside. The eyes of the world were fixed on the court because it was necessary to give a decision on the case of Rajnarayan v. Indira Gandhi. As soon as Justice Jagmohan Lal Sinha entered the court, people stood and greeted him. During the hearing itself, it was clear from Justice Sinha’s talk that he agreed with Rajnarayan’s arguments. Of the 7 issues which were counted against Indira Gandhi in Rajnarayan’s petition, in 5, Justice Sinha gave relief to Indira Gandhi. But he found Indira Gandhi guilty on 2 issues.

According to the verdict given by Justice Sinha, Indira Gandhi was disqualified to contest elections under the Representation of People Act for the next 6 years. Justice Jagmohan Lal Sinha, in his judgment, admitted that Indira Gandhi misused government machinery and resources, so it is illegal to elect her MP according to the Representation of People Act. However, giving some relief to the Congress party, the court gave three weeks time to create a ‘new system’. He also freed Indira Gandhi from corruption charges. The Congress party raved a lot on this decision of the Allahabad High Court. But in the situation of the party at that time, it could not be imagined that anyone other than Indira Gandhi would become Prime Minister.

It is said that the then Congress President DK Barua, who gave the slogan of ‘India is Indira, Indira is India’, suggested to Indira Gandhi that he should become the Congress President till the final decision is taken. Barua said that he would become the Prime Minister. But it is said that at the time when this discussion was going on at the Prime Minister’s residence, at the same time, Indira Gandhi’s son Sanjay Gandhi came there. He took his mother to shore and advised her not to resign. He explained to Indira Gandhi that no leader of the party can be trusted as Prime Minister. Sanjay told her that she would immediately lose the impeccable position she had achieved in the party with considerable effort in the last 8 years. According to experts, Indira Gandhi agreed with her son’s arguments. She decided that instead of resigning, she would challenge this decision in the Supreme Court, taking advantage of the delay of 20 days. 11 days later, on 23 June 1975, Indira Gandhi challenged this decision in the Supreme Court and requested that the High Court’s decision be stayed completely.

The next day, Justice VR Krishna Iyer, the judge of the Supreme Court’s summer vacation bench, said in his decision that he will not put a complete stay on this decision. The Supreme Court allowed her to continue as Prime Minister but said that she cannot vote as an MP till the final verdict comes. The court also upheld the ban on taking salary and allowances of Indira Gandhi as MP. Senior journalist Kuldeep Nayyar had mentioned in one of his books that after this decision, when he asked Jagjivan Ram if Indira would resign, he did not say and if this happens then there will be panic in the party. This decision of the court made the opposition more aggressive. On the next day of the Supreme Court’s decision i.e. on June 25, Jaypee’s rally was held in Delhi’s Ramlila Maidan. JP demanded Indira Gandhi’s resignation, calling her selfish and devoid of Mahatma Gandhi’s ideals.

At that rally, the excerpt from a poem by Ramdhari Singh Dinkar said by JP has become a slogan in itself. This slogan was – Empty the throne that the public comes. JP said that now the time has come that the country’s army and police should do non-cooperation with the government while performing their duties. Citing this decision of the court, he called upon the jawans to disobey the orders of the government which do not confess to their souls. Political analysts believe that Indira Gandhi’s position became fragile after the court’s decision. Even though the Supreme Court had allowed him to continue in the post, the entire opposition had hit the streets. According to critics, Indira Gandhi somehow wanted to remain in power and she did not trust anyone in her party. In such a situation, he decided to impose emergency. For this, he took the excuse of Jayaprakash Narayan’s statement. 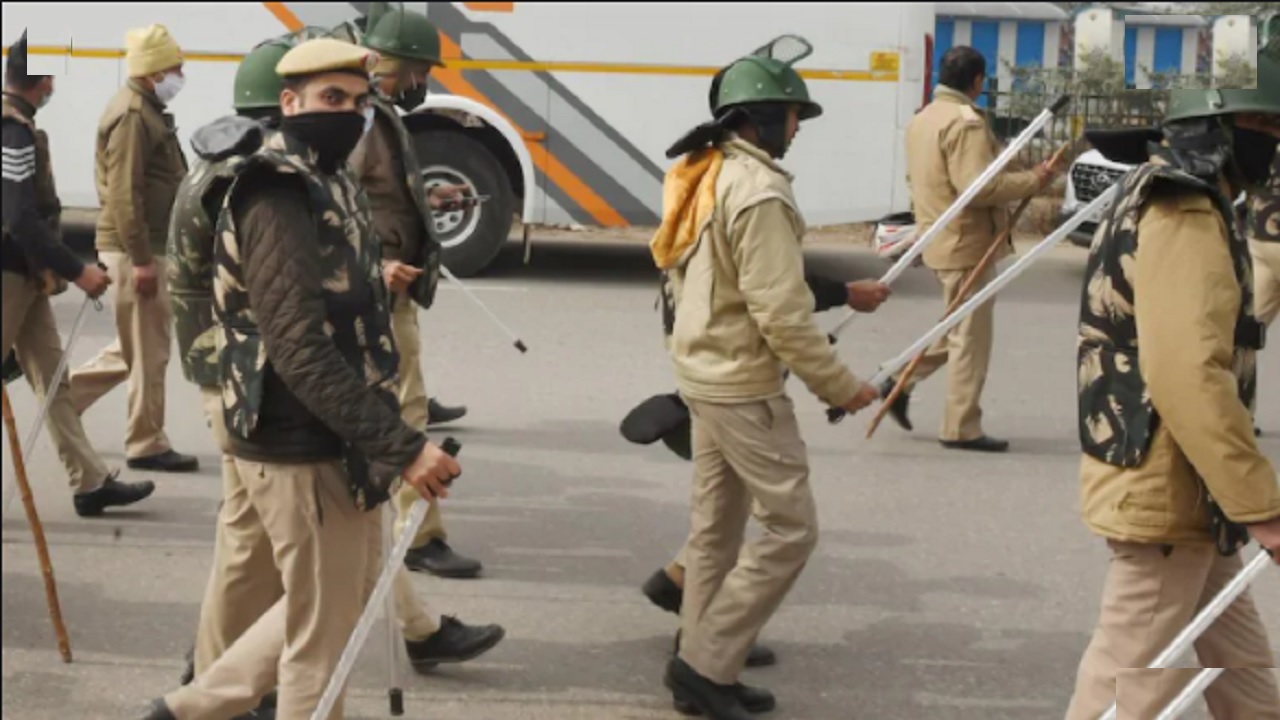 Democracy is suffering because of the uproar