SKM and Farmers Oppose BJP in 5 Poll Bound State, Rally in Kolkata on 12th March, Know Other Activities BJP Will Oppose Farmers in 5 Election States, Rally in Bengal on March 12

SKM and Farmers Oppose BJP in 5 Poll Bound State, Rally in Kolkata on 12th March, Know Other Activities BJP Will Oppose Farmers in 5 Election States, Rally in Bengal on March 12


Representatives of SKM will visit these states and participate in various programs for this purpose. It will start from Kolkata (Kolkata) on 12 March. 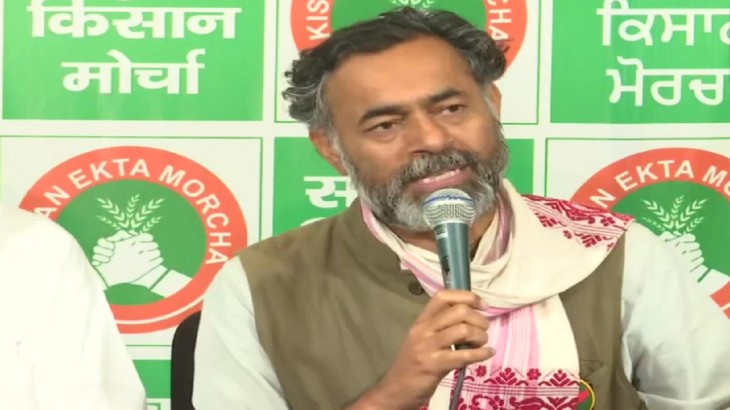 The Farmers Protest, which started against the farm laws, has now come out against the Bharatiya Janata Party (BJP). It is going to be 100 days of the movement and about this, the United Kisan Morcha (SKM) has prepared a detailed action plan to give an edge to its sit-in demonstration in the coming days. The biggest aspect of this is that in the assembly elections going to be held in five states, the Morcha has openly announced to create an atmosphere against the BJP. The SKM has said that in the states where elections are to be held, the Kisan Morcha will make an appeal to the public against the anti-farmer, anti-poor policies of the BJP. Representatives of SKM will visit these states and participate in various programs for this purpose. It will start from Kolkata (Kolkata) on 12 March.

5-hour blockade of KMP Expressway on 6 March
On 6 March 2021, it will be 100 days since the protests on the borders with Delhi begin. On that day, there will be a 5-hour blockade on the KMP Expressway connecting the various protest sites of Delhi and Delhi border. It will be jammed between 11 am to 4 pm. Here toll plazas will also be exempted from paying toll fees. Black flags will be waved at homes and offices to support the movement in the rest of India and to protest against the government. The United Kisan Morcha has also called on the protesters to tie the black bandage that day.

Women will hold protest front on Women’s Day
The Kisan Morcha further said that on March 8, on the occasion of International Women’s Day, the women protesters will be brought to the fore at all the protest sites. From March 5, the ‘MSP Dilao’ movement will be launched in Karnataka, asking the PM to ensure the MSP for the crops. Will go. Balbir S. Rajewal of Bhartiya Kisan Union further said that we will send separate teams for elections in West Bengal and Kerala. We will not support any party, but will appeal to the people to vote for the candidates who can defeat the BJP. We will tell people about Modi government’s attitude towards farmers.

BJP leaders will ban the entry of the village
Swaraj India founder Yogendra Yadav said that we have had a meeting with 10 trade organizations. On March 15, workers and workers from all over the country will take to the streets and protest outside the railway stations to protest against the privatization of the government sector. He said that an effort was made to end this movement on behalf of the government. The 3 Union Ministers of Haryana who are in the Central Government, the entry of those 3 Union Ministers in their village will be banned. With this, SKM will launch ‘MSP Dilao Abhiyan’ across India. Under the campaign, the reality of the price of farmers’ crops in various markets will be shown, which will expose the false claims and promises of the Modi government and the MSP. The campaign will be launched in the southern Indian states of Karnataka, Andhra Pradesh and Telangana. Farmers all over the country will also be included in this campaign.