New Delhi: Union Health Minister Dr. Harsh Vardhan and his wife today went to Delhi Heart and Lung Institute in Panchkuiya Road, Delhi to get the Corona vaccine. Both took Corona’s first dose. Dr. Harsh Vardhan and his wife took a slip of Rs 250-250 at the Delhi Heart and Lung Institute and took the first dose of the Kovid vaccine. Earlier yesterday, on the first day of the second phase of vaccination, 1,28,630 beneficiaries aged over 60 years and 18,850 beneficiaries aged 45 years and above were given the first vaccine of Kovid-19.

According to the Union Health Ministry, more than 1.47 crore doses of the vaccine have been given so far in the country. On Monday, 25 lakh beneficiaries got registered after the registration process started on the Co-Win website at 9 am. Of these, 24.5 lakhs are ordinary citizens and the rest are health workers and advance personnel. 6.44 lakh ‘bookings’ were done by the beneficiaries on Monday for getting the vaccine. “As per the provisional report received till 7 pm on Monday evening, a total of 1,47,28,569 doses of the vaccine have been given so far,” the ministry said. The Ministry said that 4,27,072 doses were given till 7 pm on Monday, the 45th day of nationwide vaccination.

The first dose was taken by the Prime Minister, the Vice President and others.

Prime Minister Narendra Modi was given the first dose of the indigenous ‘Covicin’ vaccine of Bharat Biotech at the All India Institute of Medical Sciences (AIIMS) at around 6.30 am. Later, the Prime Minister appealed to all those who are eligible under the second phase of vaccination campaign to get vaccinated. AIIMS chief Randeep Guleria said that Prime Minister Modi was vaccinated at around 6.30 am and then kept under observation for about half an hour as per the procedure, after which he left. “He is fine after being vaccinated,” said Guleria. He will be given a second dose of the vaccine after 28 days.

The vaccination campaign started on 16 January

In addition to ‘Covaxin’ in the country, a dose of Oxford-AstraZeneca vaccine ‘Kovishield’ is also being given. The vaccination campaign started on January 16 for health workers and sanitation workers in the country. At the same time, thousands of people queued up to take the vaccine at government and private health centers in the country on the expansion of the vaccination campaign. There were also reports of technical hiccups in the campaign and some people said that they had difficulty in registering on the Kovin app. The Union Health Ministry clarified that the Kovin app available on the Play Store is only for administrators to use and to get Kovid-19 vaccinated, one has to register on the Kovin portal. The ministry said that till one o’clock in the afternoon more than one million citizens had registered on the Kovin portal. 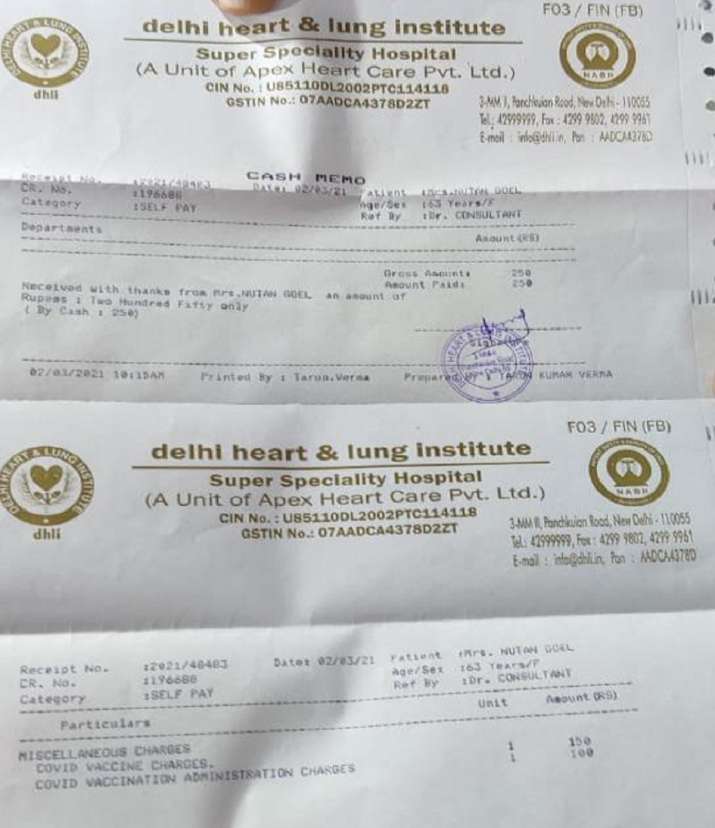