After the train accident in Godhra in 2002, the Congress had won the election here for years, but it will be the first time that AIMIM is now occupying the seats on which the Congress dominated. 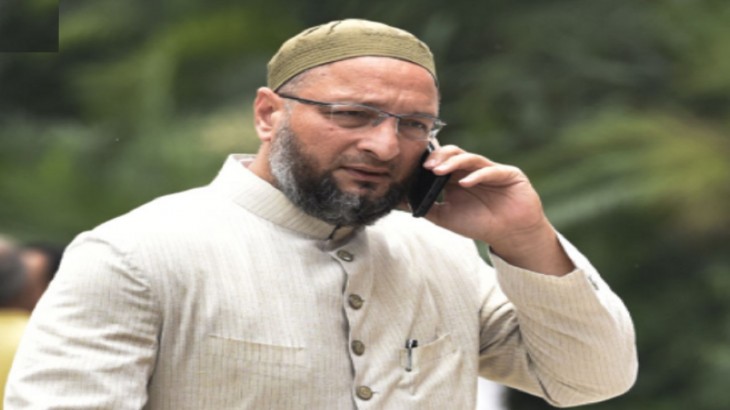 Astonishing performer in Bihar assembly elections Asaduddin Owaisi The magic of AIMIM’s party Gujarat (Gujarat) In the local body elections of the state, people have raised their heads in some areas. For the first time in the state, it entered the fray in alliance with the Indian Tribal Party (BTP) AIMIM The performance of the local body was very good in the elections. Owaisi’s party in Godhra, Modasa and Bharuch in a way Congress He has given a tough defeat. The great success in the civic elections has increased the possibility that AIMIM should repeat its recent alliance in the next assembly elections.

Victories in Bharuch and Modasa including Godhra
Out of the 44 municipal seats in Godhra, AIMIM contested 8 seats, out of which it won 7 seats. BJP has got 18 seats in Godhra. There is only one seat in the Congress account. Others have won 18 seats. AIMIM has also won one seat in Bharuch. At the same time, Parcham Phhra has become the main opposition party in 5 seats in Modasa municipality. In Modasa, BJP has won 19 seats. Here the Congress has got only 3 seats.

Congress used to occupy Godhra
It is worth noting that Asaduddin Owaisi of AIMIM also addressed election public meetings in Godhra and Modasa. Godhra also becomes important because after the train accident in Godhra in 2002, Congress had won the election here for years, but it will be the first time that AIMIM is now occupying the seats which were dominated by Congress. . AIMIM also succeeded in opening its account in Bharuch. However, the party’s performance here was not very good. Of the 8 seats in Bharuch, only one seat could be found.

BJP’s clean sweep
Significantly, the BJP has made a clean sweep in the entire Gujarat civic elections. BJP’s victory in the state has once proved that it is not easy to make a dent in its vote bank. These elections have been very disappointing for the Congress. However, these elections have been a joy for the Aam Aadmi Party and MIM. While on one hand you have managed to become the main opposition party by winning 27 seats in Surat, the MIM has previously won seven seats in Ahmedabad and now there are reports of success in Modasa and Godhra.