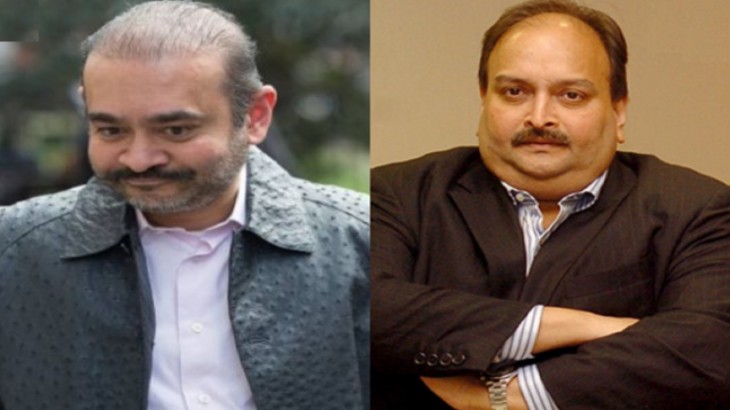 Late in the morning, the path of the fugitive uncle-nephew duo coming to India is clear. (Photo Credit: News Nation)

The stars of the uncle-nephew duo, who made a big lime to the Punjab National Bank (PNB), have come into the limelight. Initially, the extradition of diamond business nephew Nirav Modi (Nirav Modi) to Britain was cleared by India, now Antigua and Barbuda revoked citizenship of Mama Mehul Choksi under the Caribbean Nation’s Investment Program (CIP) Is done. It is worth noting that a few days ago in February, the Enforcement Directorate seized assets worth more than Rs 14 crore in a raid on fugitive businessman Mehul Choksi in the Punjab National Bank scam. Choksi has been living in Antigua and Barbuda for a long time. Nirav Modi’s maternal uncle in Mehul Choksi’s relationship with the partner in the case of fraud with the bank. Nirav Modi is also another main accused in this alleged fraud case of more than Rs 13,500 crore, whose path of being brought to India from Britain is gradually clearing.

British court approves Nirav’s extradition, although it will take time now
Recently, in a court in Bitrain, the way for Nirav Modi’s extradition to India has been cleared. Although Nirav has the right to appeal against this decision due to technical screw-o-kham, but it has been decided that he will not get relief even in the case sent to the Home Secretary. Currently, Nirav Modi, caught under the Red Corner Notice, is lodged in London’s Wandsworth Jail. Home Minister Preeti Patel will put her final stamp on the court’s decision on extradition. After this, the process of bringing this wanted fugitive from India to Mumbai Jail will begin. After the court verdict, Nirav Modi has the option of going to the upper court. He can appeal against the verdict in the High Court, for which he has 28 days. After a setback from the High Court, he can go to the Human Rights Court. Apart from this, he will have the option of going to European court talking about human rights.

PNB levied 14 thousand crores
It is worth noting that Nirav Modi and his maternal uncle Mehul Choksi, along with bank officials, fraudulently loaned more than 14 thousand crore rupees in Punjab National Bank. This fraud was done through a letter of guarantee. Two major cases under bank scam and money laundering have been registered in India by the CBI and the Enforcement Directorate. Apart from this, some other cases are also registered against him in India. Nirav Modi, who is familiar with the diamond business, is originally from Gujarat. Her father was involved in the diamond trade and this was further pursued by Nirav Modi. Nirav came into the limelight when the Golconda necklace of Nirav Modi’s company Fire Star Diamond was sold for Rs 16.29 crore at an auction in 2010. According to the 2016 Forbes list, Nirav, who owns property worth 11, 237 crore was ranked 46th in the list of richest people in the country.