PM Narendra Modi will address the nation through radio program ‘Mann Ki Baat’ at 11 am on Sunday. You can hear and watch this program of Prime Minister Narendra Modi on All India Radio, Doordarshan. 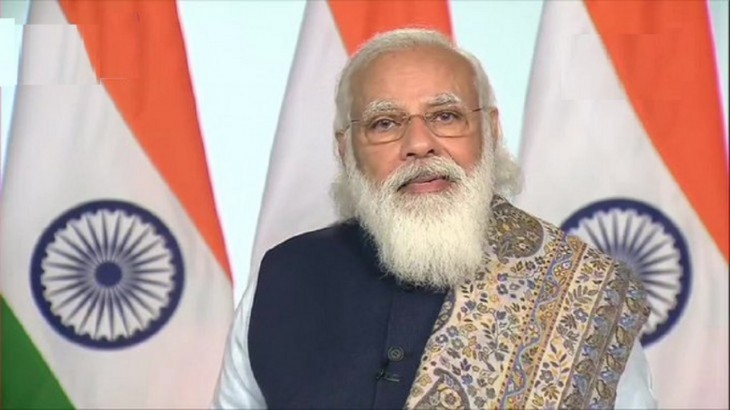 Also read: Woman made this video before jumping into Sabarmati river, read here

Significantly, earlier in the 73rd Mann Ki Baat program, PM Narendra Modi had mentioned the violence during the tractor parade of farmers and said that the nation is saddened by the insult of the tricolor on 26 January. PM Modi (PM Modi) expressed grief over the violence in the capital Delhi on the occasion of Republic Day. He said that the country was very sad to see the insult of the tricolor on 26 January in Delhi. We have to fill the time ahead with new hope and innovation. We showed exceptional restraint and courage last year. This year too, we have to work hard and prove our resolve.

Prime Minister Narendra Modi praised Team India for winning the Test series in Australia. He said that this month the cricket pitch got very good news. Our cricket team made a spectacular comeback after the initial difficulties and won the series in Australia. Hard work and teamwork of our players is motivating. In Mann ki Baat, PM Modi also discussed about the country-made vaccine to eradicate the corona viral epidemic.

Regarding the world’s largest vaccination campaign being run by India, the PM said that with the beginning of this year, our fight against Corona has also been completed for almost a year. Just as India’s fight against Corona has become an example, so now our Vaccination Program is also becoming an example in the world. You know, what is even more proud? We are also undertaking Vaccination of our citizens at the fastest speed in the world along with the largest Vaccine Program.