Apart from advocating the ethnic census, Athawale said that Marathas in Maharashtra, Jats in Rajasthan and Kshatriyas in Uttar Pradesh are demanding reservation. They are demanding from the government that all these should get 10-15 percent reservation. 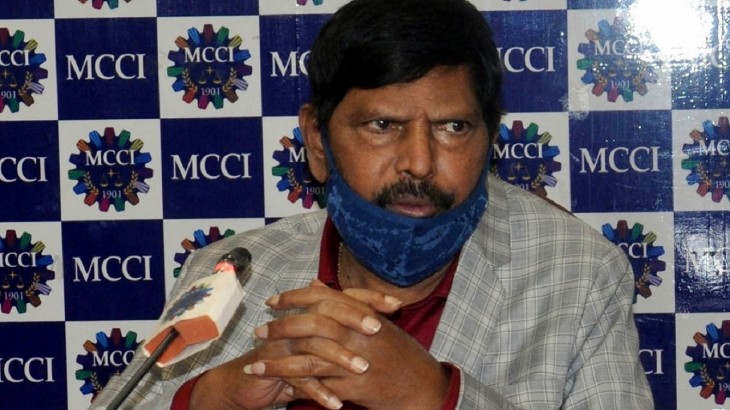 Union Minister of State for Social Justice and Empowerment Ramdas Athawale has demanded 15 percent reservation for Kshatriyas in Uttar Pradesh. Athawale was in Lucknow on Saturday where he spoke to reporters. He said that people of any fraternity who live below the poverty line should get reservation. He demanded 15 percent reservation for the Kshatriya society. He said about the peasant movement that our government is not against the farmers. We support them. He said that the demand for agricultural laws is not right.

If a law is withdrawn, then there will be more demands in the same way. Taking a dig at the farmers leaders, he said that the farmer leaders are hurting the farmers. Apart from advocating the ethnic census, Athawale said that Marathas in Maharashtra, Jats in Rajasthan and Kshatriyas in Uttar Pradesh are demanding reservation. They are demanding from the government that all these should get 10-15 percent reservation.

National President of the Republican Party of India Ramdas Athawale took a sharp dig at the Congress National Secretary General Priyanka Gandhi Vadra’s visit to Varanasi today. He said that Priyanka Gandhi should go to Vadra temple or anywhere, it cannot be good for Rahul to be in the Congress party. He has appealed to BJP to give RPI five to six seats in UP in the upcoming assembly elections. At the same time, he demanded to do caste-based census and said that it will not increase casteism.

He said that assembly elections are going to be held in five states recently. During this time, his party will contest elections in all states. The chairman of RPI, an ally in the NDA government, said that talks are going on with the Bharatiya Janata Party about seats everywhere. Wherever there will be no compromise on the seats, we will support the NDA. He said that BJP’s victory in four states is almost certain, BJP can win in Kerala too.

Athawale said on the question of Bhima Army chief Chandrashekhar’s activism in Uttar Pradesh that he is not going to make any significant impact. If he wants, then come to RPI. Also, if BSP chief Mayawati also comes in RPI, then she will make him national president. The Union Minister said that he is also going to meet Chief Minister Yogi Adityanath today. On the question of rising inflation, Ramdas Athawale said that the central and state governments should reduce some taxes.