Abhishek Manu Singhvi said all congress leaders are an integral part of the Congress family.

Abhishek Manu Singhvi said all congress leaders are an integral part of the Congress family.


There is dissatisfaction in the party due to the North-South remarks of former Congress President Rahul Gandhi and the frequent neglect of the G-23 faction. Congress senior Abhishek Manu Singhvi reacted to the G-23 in Jammu, 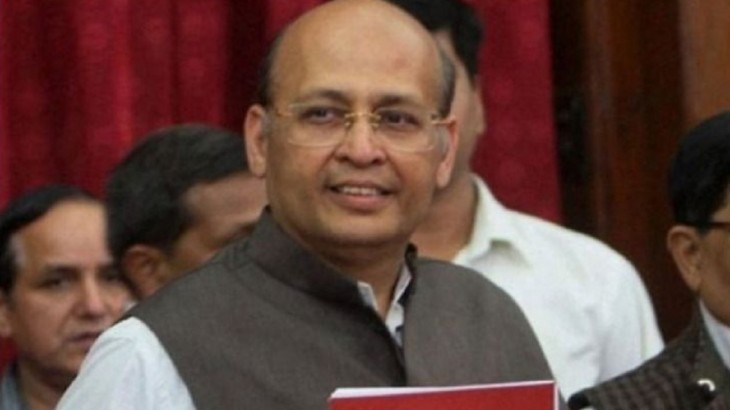 There is dissatisfaction in the party due to the North-South remarks of former Congress President Rahul Gandhi and the frequent neglect of the G-23 faction. Congress senior Abhishek Manu Singhvi (Abhishek Manu Singhvi) has reacted to the G-23 in Jammu. He replied to the News Nation question that all are respected persons. All these are an integral part of the Congress family, which we respect. Congress leader Abhishek Manu Singhvi said that the Congress feels that when there are elections in five states, these leaders strengthen the Congress in the electoral states. We and he are proud that he (Ghulam Nabi Azad) has spent 7 terms in Parliament. Sonia Gandhi made him the Chief Minister of Jammu and Kashmir, sometimes a minister, sometimes a general secretary. Those who have questioned the ‘use’ of Azad are probably not aware of this history.

Congress did not understand the experience of Ghulam Nabi Azad, Kapil Sibal’s attack

Senior Congress leader Kapil Sibal, who called for the Congress not to be an option, directly took the Gandhi family’s understanding directly and indirectly. He said that we did not want Ghulam Nabi Azad to be free from Parliament. They have experience and the Congress is unable to understand their experience. do not know why? Anand Sharma and Bhupendra Singh Hooda also spoke their minds while singing the tune of Sibal.

Congress could not understand Azad’s experience
He said at the ‘Peace Conference’ held in Jammu that we did not want Ghulam Nabi Azad to be freed from Parliament. This is because Ghulam Nabi Azad has experience. We do not understand why the Congress party is unable to understand his experience. After the Bihar assembly elections, Kapil Sibal, who spoke about the permanent president of the Congress and the organization, said that we wanted to strengthen in every district of the Congress. We do not want the country to become weak in the absence of strong opposition. For this, we are also ready to offer any sacrifice. Along with this, Kapil Sibal also took a dig at the Modi government. He said that the government does not do what it says in the name of Gandhi. Gandhiji walked on the path of truth, but this government is walking on the path of lies. Gandhiji walked on the path of non-violence and he is walking on the path of violence.

Central government upset the balance: Anand Sharma
The Congress has weakened in a decade and our voice is to strengthen the Congress. Our fight will continue from Jammu to Nagpur. We are identified with the Congress and the identity of the Congress is with us. Nobody can tell us what the Congress is. He said that if there are different ideas in the house itself, but he cannot understand any one idea and misunderstand his idea, then it is difficult to walk home. It is believed that Anand Sharma said this on the statement of former president Rahul Gandhi. Along with this, while targeting the Modi government, he said that the balance that is disturbed is to fight together with other political parties of the country. Especially the political parties which have the same ideology. In all the states where there is an election, the Congress party will fight with full force everywhere.

Congress will strengthen opposition: Bhupendra Singh Hooda
Commenting on Ghulam Nabi Azad, Bhupendra Singh Hooda said that Ghulam Nabi Azad is neither free from politics nor will he be free from Parliament. This has got a new opportunity in his life. While praising Azad, Hooda said that the most important role in my life is his. In my view, he is the biggest nationalist. He said that some are in Congress and some are in Congress. Ghulam Nabi is free among such leaders. Opposition is weak in light of Modi government. Today, all of us together have to strengthen the opposition. Strengthen Congress Party only then the country will be strong.