new Delhi: Today, there is news of relief for railway passengers today. Indian Railways has taken a big decision which will benefit thousands of passengers. Indian Railways has taken this decision regarding special trains at a very special route. Railways has announced to run Rajdhani Superfast Special train running between Delhi and Mumbai from January 19 for seven days. Giving information about this, Central Railway said that Chhatrapati Shivaji Maharaj Terminus Mumbai-Hazrat Nizamuddin Rajdhani Superfast Special train will run all seven days from January 19. 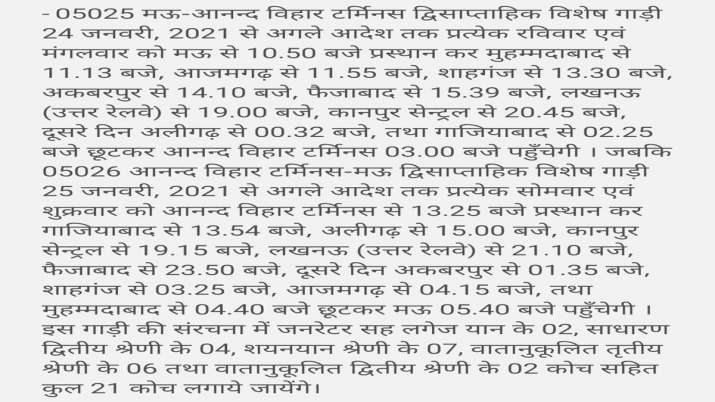 05076/05075 Tanakpur – Shaktinagar – Tanakpur (four days a week) It has been decided to start the movement of special trains. While giving the information, the Railways said that the general public is informed that every Tuesday, Thursday, Saturday and Sunday from train number 05076 Tanakpur from 2-2-2021 till the next order. Train number 05075 has been made on every Monday, Wednesday, Friday and Sunday from 03-02-2021 from Shaktinagar to the next order. 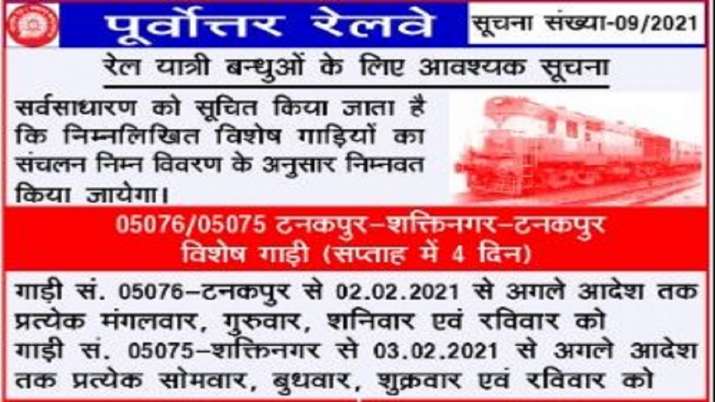