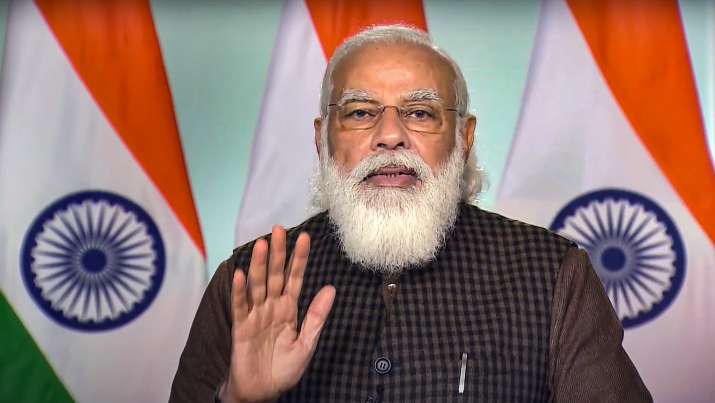 New Delhi: Prime Minister Narendra Modi said on Friday that when workers working in other states returned to their villages in the Corona transition period, then those states who once used to “humiliate” them, came to know their importance. . The Prime Minister did not name any particular state during his remarks. Industrial activity in many major cities including Delhi and Mumbai came to a standstill during the lockdown enforced across the country by the central government to prevent the spread of the corona virus infection and migrant workers started migrating to their villages.

He said this through video conference after laying the foundation stone for projects related to light houses under the Global Housing Technology Challenge-India (GHTC-India) in six cities across six states. Describing the “Affordable Rental Housing Complex Scheme” which provides housing facilities to migrant workers and the urban poor on a low budget, the Prime Minister said that its goal was to take “a big step” during the Corona crisis period. Providing housing facility to workers moving from state or village to cities.

He said, “Before Corona, we had seen that at some places,” outrage-talk “was spoken to people who came from other states. He was humiliated. But at the time of Corona, when all the workers returned to their villages, the rest came to know how difficult it was to live without them. How difficult it is to run a business. How difficult it is to carry on the business of industry. ”He said that by“ folding hands and feet ”, the workers were called back. He said, “Those who did not accept the power and respect of the workers, Corona forced them to accept them.”

The Prime Minister said that in cities, laborers were not able to get proper rental houses and had to live in small rooms where there are many problems like water, electricity and toilets to dirt. He said, “Work in the service of the nation, live life with dignity, it is also the responsibility of all the countrymen. With this thinking, the government is emphasizing to build houses with fair rent along with industries and other investors. It is also an attempt to have the residence in the same area where they work. ”