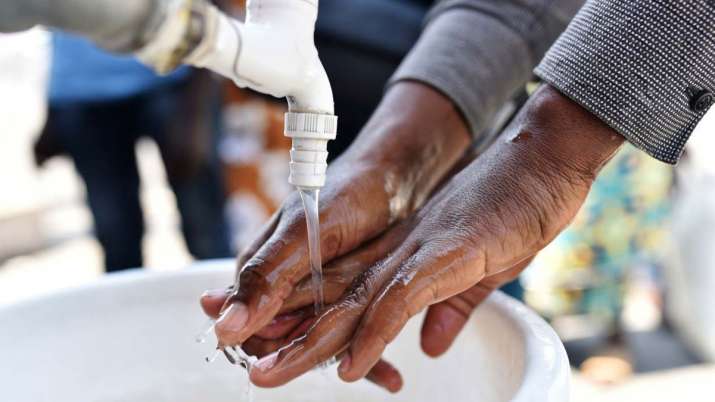 new Delhi: We have been learning since childhood that cleanliness is the sign of healthy life. Maintaining cleanliness is very important for a healthy life and prosperity but the Center for Scientific and Industrial Research (CSIR) Has claimed in one of its reports that people in countries with poor hygiene levels have a lower risk of death from corona than countries that are clean. The report of CSIR is shocking amidst the worldwide havoc of Corona. The CSIR report shows that lower than desirable levels of cleanliness in the country have helped Indians fight Kovid-19 better than other countries.

According to the CSIR report, exposure to pathogens (pathogens) early in life protects people from allergic diseases as they age. This theory is derived from “Hygiene Hypothesis”. It states that a result of better hygiene and safer sanitation methods in high GDP countries is seen as an increase in autoimmune diseases here. It is assumed that better Hygiene Methods can reduce a person’s immunity and may make him susceptible to autoimmune diseases.

Significantly, India is backward both in terms of cleanliness and health. These health conditions of India are emerging as a strength in the coronary period. A new study conducted by Indian researchers has shown that people are less likely to die due to coronovirus disease in countries with poor sanitation, heterogeneous health conditions, and lack of clean drinking water. These studies have been done by researchers from the Council of Scientific and Industrial Research, National Center for Cell Science, Pune and Chennai Mathematical Institute.

There is Hygiene Hypothesis in India, that means if your body has a habit of fighting pathogenic viruses since childhood, then you can face this disease well. Less hygiene means more risk of infection and your immune system works better to fight it. If the immune is not able to fight it, then the attack of the virus will take the person in critical condition. The number of deaths from corona in India is lower than the rest of the developed countries, the biggest reason is that people of India have better immunity to fight against dirt and infection.

A study written by Dr. Shekhar Mande, head of CSIR, states that parasitic and bacterial-transmitted diseases are more prevalent in low and low middle income countries. According to experts, better hygiene and infection risk in developed countries are less, due to which people suffer from autoimmune disorder and allergies. You know the autoimmune disorder is a major cause of deaths from Kovid-19, as the body makes its own hyperactive immune infection-destroying cytokine. Lack of sanitation and low hygiene methods are attributed to the burden of high communicable diseases in countries with low GDP.