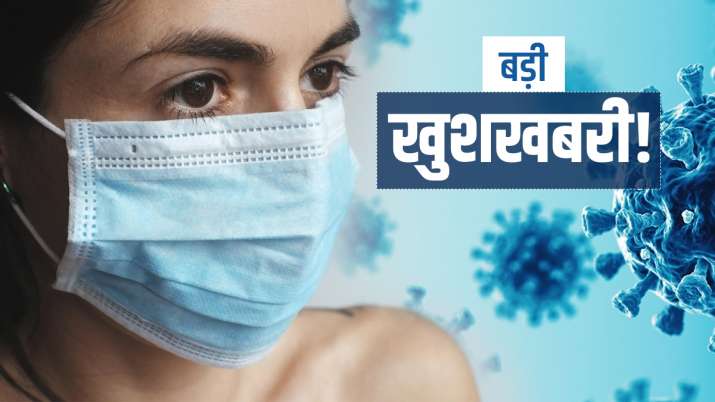 
new Delhi: The whole world is fighting the coronavirus epidemic. India is also battling Corona virus infection. In the midst of this battle against Corona, which has been going on for nine months, now a good news has come. In fact, 179 days later the number of Coronavirus Active Cases in India decreased to 254254 on Friday. Earlier, in 179 days, the number of active cases of corona had not decreased so much.

According to data from the Union Ministry of Health, the number of patients undergoing Kovid-19 (Coronavirus Active Cases) nationwide decreased to 2,54,254 on Friday, the lowest in the past 179 days. On July 6 last year, the number of people under treatment was 2,53,287. A total of 2,54,254 people are currently undergoing treatment for corona virus infection, which is 2.47 percent of the total cases.

New cases have been reduced continuously for the last 35 days

The ministry said that 77.61 percent of the people who got infection-free were from 10 states and union territories. He said that in Kerala, the maximum number of 5,376 people a day became infection free. This was followed by 3,612 people in Maharashtra and 1,537 in West Bengal. At the same time, 80.19 percent of the new cases were reported in 10 states and union territories. Kerala had the highest number of 5,215 new cases followed by Maharashtra with 3,509 new cases.

According to the data, 256 more people died from the virus in the last 24 hours. Out of these, 80.47 percent people were from ten states and union territories. He said that of these, 58 were from Maharashtra, 30 from Kerala, 29 from West Bengal and 21 from Chhattisgarh.

According to the figures of the ministry, the death toll is less than 300 for the last seven days. The death rate from Kovid-19 in the country is 1.45 percent. He said that 63 percent of those who died due to the virus in the country were from Maharashtra, Tamil Nadu, Karnataka, Andhra Pradesh and Delhi.