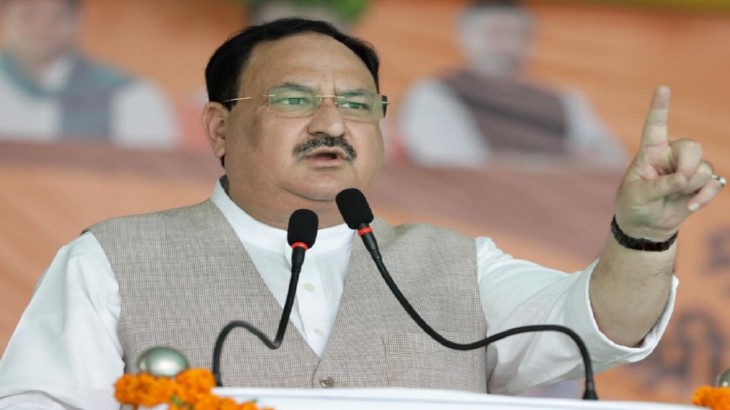 At a time when Kovid-19 shook the society and the country’s economy, Prime Minister Narendra Modi’s call to convert “disaster” into “opportunity” proved to be a profitable deal for the BJP. During this disaster, the saffron party made a foray into new areas in the year 2020 due to welfare programs, organizational strength and ideological campaign run by the BJP-led central government.

Due to the Corona epidemic, the credibility of the governments of the whole world fell and they were seen battling this epidemic, while the economy of every country was affected, while Indian politics wrote a different story during this time. The Congress base also kept decreasing in the passing year and the BJP went ahead brilliantly due to the appeal of Prime Minister Modi. However, this year in the form of farmers movement presented a big challenge to the BJP.

A large group of farmers, especially the farmers of Punjab, started the movement against the three agricultural laws of the central government. This farmers’ movement has emerged as the biggest and serious challenge for the BJP government since it came to power in the year 2014. The Shiromani Akali Dal, which was a long-time ally of the BJP at the Center and in Punjab, has raised the issue with the government and the ruling national. Dissociated with the Democratic Alliance (NDA). Its leader Harsimrat Kaur Badal resigned from the Union Cabinet.

This is the first time that no non-BJP party is represented in the Union Cabinet. After Janata Dal United’s poor performance in the Bihar Assembly elections, its relationship with the BJP is not the sweetness it used to be. Recently, there has been more bitterness in this relationship after six out of seven JDU MLAs in Arunachal Pradesh joined the BJP. What will be the effect of the movement against the agricultural laws on the various borders of Bahraharl, Delhi, will be known in the coming days, but the farmers remain firm on the borders in the freezing cold, worrying for the government. Is made up

Somewhere this movement has spread across the country, in view of the apprehension that the BJP is going among the farmers, the government is busy in resolving this crisis. The beginning of the year 2020 was not good for BJP President JP Nadda. Nadda took charge of the BJP in January after Amit Shah joined the Union Cabinet. After this, the BJP had to face a tough defeat in the Delhi Assembly elections held in February.

This was the first election chaired by Nadda. However, the election of Bihar for Nadda was a relief. BJP contested 110 seats and won 74 while JDU was reduced to 43 seats despite fighting 115 seats. Despite this, Nitish Kumar took command of the Chief Minister of the state. This performance of the BJP in Bihar is also worth noting because there was anger among the people against Nitish Kumar. However, Prime Minister Modi’s personal appeal and the programs run by the central government during the Corona epidemic also showed the effect when the BJP came into a big role in the alliance.

Experts believe that Prime Minister Modi’s call to convert “disaster” into “opportunity” during Corona epidemic, welfare programs for the poor and self-reliant India campaign were taken up by the public. Prime Minister Modi’s laying of the foundation stone for the construction of Ram temple in Ayodhya and the BJP’s demand to enact a law against “Love Jihad” helped to further strengthen its Hindu vote bank. Assembly elections were held in Delhi and Bihar only this year, while assembly by-elections were held in many states including Madhya Pradesh, Uttar Pradesh, Gujarat.

Local bodies elections were also held in many states including Rajasthan, Goa, Hyderabad, Assam and Arunachal Pradesh. The BJP performed brilliantly in these elections and continued the winning streak. In Telangana, the BJP emerged as the main rival of the ruling Telangana Rashtra Samithi (TRS). The victory in the by-election for the Dububak assembly seat and the spectacular performance of the party in the larger Hyderabad Municipal Corporation elections further boosted its spirits. The BJP emerged as the single largest party in the District Development Council elections held in Jammu and Kashmir, while the parties involved in the Gupkar coalition contested the election, repealing Article 370.

Despite this, the alliance got only 110 seats. While the BJP maintained its lead in the Jammu region, it also opened its account in the Valley. Kerala was the only state where the results were disappointing for the BJP. In the local body elections held here, BJP stood at number three against the ruling LDF and Congress-led UDF.