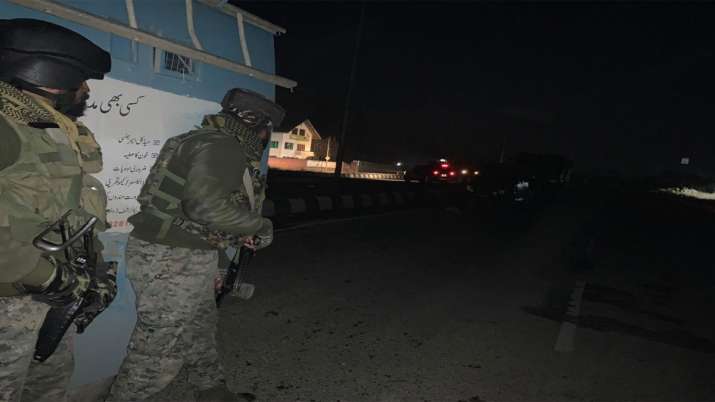 
Srinagar. Three terrorists have been killed in an encounter that began last night in Parampora area. The police gave this information on Wednesday. A police official said the militants attacked security forces during a siege and search operation in Parimpora area on Tuesday evening. He said that after this the siege was further cemented and there was intermittent firing from all sides. Officials said one militant was killed early in the morning while two others were killed a few hours later. He said that detailed information of the campaign should be shared after some time

Till December 29 this year, a total of 203 militants were killed by security forces in Jammu and Kashmir and now the figure has reached 206 after 3 terrorists killed on Wednesday. 166 local terrorists were among the 203 terrorists killed till 29 December. Official sources said that 43 civilians were also killed in the union territory while 92 others were injured. He said that the security forces arrested 49 militants this year while also ensuring the surrender of nine terrorists.

Officials said that this is the result of the coordinated efforts of the Army, Police and Keripub working in the joint security grid. He said that 203 militants were killed in Jammu and Kashmir this year and 166 of them were locals and 37 were of Pakistani or foreign origin. He said that 96 terrorism-related incidents occurred in 2020. He said 43 civilians were also killed in these incidents while 92 others were injured. He said that the number of casualties has decreased compared to 2019, last year where 47 civilians died and 185 others were injured. Sources said that 14 IEDs were recovered during 2020 while 36 IEDs were recovered in 2019.

In 2019, a total of 152 terrorists, including 120 local and 32 Pakistani-origin terrorists, were killed by security forces in Jammu and Kashmir, while 215 terrorists were killed by security forces in 2018. According to the report, in 2018, a total of 257 terrorists, 91 security personnel and 39 civilians were killed in 614 terrorist incidents in Jammu and Kashmir. According to sources, the maximum number of encounters took place in South Kashmir where the maximum number of terrorists were killed. In areas like Shopian, Kulgam and Pulwama, there were cases of recruitment of local youths by terrorist groups and this is also where most encounters took place.