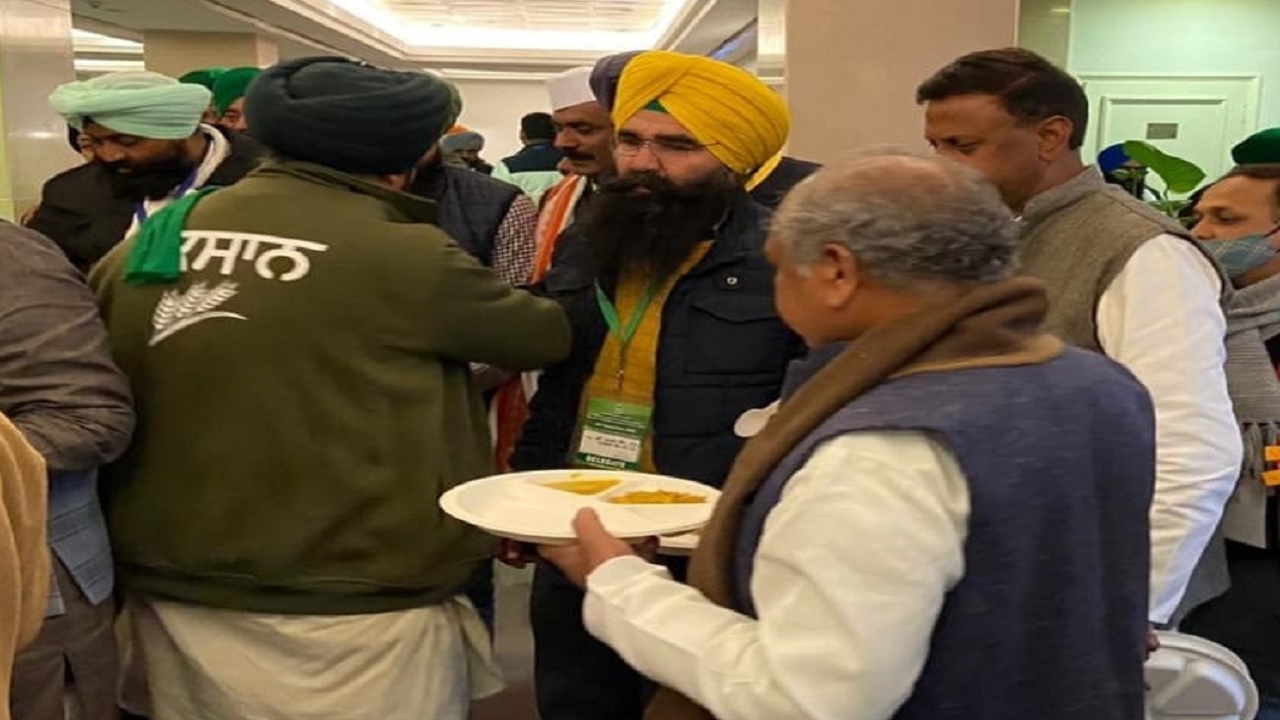 The sixth round of talks between agitating farmers’ organizations and three Union ministers to end the deadlock over agricultural laws for more than a month has started from Wednesday afternoon. 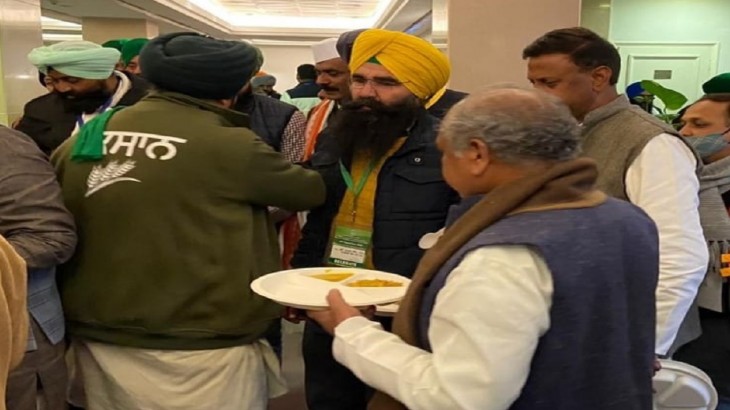 The sixth round of talks between agitating farmers’ organizations and three Union ministers to end the deadlock over agricultural laws for more than a month has started from Wednesday afternoon. Union Agriculture Minister Narendra Singh Tomar, Railway, Commerce and Food Minister Piyush Goyal and Minister of State for Commerce Som Prakash are in discussion with representatives of 41 farmer organizations in Vigyan Bhawan, Delhi. During the meeting, when the food came from the langar for the farmers, all the ministers also picked up the plates and started queuing up. During this, Narendra Singh Tomar, Piyush Goyal along with the farmers had lunch.

After a gap of a few days, the sixth round of talks between the two sides has started. The last meeting was held on December 5. The agitating farmers are firm on their demands that only issues related to the process of repealing the three new agricultural laws and providing legal guarantee on MSP will be discussed. The Center invited unions for talks on December 30 to reach a “logical solution” with an “open mind” to overcome the deadlock over the three new agricultural laws implemented in September.

The United Kisan Morcha had said in its letter on Tuesday that the agenda should include the subject of repealing the three controversial laws and providing legal guarantee on the minimum support price (MSP). The sixth round of talks was scheduled to take place on December 9, but the meeting was canceled after no result in the talks between Union Home Minister Amit Shah and some union leaders. After meeting Shah, the government had sent a proposal to the farmers’ organizations in which seven-eight amendments were made in the new law and written assurances were given on the MSP.

The government refused to repeal all three agricultural laws. Thousands of farmers have been protesting against agricultural laws for more than a month at different borders in the national capital. Most of the farmers in Punjab and Haryana are in the demonstration. The government has said that these laws will improve the agriculture sector and increase the income of farmers, but the demonstrating farmer organizations fear that the new laws will ‘weaken’ the system of MSP and market and farmers will become dependent on big business houses.