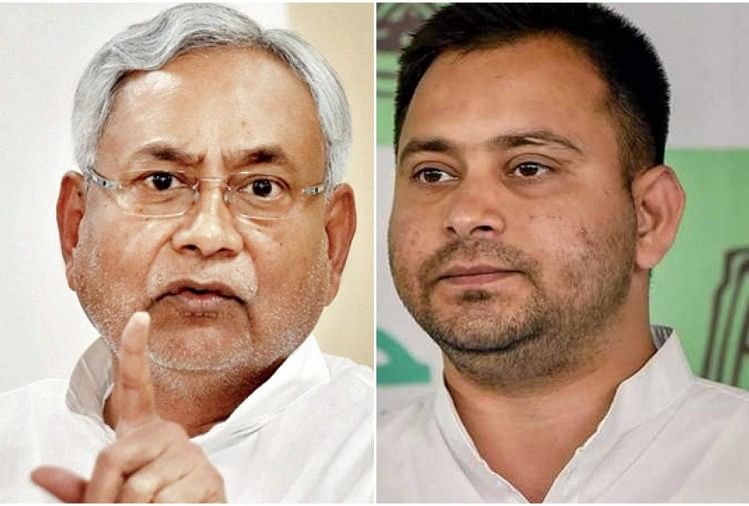 The RJD (Rashtriya Janata Dal) is trying to take advantage of the sourness of NDA constituents in Bihar after JDU MLAs in Arunachal Pradesh joined BJP. Significantly, despite emerging as the single largest party in the assembly elections, the RJD has to sit in the opposition.

Former JDU (Janata Dal United) national general secretary Shyam Razak, who joined the RJD just before the assembly elections, on Wednesday tried to take advantage of the tension in the NDA, claiming that 15 MLAs of Chief Minister Nitish Kumar’s party left him and the RJD. I am ready to come.

Razak said, “Everyone is feeling suffocated in the current alliance, where the Chief Minister seems helpless before the influential BJP.” He claimed that the process of JDU MLAs coming to his court has been postponed as RJD hopes that other MLAs would like to follow his footsteps.

Razak, who was the deputy leader of the JDU in the previous assembly, said that this would make the number sufficient for the division of the party, which would not be wrong under the anti-defection law. JDU currently has 43 MLAs. Razak has claimed this in the latest statements of RJD leaders regarding the development of Arunachal Pradesh.

On the other hand, in the meeting of JDU’s national executive on Sunday, the party passed a resolution condemning the “violation of the soul of coalition politics” in the northeastern state. The party’s national general secretary KC Tyagi said that what happened in Arunachal will not affect Bihar but JDU is definitely ‘hurt’ by it.

At the same time, BJP leaders are repeatedly claiming that the party has not ‘bought’ JDU leaders in Arunachal Pradesh. However, RJD national vice-president Shivanand Tiwari says that there is a link between Dal-Badal in Arunachal Pradesh and Chirag Paswan’s LJP rebellion in Bihar.

Tiwari, who was earlier a part of JDU, said, “LJP would never have done what it did in the assembly elections without a strategic agreement with BJP. The JDU had to suffer and its number came down from the BJP.

Tiwari is of the view that the BJP is settling down with Nitish Kumar to quit the NDA in 2013 and oppose Narendra Modi for the post of Prime Minister. He says that Narendra Modi is someone who ‘never forgets and never forgives’.

Tiwari said that if the Chief Minister thinks of getting out of the NDA, there may be a re-alliance between the RJD and the JDU but at the moment the ball is in his court and he has to decide what is important to him is self-respect or power.

Uday Narayan Chaudhary, who has been associated with the RJD for the past few years but an old confidant of Nitish Kumar, says, “Nitish Kumar should step down from the chief minister’s post and get out of NDA. They should help Tejashwi Yadav form the new government. In 2024, the RJD will support him as the Prime Ministerial candidate, in revenge for his favor.

On the other hand, RJD spokesperson Mrityunjay Tiwari said, “As the official spokesperson of the party I can say that these are his personal views. The national leadership will decide who to support as the prime ministerial candidate. However, he agrees with Chaudhary that Nitish should help Tejashwi become the Chief Minister.

The RJD spokesman said, ‘NDA is unstable and our leaders will form the government in the near future. It would be appropriate for Nitish Kumar to be on the right side in history. Meanwhile, the NDA in Bihar expressed surprise at the enthusiasm in the RJD camp and alleged that the opposition party is hungry for power.