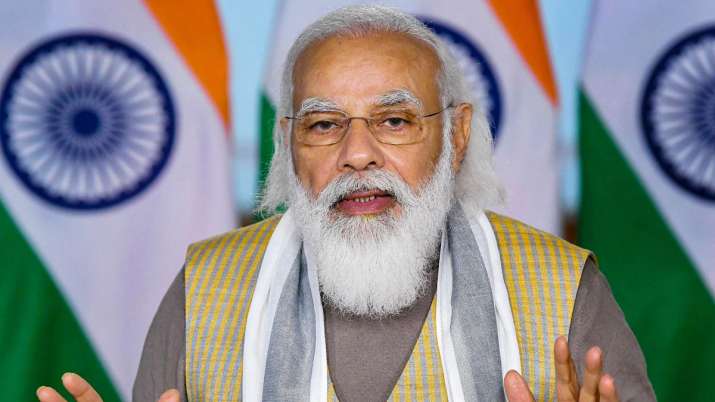 
Kochi: Prime Minister Narendra Modi on Tuesday held talks with representatives of the Jacobite Syrian Christian Church in New Delhi to resolve a years-old dispute between two Syrian church groups in Kerala. The Prime Minister met senior clergy in his office. The day before, he spoke to representatives of the Malankara Orthodox Syrian Church. The two groups issued separate statements on Tuesday, describing their meeting with Modi as “amicable and profitable”.

The dispute between the two factions escalated after the Supreme Court implemented an order granting the 2017 Orthodox faction more than 1,000 churches and possession of their properties. After two separate meetings with the Prime Minister, representatives of the two groups met at a banquet hosted by Governor PS Sreedharan Pillai at Mizoram Bhawan in New Delhi. It was the Governor who arranged his meeting with Modi. The Jacobite group said their representatives drew the Prime Minister’s attention to the group’s ‘religious freedom, freedom of worship and no justice’ and sought their intervention to resolve the dispute.

He described the Orthodox faction as a ‘disgruntled group’ that parted ways with him and is ‘misusing the apex court’s 2017 order in the church dispute case to raise issues’. He said that the issues related to faith in particular cannot be resolved through continuous litigation and these issues should be resolved in different ways. The Jacobite group said in a statement, “The Honorable Prime Minister’s participation is valuable.” The Church said his delegation had appealed to Modi to ‘interfere’ with the protection of his ‘constitutional and fundamental rights’.

It said, “It is also necessary to ensure the democratic rights of the followers of this ancient cathedral, the Jacobite Syrian Christian Church in India.” We will try our best to solve it. According to the statement, “Prime Minister Modiji himself is someone who always cares for the underprivileged.” We feel that today’s meetings were a step in the right direction. ”

The Orthodox group said that the Supreme Court’s decision of July 3, 2017, was placed before the Prime Minister on one main subject, stating that the Malankara Orthodox Church should be an organized church based on the 1934 legislation. His statement said that churches cannot be divided within the church as the public believes. The Orthodox Group said that the Prime Minister listened carefully to many topics and, knowing the ancient roots of the Malankara Orthodox Church, he hoped that some method of reconciliation should be found based on the Supreme Court’s decision.

According to the statement, he also expressed his deep commitment to maintain peace and brotherhood among the people of the community. Earlier, the CPI (M) -led LDF government had tried to mediate between the two factions to resolve the dispute over the management of about one thousand churches. Chief Minister Pinarayi Vijayan’s efforts yielded no results. While the Orthodox faction persisted on its demand that the 2017 Supreme Court order be implemented, the Jacobite faction alleged that the second group was misinterpreting the order and unethically managing the churches. . Due to the protests of both the groups, many times the law and order situation has arisen in many churches in the state.