Kathmandu
The efforts of Communist Party Deputy Minister Guo Yezhu, who is called ‘Chanakya’ of China, who was on a visit to Kathmandu in a hurry to see Nepal slipping, seem to be failing. Chinese minister camping in Nepal and his ‘army’ asked KP Sharma Oli’s rival Pushpa Kamal Dahal, Madhav Kumar Nepal and Jhalanath Khanal to join hands with the Prime Minister again, but these three leaders bluntly said that it was too late It has been done and agreement is not possible.

According to the Nepali newspaper Kathmandu Post, during the meeting with Oli, the Chinese side expressed unhappiness over his decision to dissolve Parliament. Oli told the Chinese side that he was not responsible for the crisis. Oli said that he did not get support from his Nepal Communist Party, because of this he had to take this step in compulsion. The Chinese side then met Prachanda, Jhalanath Khanal and Madhav Kumar Nepal, leaders of the opposing camp of Oli. 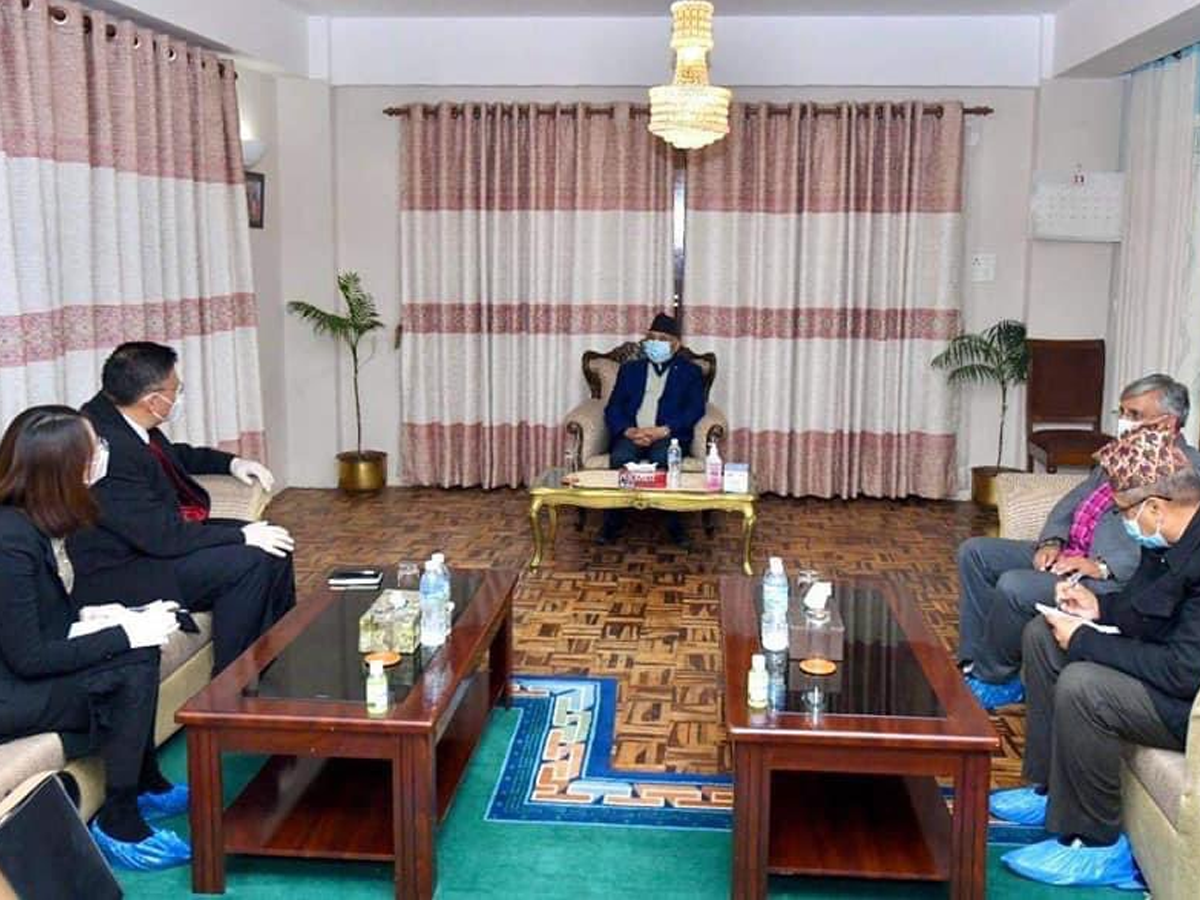 Nepal Political Crisis China: China launches ‘army’ to appease Nepali PM KP Oli, India’s keen eye
Chanakya of China told the three leaders to join hands with Oli again. On this, anti-Oli leaders said that the situation has now reached a place that cannot be corrected. China is also concerned that the recent political crisis in Nepal could prove futile for Chinese President Xi Jinping’s dream of a ‘strategic partnership’ between Kathmandu-Beijing. China is angry that Nepali leaders promised her and are now backing down.

Nepali leaders should handle the dispute properly: China
The Chinese Foreign Ministry also requested conflicting factions of the Nepalese Communist Party on Monday to properly handle their dispute and try for political stability. Asked if Guo’s visit was aimed at political reconciliation between the two factions of the NCP, China’s Foreign Ministry spokesman Zhao Lijian said that China had taken cognizance of ‘developments in Nepal’s political situation’. Nepal Political Crisis: Why did Jinping send his special warlord to Nepal? China revealed
Zhao said, ‘As a friend and close neighbor, we hope that all sides in Nepal will take into account the national interest and the entire scenario and resolve the internal dispute in a proper manner and to achieve political stability and national development Will try He said, “The CPC promotes the principle of inter-party relations characterized by independence, absolute equality, mutually equal and non-interference.” On the other hand, Nepal’s Foreign Ministry has refused to make any comment on China’s handing over. He says that the Chinese minister has come to Nepal without calling and he has no information about them.

China’s ‘Chanakya’ made unity in Prachanda-Oli in the year 2018
According to sources, China is extremely unhappy with the split in the NCP. Chinese Minister Guo is trying to iron out differences between the two factions of the ruling party. Of these, one group is being led by Oli while the other is leading the group. Earlier, Guo visited Kathmandu in February 2018. He played an important role in the formation of Nepal Communist Party by merging between the parties of Oli and Prachanda. This time a whole ‘army’ of officers came with the Chinese minister. Apart from the minister, 11 other Chinese officials have reached Nepal to pressurize the Oli government.