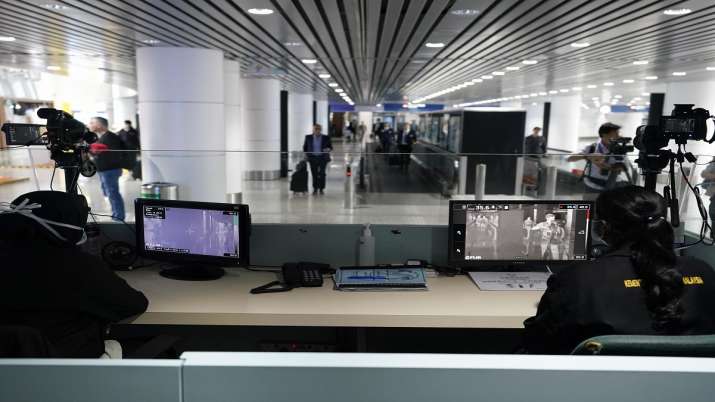 Genome sequencing of all Covid-19 positive passengers who arrived in India from Dec 9 to 22 – Stirred by new strain of Corona in India, Ministry of Health took this step


New Delhi: The new corona virus has also reached India, 6 travelers returned from Britain have been found infected with the corona strain of the new corona virus. The Union Health Ministry is also in action mode regarding the new strain. The Ministry of Health has recently issued special instructions for people coming from Britain to India. According to the instructions of the Ministry of Health, all those international travelers will be part of genome sequencing who arrived in India from December 9 to 22 and have been found infected with the corona virus. The center is doing this exercise so that it can be ascertained whether these people are infected with the new type of virus that has been recently found in Britain.

“All international travelers who have arrived in India in the last 14 days (from 9 to 22 December), if they have symptoms and are found to be infected, are part of the genome sequencing,” the Union Health Ministry’s document on genomic sequencing guidelines states. The new type of korana virus found in Britain has so far been found in Denmark, Netherlands, Australia, Italy, Sweden, France, Spain, Switzerland, Germany, Canada, Japan, Lebanon and Singapore.

The Ministry of Health has set up the Indian SARS-Cove-2 Genomics Consortium for laboratory and epidemic surveillance and the expansion of the entire genome sequencing of corona virus in the country and to understand how the virus is spread and its origin. India has devised a proactive strategy to detect and prevent the mutated type of virus.

This includes temporarily halting all flights arriving from the UK from midnight on 23 December to 31 December and mandating RT-PCR screening of all air travelers returning from the UK. So far a new strain of SARS-COV2 has been found in the samples of six people who returned to India from Britain.

Also read: Government of this state recovered Rs 115 crore fine from those not wearing masks

The Union Ministry of Health said on Tuesday that three samples from the National Mental Health and Neurology Hospital (NIMHANS) in Bangalore were examined for screening, two samples at the Center for Cellular and Molecular Biology (CCMB), Hyderabad, and the National Institute of Virology at Pune ( NIV) found a new type of virus in a sample. The ministry said that the state governments have kept all these people in separate habitat rooms in the marked health care centers and the people in contact with them have also been kept in separate houses.

What is genome sequencing