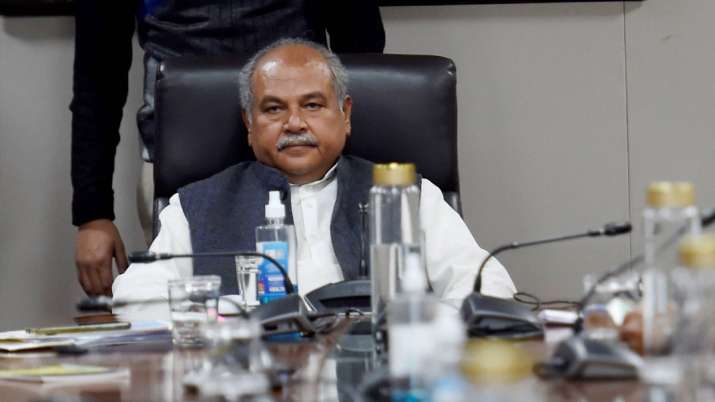 
new Delhi: The meeting between the farmers and the government, which is adamant on the demand for withdrawal of agricultural laws, will be held on 30 December. The government wrote a letter and told that this meeting will be held at Vigyan Bhawan at 2 pm. Today, Home Minister Amit Shah held a meeting with Agriculture Minister Narendra Tomar, Commerce Minister Piyush Goyal regarding the farmers movement. The meeting lasted for about half an hour. Agriculture Secretary was also present in this meeting.

Attempts to mislead farmers will not succeed: Rajnath Singh

Defense Minister Rajnath Singh had said earlier on Sunday that efforts to mislead farmers on new agricultural laws will not succeed. Addressing a state-level program on the occasion of the completion of three years of the Jayaram Thakur-led BJP government in Himachal Pradesh, he said that the new agricultural laws will increase the income of farmers, but the Congress is misleading them (farmers).

Singh said while addressing the program through digital medium that whenever reforms are implemented, it takes a few years for positive results to be seen. He said that whether it was the 1991 economic reforms brought by the then Finance Minister Manmohan Singh or other reforms brought during the returned government, it took four-five years to show positive results. The Defense Minister said, “Similarly, if we cannot wait four-five years to see the positive results of agricultural reforms undertaken by the Narendra Modi government, we can wait at least two years.” . ”

Thousands of farmers have been demonstrating on the borders of Delhi for nearly a month, demanding the repeal of the new agricultural laws implemented in September. Farmers claim that the new laws will destroy the mandi system and abolish the Minimum Support Price (MSP) mechanism. Singh said that the Atal tunnel recently dedicated to the nation will not only benefit the people of Lahaul-Spiti district but it also has strategic importance.

He also described Himachal Pradesh as Veer Bhoomi because almost every family from the villages of the state is serving in the army or are ex-servicemen. BJP state general secretary Trilok Jamwal also read a message by party president JP Nadda on the occasion. Actually, Nadda is suffering from Kovid-19. The Chief Minister said that the foundation stone of projects worth Rs 13,500 crore was laid last year, out of which work on projects worth Rs 10,000 crore has been started. Addressing the program digitally from New Delhi, Union Minister Anurag Thakur congratulated the state government and the people of the state for completing the three years of the BJP government in the state.

He said that to speed up the pace of development, an interest-free loan of about Rs 500 crore has been provided to the state. State BJP in-charge Avinash Rai Khanna said that the BJP government at the Center has ensured the development and welfare of every section of the society. Former Chief Minister Prem Kumar Dhumal hoped that Himachal Pradesh would become the most developed state in the country. At the same time, the message of another former Chief Minister Shanta Kumar was read on the occasion by BJP State Secretary Kusum Sadrate. Kumar is also affected by Kovid-19. The Defense Minister and the Chief Minister also released a coffee table book titled ‘Good Governance and Confidence, Three Years of Development’ on the three-year achievements of the state government.