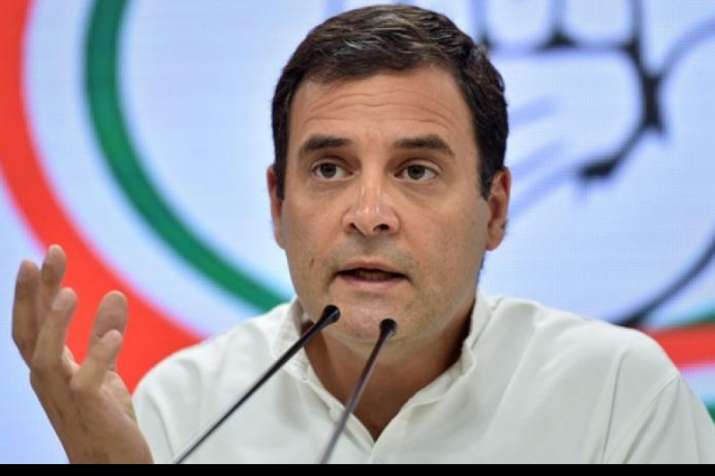 
New Delhi: The Congress on Monday targeted the central government and the BJP against the backdrop of the farmers’ movement and said that Prime Minister Narendra Modi should talk to the farmers and withdraw all three black laws. Former party president Rahul Gandhi tweeted, “The country can never become self-sufficient without farmers’ self-reliance. Take back the anti-agricultural law. Save farmers, save the country!

After attending the flag hoisting ceremony organized on the foundation day of the Congress, party general secretary Priyanka Gandhi Vadra told reporters, “The government should listen to the voice of farmers.” It is completely wrong to say that this (movement) is a political conspiracy. The kind of words these people are using for farmers is a sin. The farmer’s son is standing on the border. The farmer is the provider of the country. ”

He emphasized, “The government is accountable to the farmers.” Should talk to farmers. His voice should be heard and laws should be withdrawn. “Congress’s chief spokesperson Randeep Surjewala told reporters,” On behalf of the Prime Minister today, on behalf of crores of countrymen and Congressmen of this country, we will say that you are a king Quit behaving like the East India Company, Prime Minister should stop behaving like the British to the people of this country and talk to the farmers of this country. ”

He also said, “More than 45 farmers have sacrificed within the last 33 days. Our demand to the Prime Minister is to have a direct dialogue with the farmers and withdraw all the three black laws. ”Meanwhile, the government called 40 farmers’ organizations protesting against the new agricultural laws on December 30 for the next round of talks on all relevant issues. is. The move taken by the government on Monday aims to find a logical solution to the deadlock over the three new agricultural laws.

Farmers organizations made a proposal last week to hold talks on the agenda on Tuesday, December 29, including the modalities to withdraw the new agricultural laws implemented in September, after which the government has invited them. Agriculture Secretary Sanjay Aggarwal has invited him to hold talks at Vigyan Bhawan in the national capital on Wednesday, December 30, at 2 pm in a letter to the farmers’ organizations.

The last formal meeting was held on December 5, in which the leaders of the farmers’ organizations had asked the government to respond unequivocally in “yes” or “no” to their main demand for repeal of the three laws. Taking cognizance of the proposal of farmers’ organizations to resume the talks, Aggarwal said, “The government is also committed to find a logical solution to all relevant issues with a clear intention and an open mind”.

Regarding the agenda proposed by the farmers associations for the meeting, the Secretary said that the three agricultural laws, MSP (minimum support price) procurement system and power amendment bill (of crops) and to deal with air pollution in Delhi / NCR (National Capital Region) The ordinance will be discussed in detail. However, the government’s letter makes no explicit mention of a key condition proposed by the farmers’ organizations, in which the farmers demanded talks on the modalities to withdraw the new agricultural laws.