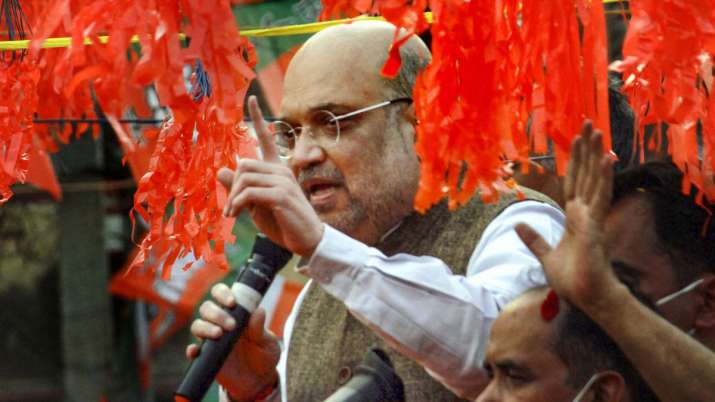 What did Home Ministry do in 2020? Here is the complete account


new Delhi: With normal life in disarray due to the Kovid-19 pandemic, the Union Home Ministry tightly enforces lockdown-related measures for almost a full year in 2020, later resuming livelihoods and economic activities, and restrictions affected migrants Engaged in providing relief to people like workers. This year Union Home Minister Amit Shah personally took command to improve Delhi’s health facilities and whenever the national capital saw an increase in cases of the epidemic, he came forward to try to curb the spread of corona virus. Done.

In the wake of the attack on BJP President JP Nadda’s convoy in West Bengal, the Union Home Ministry was involved with the Trinamool Congress led by Mamta Banerjee over the state’s law and order situation. The Ministry of Home Affairs provided assistance to many states which were affected by the cyclones. At the same time, the Ministry provided some important information which ensured that Pakistan remains on the ‘gray’ list of the Fiscal Action Task Force (FATF), which monitors global terrorist financing and money laundering.

Prime Minister Narendra Modi had announced the imposition of a lockdown to deal with the epidemic on 24 March and strict compliance of rules under the Disaster Management Act, 2005 became the responsibility of the Ministry of Home Affairs. The Act empowers the Union Home Secretary to issue all orders to impose lockdown and reopen as chairman of the National Executive Committee under the law.

After this, lockdown orders, guidelines were issued several times to stop the virus from spreading and they were also given opportunities to live their livelihood according to the needs of the people. However, the sudden announcement of the lockdown being imposed by the central government had caused lakhs of migrant workers to suffer and had to leave their workplaces and walk on foot to their ancestral places.

The Center immediately allowed state governments and UTs to use the State Disaster Response Fund (SDRF), with an allocation of Rs 29,000 crore for the next financial year. Under this, food and shelter were provided to migrant workers affected by the lockdown. The Ministry of Home Affairs allowed the Indian Railways to run special trains to transport migrant workers from different places to different destinations.

The ‘unlock’ process began in the country on June 1 and re-opened business, social, religious and other activities in a systematic way. Since the Home Ministry issued the first order on lockdown measures on March 24, almost all activities were gradually opened up to areas outside the detained areas. Then, when the number of cases of Kovid-19 increased rapidly in June and November in Delhi, the Union Home Minister himself took command and made efforts to control the epidemic.

After this, Governor Jagdeep Dhankar gave a report on the state of the state and the Home Ministry summoned three senior IPS officers on central deputation. The Home Ministry said that the responsibility of their safety was on these three police officers during Nadda’s visit. However, the West Bengal government refused to discharge the three officers.

After this, the Home Ministry again called the Chief Secretary of State and DGP for the meeting. These two officials then stated that they were not in a position to travel to Delhi, but offered to attend the meeting via video conference. This was followed by a meeting through video conference.

In the year 2020, the country faced four major cyclones ‘Amfan’, ‘Nisarg’, ‘Nivaran’ and ‘Buravi’ in at least seven states and union territories. During this time, the Ministry of Home Affairs was at the forefront in helping people through rescue, relief materials and funds.

At the beginning of the year, the central government signed a peace deal with NDFB, one of the most dangerous militant groups in Assam. This tripartite agreement was signed in the presence of Union Home Minister, Assam Chief Minister Sarbananda Sonowal and others.

Describing the agreement as “historic”, the Home Minister had said that it would permanently solve decades-old problems of Bodo.