Patna:
Bihar Chief Minister Nitish Kumar has always been known for taking shocking decisions. He has taken a similar decision in the ongoing JDU National Executive meeting in Patna. Ramchandra Prasad Singh alias RCP, coming from his home district Nalanda and very close to Nitish, will now be the new national president of JDU. Nitish Kumar himself proposed it in the National Executive, which has been passed unanimously by all the members.

Nitish left the post of national president
The question is whether Nitish could remain the national president till 2022. But why did he take such a decision in between. According to sources, the decision will still be taken by Nitish but only the seal will be in the name of RCP Singh. It is believed that Nitish was uncomfortable with the BJP’s role as the elder brother in terms of seats in the Bihar Assembly. But he is also the national president of the party. In such a situation, if he took a strong decision, the question of the dignity of the coalition religion could arise due to him being the Chief Minister and National President. That is why Nitish played this master stroke.

The second aspect is that Nitish now wants to distance himself from active politics. He had said during the campaigning for Bihar elections that this is his last election. However, he later told its different meaning. It is also believed that Nitish has announced the end of the innings by handing over the post of party president to RCP Singh. 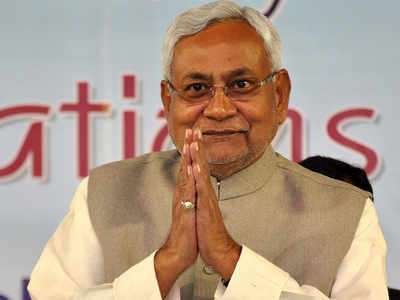 After Arunachal shock, Nitish can play his ‘old bet’ on BJP, know what is the strategy of JDU
JDU (JDU) National Executive Meeting in Patna
On the other hand, JDU general secretary Sanjay Jha has also given a statement about the meeting in Patna. He has said that in today’s meeting, every issue will be discussed on the issue of Arunachal too, its effect will not be seen in Bihar. Our alliance is in Bihar, outside that we have been fighting face to face. Our MLAs were supporting in Arunachal, why did they break even after this, the subject of the churn. Apart from being targeted, what work do they have? They just keep dreaming, the government will run for five years. There is no possibility for anyone in this five years.

Bihar: Arunachal’s impact is not in Bihar, Sanjay Jha close to Nitish

Thou tu-main me in BJP-JDU!
KC Tyagi said that the BJP did not behave well at all to JDU’s 6 MLAs. The BJP retaliated on this and said that it is the decision of JDU MLAs to join BJP.