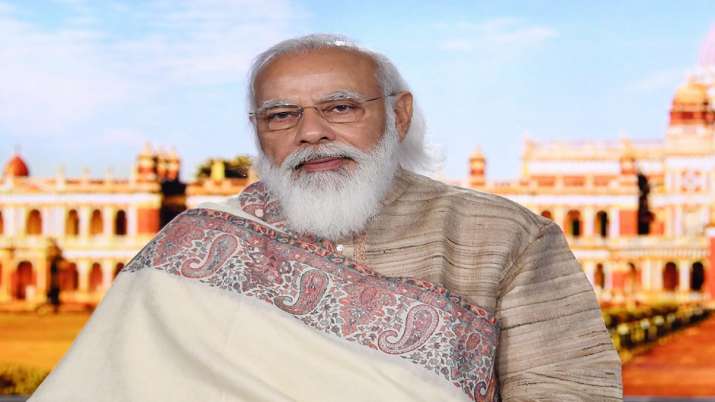 new Delhi. Prime Minister Narendra Modi will inaugurate India’s first fully automated (driverless) metro train operational service on the Delhi Metro’s Magenta Line (Janakpuri West-Botanical Garden) on Monday through video conferencing. With this, the use of modern technology will herald a new era of transport and traffic in India. At the same time, PM Modi will flag off the 100th ‘Kisan Rail’ running from Sangola in Maharashtra to Shalimar in West Bengal at 4:30 pm on December 28 through video conferencing. Union Agriculture Minister Narendra Singh Tomar and Piyush Goyal will also be present on the occasion.

Delhi Metro issued a statement on Sunday (December 27) saying that with the operation of these new generation trains, Delhi Metro Rail Corporation (DMRC) will join the “elite group of seven percent metro network” in the world which drivers Offering services of non-operational. According to the statement, after the commencement of driverless metro service between Janakpuri West to Botanical Gardens on the 37 km long Magenta Line, the 57 km long Pink Line between Majlis Park and Shiv Vihar on the Pink Line will be introduced by mid-2021.

“Prime Minister Narendra Modi at 11 am via video conference of India’s first driverless train operating service on Delhi Metro’s Magenta Line (Janakpuri West-Botanical Garden) and National Common Mobility Card service on Airport Express Line. These innovations will herald a new era of pleasant transport and favorable traffic for the residents of Delhi and other cities of the National Capital Region.

A senior Delhi Metro official said that the commercial start of these services of the new generation would be a major achievement and would be started on the next day of inauguration. The statement said that driverless trains will be fully automated in which human intervention will be minimized, while the chances of human errors will also be reduced. The unmanned metro is expected to start operating by mid-2021 on the Pink Line. With this, the network of non-operational metro operations will be around 94 kilometers. With the National Common Mobility Card fully implemented on the Delhi Airport Express Line, RuPay Debit Card issued from any part of the country can be used for travel. This facility will be made available on the entire network of Delhi Metro by 2022.

Prime Minister Narendra Modi will flag off the 100th ‘Kisan Rail’ running from Sangola in Maharashtra to Shalimar in West Bengal on 28 December. The Prime Minister’s Office (PMO) gave this information on Saturday. The PMO said that this train will take vegetables like cabbage, capsicum, cabbage, chilli and onion and fruits like grapes, orange, pomegranate, banana and sitaphal. He said that perishable items would be allowed to be unloaded and mounted at all stops on the route and there would be no limit to the quantity of shipment.

According to the PMO, the Center has given 50 percent subsidy on the transportation of fruits and vegetables. Significantly, the first farmer train was run between Devlali to Danapur on August 7, which was later extended to Muzaffarpur. The PMO said that after good response from the farmers, its rounds were increased from weekly service to three times in a week.

The Prime Minister’s Office (PMO) said, “Kisan Rail has proved to be revolutionary for fast delivery of agricultural products across the country. It provides an uninterrupted supply chain for perishable produce. “Modi will flag off the train amid protests on the Delhi borders by a section of farmers against three new agricultural laws at the Center.