new Delhi
India took pro-active steps towards strengthening its foreign policy in 2020 and offered a vision of the country as the foundation of its diplomacy for the rule-based Qaeda-based Indo-Pacific. At the same time, in the light of China’s attempts to encroach on eastern Ladakh, it was determined to create a regional environment suited to its strategic interests. Keep in mind that Chinese encroachment efforts in eastern Ladakh have caused severe damage to bilateral relations between the two countries over the last four decades.

India tilted towards quad amid deadlock with China
India has taken diplomatic steps to strengthen its ties with the world’s powerful countries such as the US, Japan, Britain and France as part of an effort to reinvigorate its relations with other countries as the deadlock with China borders Insisted. A major goal of the move was to increase its geopolitical influence and strengthen its position as a strong supporter of peace, stability and international law, in contrast to Beijing’s expansionist behavior.

Relations with China worsen after Galvan violence
The relations between the two Asian powers, India and China, soured after a violent clash between the soldiers of the two countries in the Galvan Valley. In the clash that took place in mid-June, 20 Indian military personnel were martyred. Chinese soldiers were also casualties, but China has not yet given details of it. However, according to an American intelligence report, 35 Chinese soldiers were also casualties.

Foreign Minister S Jaishankar bluntly told his Chinese counterpart that “this unexpected development will have a serious impact on bilateral relations.” India, drawing a strong and clear streak on its China policy, held the neighboring country accountable for starting the Ladakh deadlock in violation of the negotiating rules on border management. India also conveyed to China that peace and stability along the Line of Actual Control (LAC) are the basis for the progress of the remaining relations and cannot be viewed separately.

A five-point agreement was reached at a meeting in Moscow on 10 September between Jaishankar and Chinese Foreign Minister Wang Yi to overcome the border impasse. However, no concrete breakthrough has been achieved so far in resolving deadlock at collision locations on LAC. Jaishankar recently said in a think tank, “The emergence of India will automatically trigger reactions.” Efforts will be made to weaken our influence and limit our interests. Some of these will be directly in the security sector, some will be visible in the economy, contacts and even social contacts. ” 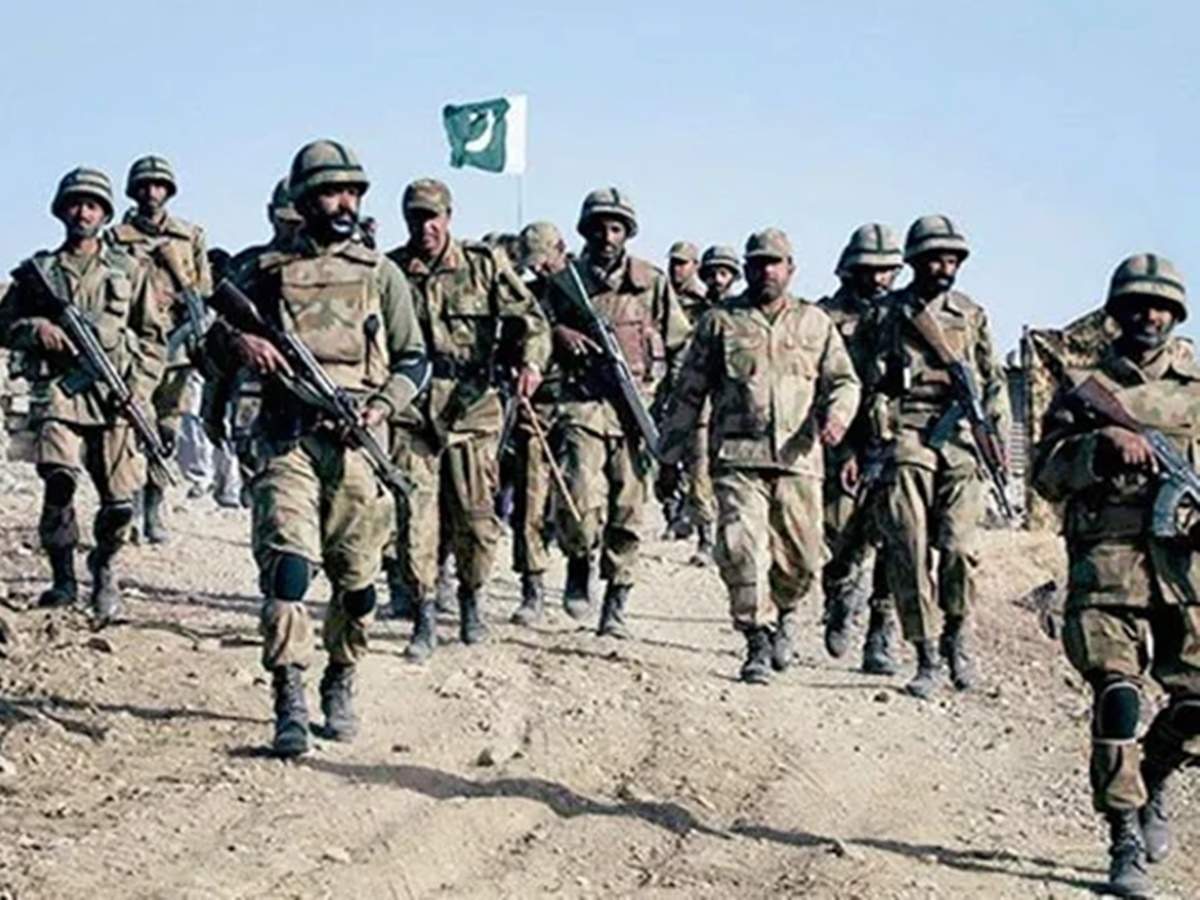 7 Pakistani army men killed in Balochistan, Imran Khan accuses India
Most relationships were formed and strengthened, but remained intact from Pakistan
As new geopolitical equations are forming in the region, India has also doubled its strategic cooperation efforts with neighboring countries, Gulf countries, Central Asia and ASEAN countries (Organization of Southeast Asian Nations). However, India’s relationship with Pakistan remains intact as Islamabad continues to support militancy across the border (in Pakistan), to create instability in Jammu and Kashmir. Whereas New Delhi is following its policy of vigorously tackling this menace of terrorism. India has also continued its diplomatic campaign against Pakistan on the issue of terrorism and is firm that there will be no talks with Islamabad until it will stop terrorism across the border (in India).

Expanding strategic partnership with US
One of India’s diplomatic achievements in the year 2020 was also to expand its strategic partnership with the US on regional and global issues such as the resolution to work jointly for a free and stable Indo-Pacific. During the visit of US President Donald Trump to India in February, the two countries took their relationship to a “comprehensive global strategic partnership”. Trump was accompanied by his wife Melania, daughter Ivanka and son-in-law Jared Kushner, and several top officials of the Trump administration.

Prime Minister Narendra Modi said in his statement issued to the media after talks with Trump on February 25, “This relationship is the most important partnership of the 21st century.” “It shows the growing harmony in relations between the world’s two largest democracies.” In October, India and the US sealed the long-pending ‘Basic Exchange and Cooperation Agreement’ (BECA) to further strengthen bilateral defense relations.

The agreement paved the way for the sharing of state-of-the-art military technology, logistical and geospatial maps between the two countries. India hopes to strengthen relations even further during the tenure of Joe Biden, the newly elected President of the United States. He has been known as a strong advocate of India-US close ties since his days as a senator in the 1970s. 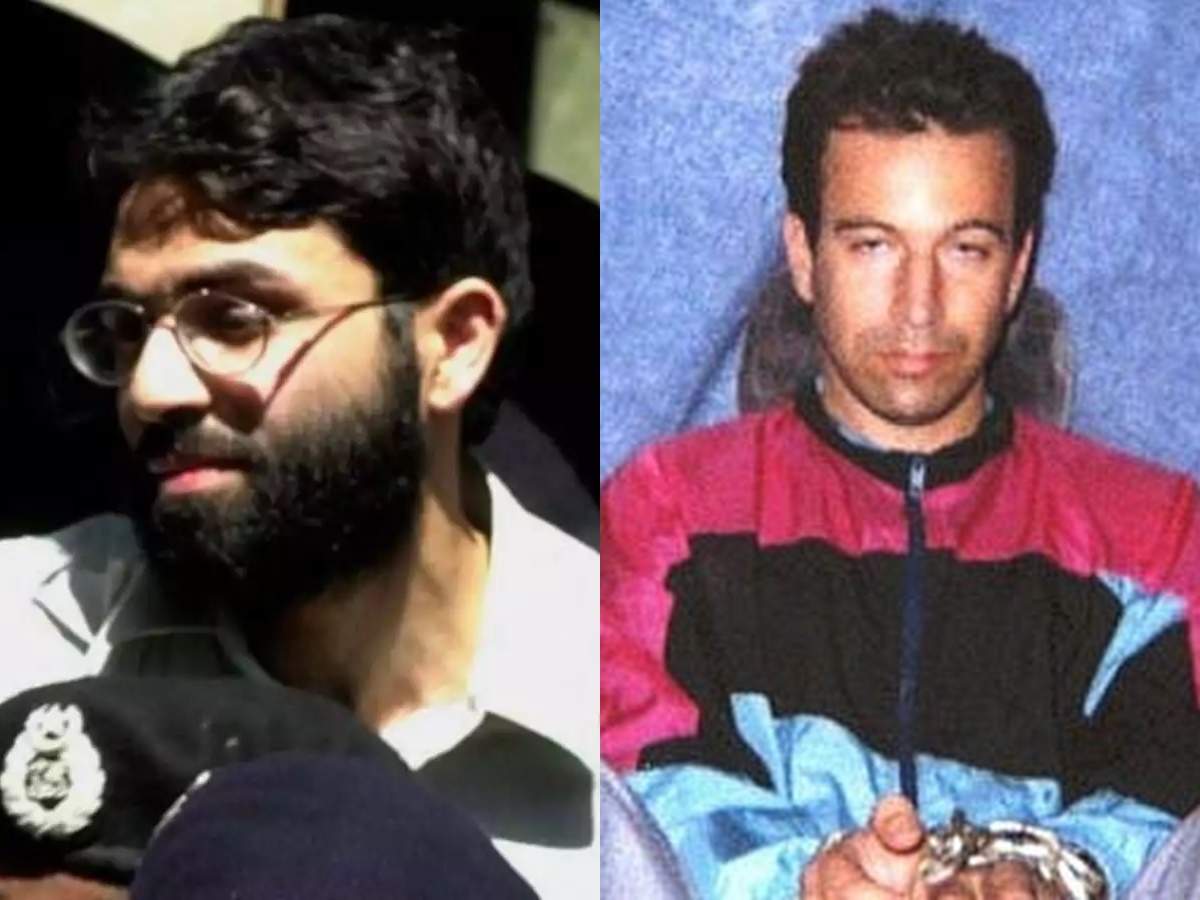 Pakistan scared by America’s warning, Imran Khan stops the release of Daniel Pearl’s killers
Relations with Nepal deteriorated, but now back on track
New Delhi’s efforts to further improve relations with Russia, Australia, Germany, South Korea, Vietnam, Indonesia and the African continent have also paid off. In the neighborhood, there was some tension in the middle of the year regarding India’s relationship with Nepal. In fact, Defense Minister Rajnath Singh inaugurated a strategically important 80 km road connecting Lipulekh Pass to Dharchula in Uttarakhand. At the same time, Nepal claimed that this road passed through its territory. However, relations between the two countries are seen to be back on track following the visit of Kathmandu in November by Foreign Secretary Harshvardhan Shringla and Army Chief MM Narwane.

Kovid-19 pandemic image of India on the international scene
India has contributed significantly in fighting the corona virus epidemic globally in the last eight months of this year. India has supplied medical aid to more than 150 countries to combat the epidemic. India launched a major campaign in May to bring back stranded Indians abroad due to the lockdown implemented due to the Corona virus epidemic. Under this, a large number of Indians were brought back from abroad through commercial aircraft, military transport aircraft and naval warships. About 39 lakh Indians were brought home under this campaign, which is said to be the largest repatriation campaign in the history of India.

Gained temporary membership in UN Security Council
The Foreign Ministers of India, Australia and Japan held extensive talks in Tokyo on October 6 after concerns arose over China’s activities on major sea routes. The talks were held under the aegis of the Quadrilateral (Quad) alliance. This dialogue indicated a collective vision for an independent, open and inclusive Indo-Pacific Ocean. India became a temporary member country of the United Nations Security Council for the period 2021–22, achieving a major diplomatic success in June. India also kept a watchful eye on the consequences of Brexit in 2020 and the Abraham Pact, the rapid developments in the Gulf region. The Abraham Treaty has been signed by Israel with the United Arab Emirates and Bahrain to normalize diplomatic relations between the two Gulf countries and the Jewish country.