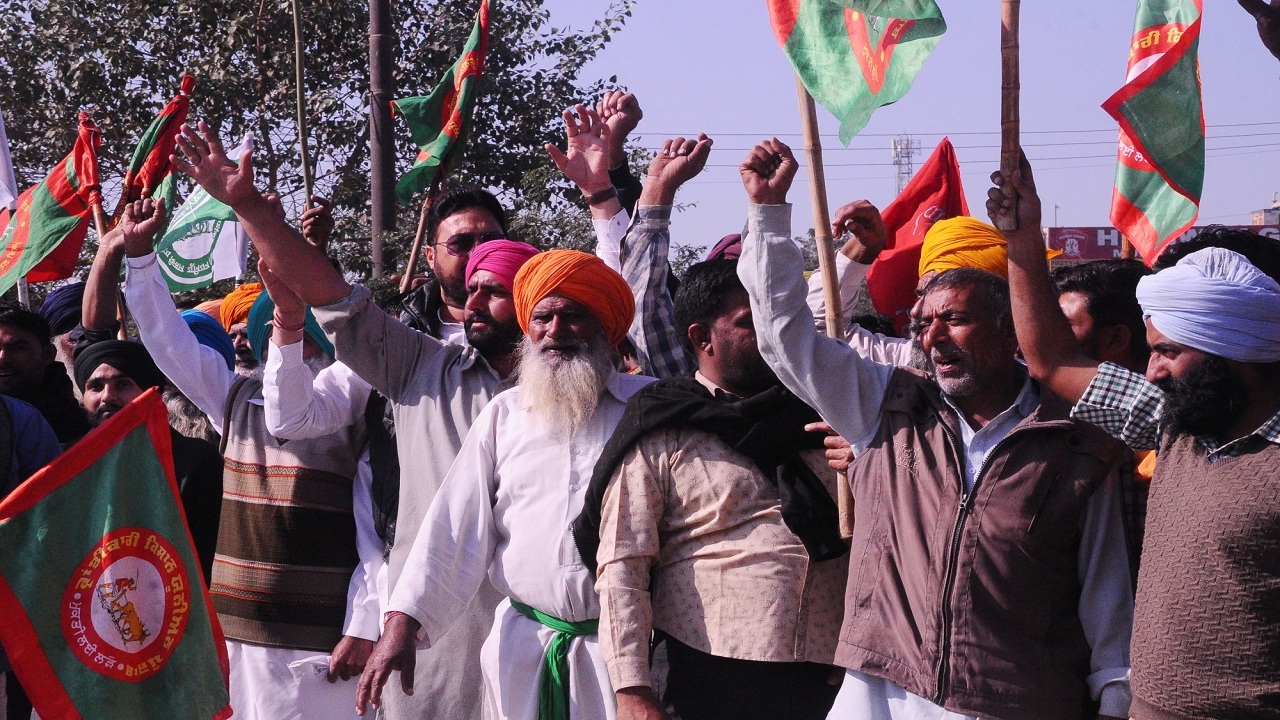 The whole country realized the usefulness of the agricultural sector and the cultivator farmers of the economy of India in dealing with the economic challenges faced by the Corona epidemic and the central government implemented three agricultural laws in the year 2020 to bring about radical reforms in the agricultural sector. However, this law brought by the Modi government is not acceptable to the farmers and they are on the streets against it. At the end of the year, there is waiting for the solution of the ongoing disputes between the farmer and the government on agricultural reform. As early as 2020, by increasing the budgetary allocation of the Ministry of Agriculture and Farmers Welfare by about 30 per cent over the previous year, the central government indicated that Modi-2.0 will also remain the main focus of the government on agriculture and allied sector.

Despite the crisis of Corona epidemic, the Modi government showed its commitment and carried out historical policy reforms by continuing all the programs in the agricultural sector. During the Corona period, new laws were introduced to bring reforms in agriculture and allied sectors through three important ordinances. However, opposition to these laws in the country started at the same time. But when three bills were brought in lieu of these ordinances in the monsoon session of Parliament, then all the opposition parties opposed them. The Shiromani Akali Dal (SAD), an old ally of the Bharatiya Janata Party (BJP) in the National Democratic Alliance (NDA), left the government. Since then, there has been a continuous rage on these three laws of reform and for the last one month, farmers have been agitating on the borders of Delhi, the capital of the country.

Although opposition to the new agricultural laws started only after the ordinance was promulgated in June, traders and jobbers of mandis were initially against them, as the future of mandis governed by the Agricultural Produce Marketing Committee (APMC) in states with the new law Concern had arisen about Farmers in Punjab and Haryana, which have the strongest APMC mandi system in the country, also came out against it as they saw the danger of not getting minimum support price (MSP) of crops due to the end of mandis. In Punjab, the agitation of the farmers gradually started gaining momentum in August. Due to mobilization of farmers against the law implemented by the central government, political parties also got attracted towards this and when the bills were introduced in the monsoon session of Parliament, the opposition parties in both the houses counted the flaws in the bills and strongly opposed them. From SAD quota, cabinet minister Harsimran Kaur Badal resigned as food processing industry minister. Some MPs of the opposition parties demanded that the bills be sent to the Parliamentary Committee before being passed, while some MPs suggested amendments. However, after the three bills were passed in both houses, ignoring the demands, the central government implemented them.

Punjab, Haryana, after the Central Government came into force in September as Farmers Produce Trade and Commerce (Promotion and Facilitation) Act 2020, Farmers (Empowerment and Protection) Price Assurance and Agricultural Services Agreement Act 2020 and Essential Commodities (Amendment) Act 2020. Many farmers organizations in western Uttar Pradesh started mobilizing the farmers against it and in October, the performance of farmers in Punjab became very fast.

In view of this protest, the Central Government called the farmers ‘organizations for talks and on 14 October the Secretary of Agriculture held talks with the farmer leaders, which was the first farmers’ interaction with the Central Government. But the talks did not yield any results as the farmers demanded the repeal of the three laws. The farmers demanded the repeal of the three laws, as well as a new law to guarantee the purchase of crops on the MSP. His list of demands is however long. The farmers are also demanding withdrawal of the heavy penalties and fines imposed in the ordinance related to stubble burning, as well as the withdrawal of the Electricity Amendment Bill 2020.

The farmers intensified the movement with their demands. Railway service came to a standstill in Punjab. After this, farmer organizations were called for ministerial talks.

Negotiations with farmer leaders at Vigyan Bhavan here on November 13 with Union Agriculture and Farmers Welfare Minister Narendra Singh Tomar, Railway Minister Piyush Goyal and Union Minister of State for Commerce and Industry, Som Prakash were also inconclusive and an agreement to continue further. But the farmers announced the Delhi Chalo on 26 November. The farmers of Punjab and Haryana as well as western Uttar Pradesh reached the borders of Delhi as per the schedule and since then they have been camping at the Singhu border, Tikari border, Ghazipur border and other places. However, the government first invited him for talks again on December 3. However, in view of the farmers ‘agitation, he was called only on December 1 and the ministerial talks held at Vigyan Bhavan were also inconclusive as the leaders of the farmers’ organizations persisted on their demand for repeal of the three laws.

Further, ministerial level talks with farmer leaders on December 3 and December 5 also failed. Although the date of December 9 was fixed to continue the sixth round of talks, on December 8, the Union Home Minister Amit Shah met with a committee of some farmer leaders in which it has been decided that the government should give them a solution to the problems of the farmers The proposal will be sent and further talks will be held after their consent on it. Since then, in the correspondence going on from both sides for the next round of talks, it is being said that they are ready to hold talks to resolve the issue. But the date and time of the talks have not been decided.

Prime Minister Narendra Modi, while addressing the farmers at an event on 25 December, said that he will not allow any harm on his faith. The Prime Minister has appealed to the agitating farmers not to be misled by anyone, and to consider on the basis of logic and facts. A provision of Rs 1,42,762 crore has been made for the Ministry of Agriculture and Farmers Welfare in the budget for the year 2020-21, which is 30 percent more than in the last financial year.