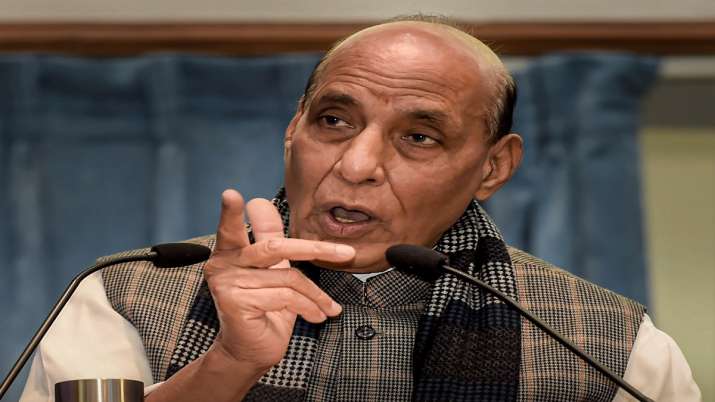 New Delhi. Senior BJP leader and Union Minister Rajnath Singh on Friday appealed to the farmers to see the new agricultural laws as an “experiment” for a year or two and the government will make necessary amendments if they do not benefit the farmers. . Describing the farmers who were protesting against the new agricultural laws as their people, Singh said, “Those who are sitting on dharna are farmers and born in the families of farmers. We have great respect for them.”

Addressing a rally in Dwarka, the national capital, Defense Minister Rajnath Singh said that he himself is the son of a farmer. He assured that the Modi government “will never do anything that is not in the interest of farmers”. Singh said, “People are trying to mislead the farmers about these agricultural laws that they are not in their interest. I am the son of a farmer and I have worked in the fields. I want to assure you that There is not a single provision in the laws that is against the farmers. “

He was addressing a rally organized under the public relations program of the ruling BJP over agricultural laws. He emphasized that the Minimum Support Price (MSP) system will remain in place and some people are trying to make the wrong assumption that it will be finished. While requesting farmers to take new agricultural laws experimentally, the former BJP president said that if these laws are not beneficial then the government will make all necessary amendments.

Singh said, “Now let the agricultural laws be enforced for a year or two. I see this as an experiment, I know the intention of Prime Minister Narendra Modi, and we will make all necessary amendments in it. “Singh emphasized that all problems can be solved through dialogue and Prime Minister Modi wants farmers Conversations with So the government has invited him. He appealed to all the protesting farmers to come forward to discuss agricultural laws and if they want to involve experts for discussion, the government is also ready for it.

‘Problems can be solved only by negotiation’

The defense minister said, “Many rounds of negotiations have been done and whatever suggestions the farmers have given, our government is ready for all those amendments. The problems can be resolved only by negotiation, wherever there is scope for amendment, the government Ready for that. ” Describing former Prime Minister Chaudhary Charan Singh as a great peasant leader, Singh also attacked opposition parties, alleging that the Congress and the CPI always betrayed the peasant leader and broke their trust. He also discussed Sir Chhotu Ram in his speech.

Farmers are standing on the borders of Delhi

Thousands of farmers have been lying on Delhi’s borders for nearly a month against the three agricultural laws enacted in September 2020. These farmers are mainly from Punjab, Haryana and parts of Uttar Pradesh. There have been at least five rounds of talks between the farmer unions and the government but the deadlock has not been resolved. Farmers’ organizations are adamant on withdrawing the new laws and they fear that the new laws will weaken the mandi and minimum support price system. He also fears that the new laws will greatly increase the influence of the corporate world. However, the government has tried to remove these apprehensions that such apprehensions are wrong and the purpose of the new laws is to help the farmers.