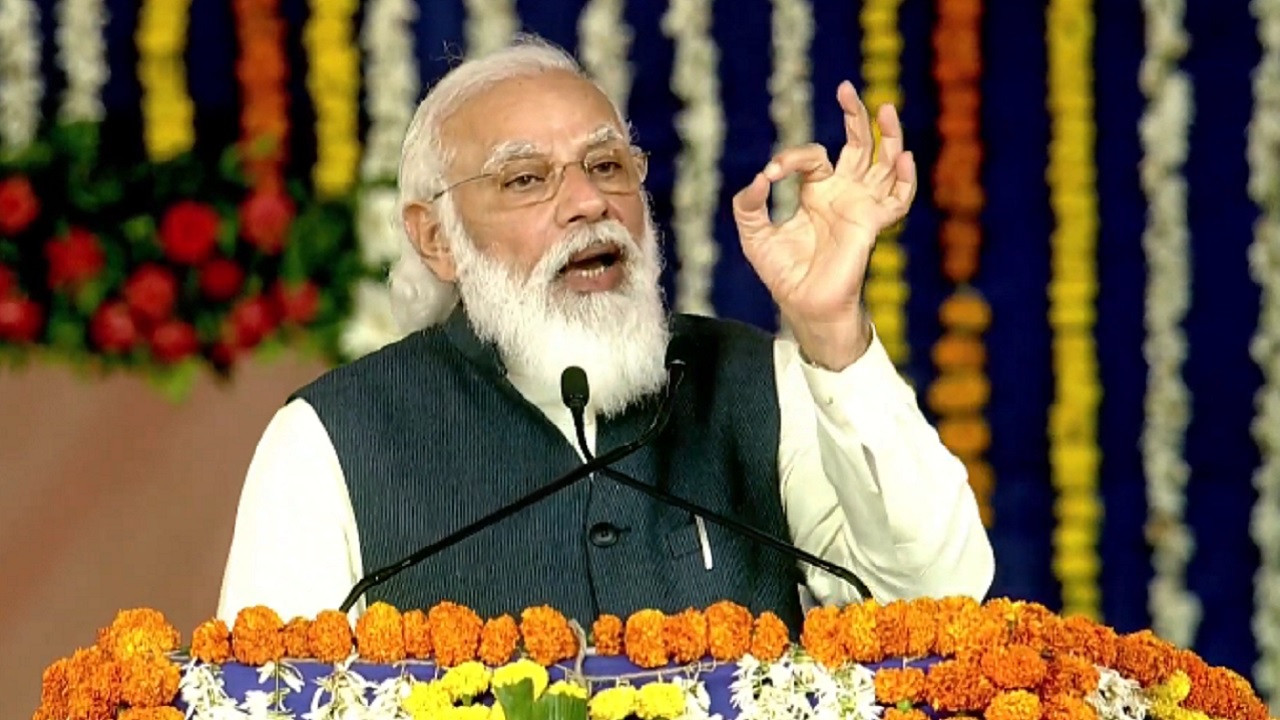 Prime Minister Narendra Modi on Friday targeted the Left parties and the Congress directly on the issue of farmers of the country. Accusing the opposition of misleading farmers, the Prime Minister said that during his reign, farmers were ignored, but today when the agricultural sector is improving, they are holding back obstacles. Accusing the Left parties and the Congress of instigating the farmers for the movement, Modi said, those who ruined Bengal have their government in Kerala and before that there was a government of those who ruled the country for 50 years, but in Kerala APMC are not mandis. I ask them that if we do a program to get a photo here, then by organizing agitation in Kerala, open mandis there.

On the issue of APMC, the Prime Minister told these parties, “You have time to mislead the farmers of Punjab, then there is no system inside Kerala and if this system is good then why is it not inside Kerala.” Modi asked the Left parties and the Congress in a questioning tone, why are you going on the duplicity policy? What kind of politics are they doing, in which there is no logic, no facts?

He accused the opposition of making false allegations, spreading rumors and intimidating farmers. Modi criticized the opposition parties, saying that these people are not ready to accept any scale of democracy, but they only see their profit, their selfishness. Now you have to hear the truth of the games you are playing with your flag in the name of farmers. Modi further said, in the political arena, own land is searching for herbs to keep themselves alive. But the farmer of the country has recognized them and the farmer of the country is never going to give them this herb.

Prime Minister Modi had earlier said during a program here on Friday to send more than Rs 18,000 crore as the next installment of the scheme to the bank account of more than nine crore beneficiaries of the Prime Minister’s Kisan Samman Nidhi Yojana, the ambitious scheme of the Central Government. Launched by pressing the button. He told that, under this scheme till now, 1 lakh 10 thousand crore rupees have gone into the bank account of the farmers.

Modi targeted the Left parties over the issue of farmers deprived of PM-Kisan Samman Nidhi in West Bengal. Modi said that in West Bengal, these people never raised their voice to get PM-Kisan money to the farmers and have gone up from there to Punjab. In this case, the question arises on their being farmer friendly. He said, I want to say this with great pain and pain in front of the countrymen today, that the people who used to rule Bengal for 30 years, who had ruled in Bengal for such a political ideology, would know the whole country And if you listen to the 15-year-old speech of Mamta ji (West Bengal Chief Minister Mamata Banerjee), you will know how much this ideology ruined Bengal.

The Prime Minister said that due to the policies of the earlier governments, the worst ruin was that farmer who neither had more land nor more resources. He said that these small farmers did not get money from banks, because they did not even have a bank account. He said that earlier the benefit of crop insurance scheme was hardly available to small farmers.