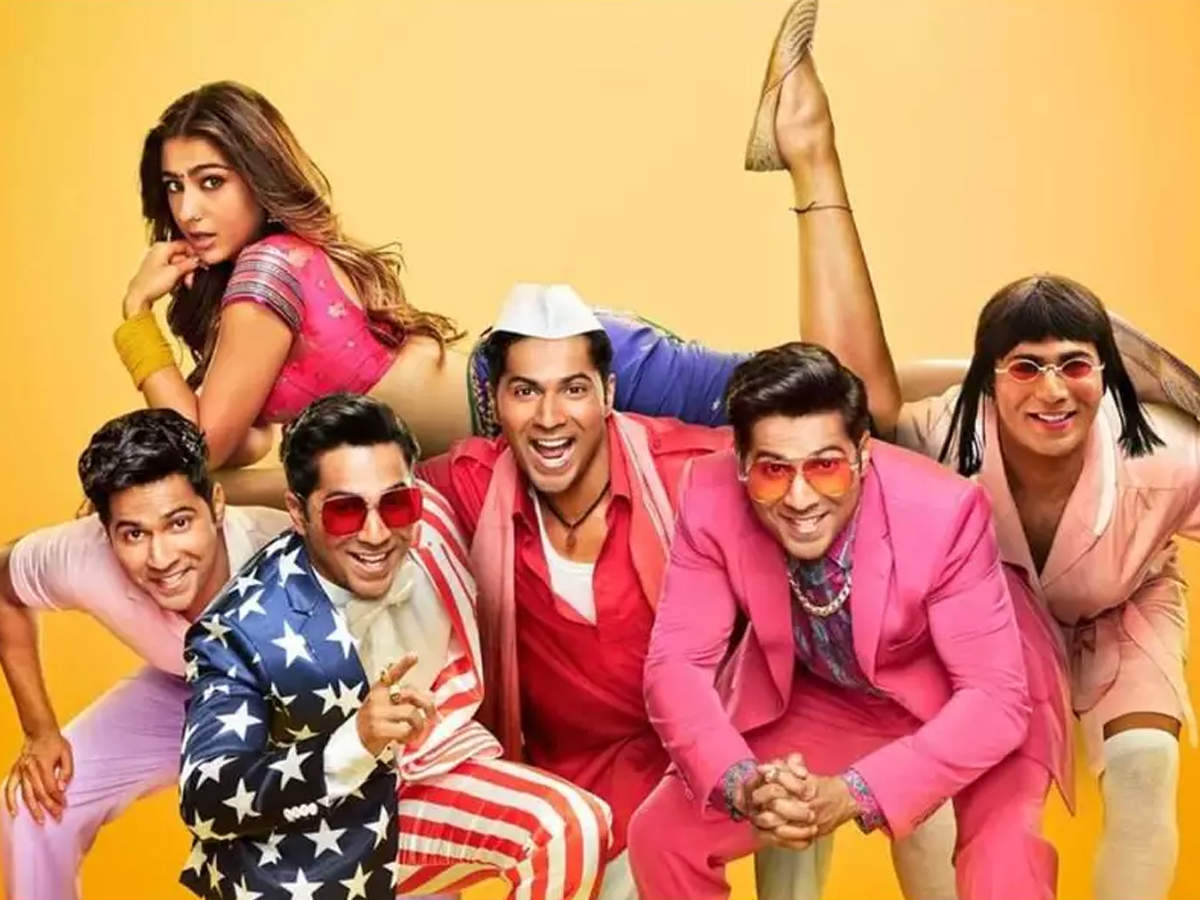 story
In the year 1995, David Dhawan made ‘Coolie No-1’ with the likes of Govinda, Karisma Kapoor, Shakti Kapoor and Sadashiv Amrapurkar. In 2020, David Dhawan has once again brought the same story. The film is a remake, but David Dhawan or his writer partner Rumi Jaffrey has not felt any need to change the story. The story is exactly the same as that of the previous film. There is a Pandit who wants to break the pride of a rich man. There is a coulee who loves first sight from a rich girl. Pandit and Coolie together make a bundle of lies. Showing double role of the same person, bluffs and tries to cook comedy. In the end the vanity breaks. There is love and there is a happy ending after playing a lot of songs.

Review
David Dhawan and his screenplay writer Rumi Jaffrey have tried to make the 1995 film grand in 2020. Bigger house, more big car, more dance songs, high pitch music and a lot more dialogues as of today. Overall, in the ‘Coolie number-1’ of 2020, the old bottle has new liquor. That is, what appeals to you at first sight, but neither does it boast nor do you enjoy it. Varun Dhawan has tried his best to get in Govinda’s style through this film, but he does not succeed in it. Kuli No. 1 of 1995 is a film which has been seen by everyone from theaters to TV. So as an audience you know the story. You also know what will happen next. Whether the dialogues will be spoken is also known. In such a situation, the biggest challenge was to make this film more fun than before, but alas it does not happen. On every occasion you keep thinking that the former was better. However, Varun Dhawan has definitely enjoyed his share. He is seen enjoying the film more than acting in the film. Varun has mimicked the film from Amitabh Bachchan to Nana Patekar. But in the end he stops at Mithun Chakraborty. Sara Ali Khan had a lot to share, but she is just beautiful. Shikha Talsania has the same condition. While Sahil Vaidya is right in the role of Raju’s friend Deepak. Paresh Rawal is replacing Kader Khan this time. Paresh Rawal has definitely tried to show a different style from the previous film and he gets into it. His sensation as a Goa businessman does not leave the previous film’s Hoshiyarchand behind, but runs parallel to it. ‘Coolie No. 1’ is a comedy film. But you don’t laugh too much as an audience. The story of the 90s has been made grand according to the current era, so everything looks big and beautiful on the screen. Rajpal Yadav is good, but he too has not been able to do better than Shakti Kapoor. Yes, to some extent Rajpal and Johnny Lever are sure to laugh. In the nineties, the pair of Govinda and Kader Khan had amazing chemistry. That thing was also seen in Coolie number-1. He is a chemistry miss between Varun Dhawan and Paresh Rawal. The film’s story moves forward, but it does not leave an impact. The love story of Sahil Vaidya and Shikha Talsania looks forced. While this time the speed of screenplay also looks a bit faster. Talking about the music of the film, it is worth listening to. Varun Dhawan is a good dancer and has done his job well. Sara and Varun pair well in songs. There are many songs that will make you dance. The remake of ‘Hussain Hai Suhana’ has been excellent, but the song ‘Mirchi Lagi’ could have been made better. During the Corona transition, Varun Dhawan’s film has been released on the OTT platform. Therefore, viewers with the premiere subscription can watch it for the timepass. But if this film were released on theaters in the normal period, then after the first two days of the festive season, there would be a clear impact on the earnings. Overall, if you want to time pass in a festive environment, you can see ‘Coolie number-1’. There are many other options if you want to spend a good time with other friends and family.