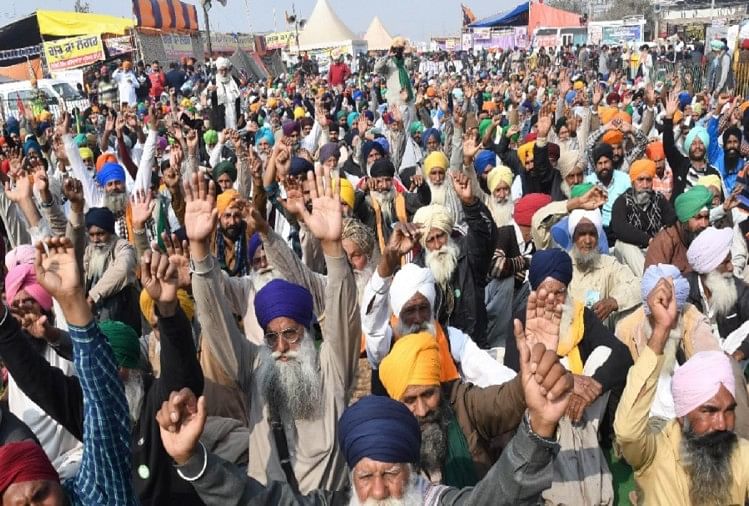 The confusion between ‘negotiations’ and ‘no’ between agitating farmers has increased after ‘Atal’ Prime Minister Narendra Modi’s master stroke on new agrarian reform laws. This is the reason why the government is avoiding hasty reply to the new letter. On Saturday, the United Farmers Front is going to churn on it. Only then will the message be sent to the government. The scope for renewed dialogue is skeptical between ‘yes’ and ‘no’.

Modi’s ‘master stroke’
On Christmas and Atal Jayanti, Modi released 18 thousand crore honor fund in the account of 9 crore farmers and hunted many birds with one stone. The agitators have so far rejected the allegations of political interference and someone’s ‘puppet’, while Modi termed it as an opportunity to ‘herb’ the opposition. Modi pointed out that some people are hindering the conversation. Agitating farmers have already set a priority to expand to West Bengal and South India. The support of five Trinamool Congress MPs reaching the Singhu border is considered to be the link. Now it is Modi himself who has left Mamata Banerjee as well as the leftists in the dock after being denied the honor fund of 70 lakh farmers of West Bengal.

‘Bouncer’ for Bengal election
The agitating farmers were devising a strategy to corner Modi and BJP in the proposed assembly elections in West Bengal. Now Modi himself challenged it. The Left and Congress were challenged by the APMC for agitation in Kerala and West Bengal over the farmers’ neglect. PM Modi has two strategies. Green saffron farmers’ association between ‘saffron’ vs’ lal ‘. To create an atmosphere in West Bengal from now on in the face of prolongation of the peasant movement. Mamta alleges that Modi did not help the farmers. In the Bengal elections, Modi, surrounded by agitating farmers and Mamta, sent the Chakravyuh.

In the election, Modi can retaliate to Mamata that the list of farmers was not provided and he does not want to risk a ‘catastrophe’ by releasing money to the state government. Therefore, he remembered Atal Bihari Vajpayee and said, now the rupee is not depreciated, it does not go into anyone’s pocket. Yes, it is necessary to state that after the new agricultural reforms, the first elections were held in Bihar. At that time, political pundits believed that agricultural laws could have an impact on the election results there, but this did not even become an issue in Bihar elections. Experts believe that the mandi system is already over in Bihar, so it was not even discussed in the entire election, it is far-fetched to affect the election results.

New offer of talks ‘googly’
On the eve of this campaign to garner the support of the farmers of the country, a new offer was made by the Modi government to talk to the agitating farmers. Farmers’ organizations may feel that there is nothing new in this and should be rejected outright, but the government conveyed the message of a solution through dialogue between the rest of the farmers as well as the general public. On Friday, when Modi was an attacker on the opposition, then the Chanakya Amit Shah of the government was assuring that no corporation could take the land of a farmer in the Modi government. Rajnath Singh, describing himself as the son of a farmer, said that farmers will not be hurt in this government. Rajnath then advocated that agricultural reform laws should be run for one or two years as an experiment and said that if there is a disturbance, we will change it in future.

Deshprem’s ‘Boundary’
Modi questioned how the agitators demanding the minimum support price suddenly deviated from the peasant issues demanding the release of the riot accused and thinkers. On Human Rights Day, raising the issue of waving posters of such accused also raised the boundary of the country.

Initiative to remove bitterness from cake
On Christmas and Atal Jayanti, Modi himself tried to remove bitterness with the farmers. Said to be a rational conversation. Apparently, the letter of Vivek Agarwal, Joint Secretary, Ministry of Agriculture has also not given any reason to question the minimum support price. During the interaction with the farmers, Modi also gave a very clear message that neither the law will be withdrawn nor the legal guarantee of the MSP. Yes, the government is ready to give a written guarantee of minimum support. Union Agriculture Minister Narendra Tomar has again expressed the hope that a new date will come soon for talks and a solution will be found.

The line of division between ‘dialogue’ and ‘no’
On the other hand, after two days of discussion on the new letter of the government, the farmers’ organizations of Punjab are firm on saying ‘no’ to the government, but instead of taking a hasty decision on this, the United Front is taking other organizations into confidence. The reason for this is the fun of this letter. The government has made it clear that it is in talks with all farmer organizations. In such a situation, the crisis of solidarity continues. Many farmer leaders describe Modi’s speech as mere distributors. The question of such farmer leaders is that when PM Modi is talking about not ending the MSP, then why hesitate to give guarantee. There is a mismatch between written and legal guarantees on MSP. On the other hand, some organizations are in favor of giving the government a chance to negotiate on repeated appeals. In such a situation, if the status of ‘dialogue’ is not restored by the ‘deadlock’, then the government will give the message that our efforts are resolved by dialogue, not as agitators. The government can keep the same thing from the people’s court to the Supreme Court. That is why there is also scope for renewed dialogue.

‘Gandhigiri’ to convert ‘siege’ into support
Following the government’s stand, the United Kisan Morcha has now had to turn to the ‘gherao’ of the BJP’s public representatives (ministers, MPs, MLAs) in a campaign to hand over letters to garner support. However, the siege movement of BJP leaders in Punjab has been going on for the last three months. In the rest of the country, instead of ‘siege’ of BJP leaders, they had to descend on the ‘Gandhigiri’ by asking for support by handing them a letter. There are two reasons for this. The first is that the agitating farmers do not want a confrontation. During the program organized at Bathinda on Atal Jayanti, a situation of confrontation took place between BJP supporters and agitators. Earlier, the agitators from Ambala, Haryana Chief Minister Manohar Lal and the SSP of Moradabad in UP have been involved. The second reason is that the government is repeatedly putting the agitators in the dock by giving the message of dialogue. Member of the United Kisan Morcha and Dr. Darshan Pal of the Punjab Revolutionary Farmers Union, through a message from December 26, have demonstrated their support at Indian embassies abroad and sought support. Here, some tolls of Haryana were also made free on Friday. The Delhi-Jaipur highway was also toll free. The toll free movement will last till Sunday. Meanwhile, the process of mobilizing farmers from Punjab, Haryana, Rajasthan, Uttarakhand on Delhi’s borders continues.