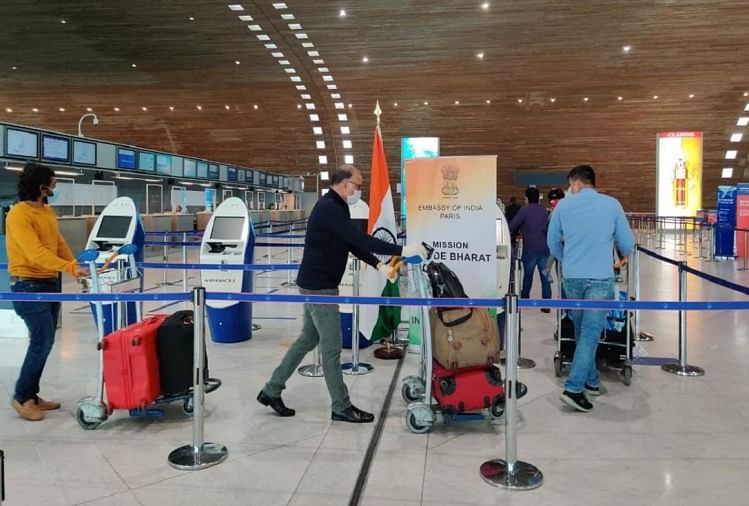 Due to the new strain (new form of the virus) of Corona virus found in Britain, the Indian government has halted flights from there till 31 December. At the same time, in a flight from Britain on Tuesday night, a passenger was found infected with a new strain corona. He was immediately admitted to the Lok Nayak Hospital in Delhi.

When asked about the hospital director Dr. Suresh Kumar, he said, a patient has come here, who is believed to be suspected of the new virus. We are investigating this patient. At the moment many tests are being done. Only after the test results will it be clear whether it is an old strain of corona or a new strain. He said that at the moment the patient looked healthy and he was asymptomatic.

Experts say that this new strain of corona virus has been discovered recently. This new strain has been seen in many patients in Britain. The whole world has become serious about this and many countries around the world have started issuing alerts.

It has been reported that the clinical spectrum of this new virus is the same. It is not more deadly and also not more dangerous than the earlier strain. However, the virus spreads 70 percent faster. Most of the people are vulnerable to it.

ALSO READ: Awe of new Corona: Eight positives in two flights from UK, six in Delhi and two in Kolkata

Government issued SOP for travelers coming from UK
The Indian government has become cautious due to the new form of Corona virus found in Britain. The government has ordered that a corona check will be conducted on travelers arriving from Britain on their arrival to India. At the same time, separate isolation will be arranged for any passenger who is found infected.

The Union Health Ministry has issued a ‘Standard Operating Procedure’ (SOP) in view of the virus that has surfaced in Britain. In the UK, the corona virus mutation is reported to have occurred with 17 mutations in the virus. Most of the young people are vulnerable to this virus. This virus is considered more dangerous. In such a situation, SOP has been issued for all the people who have come to India from Britain since November 25.

Accordingly, if the corona is infected by a passenger coming from Britain, they will be kept in the isolation center of the state government. The samples will be sent to NIV Pune for examination. If an ordinary corona virus is found in an infected person, it can also be kept in home isolation.

According to the SOP, if a new form of corona is found in the person, then he will have to spend 14 days in government isolation. Where once again his corona will be examined. The person will be discharged only if samples come negative twice in an interval of 24 hours. At the same time, from 25 November till now, the information of people coming from Britain to India will be given by the Bureau of Immigration to the respective state governments.