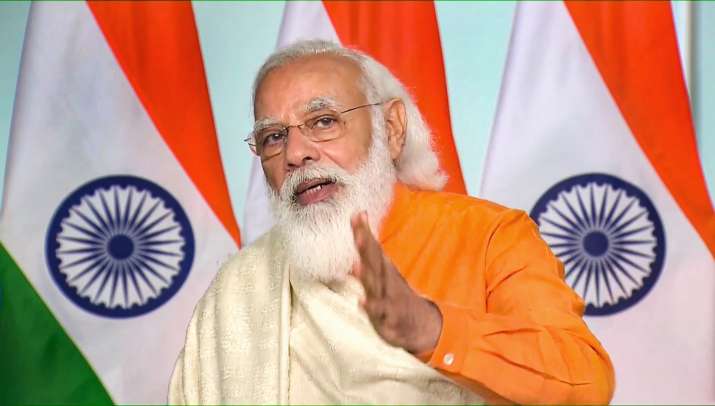 
new Delhi. PM Narendra Modi on Thursday addressed the students of the university on the occasion of the centenary celebrations of Vishwabharati, a university established by Rabindranath Tagore. During this, PM Narendra Modi told the students of Visva-Bharati that the students of Visva-Bharati should contact the artists coming to the Poush fair and collect information about their products and work on how the art of these poor artists can be sold online. Do it In future also, local artists can take their products to the world market, also teach them to do this, only by such efforts will the country become self-sufficient and fulfill the dreams of Gurudev.

PM Narendra Modi said that the hundred year journey of Visva-Bharati is very special. Vishwabharati is a true embodiment of Gurudev’s contemplation, vision and hard work for Mother Bharati. This is a kind of adorable place for India, which gives continuous energy to the country to embody the dream that Gurudev had dreamed. He said that our country is spreading the message emanating from Visva-Bharati to the whole world. Today India is playing a very big role in the world about environmental protection through the International Solar Alliance. India is the only major country in the world which is moving fast in implementing the Paris Agreement.

What else did PM Narendra Modi’s speech say