The Government of India rejected the proposal to declare eight peaks of the eastern Ladakh border as ‘no troupe areas’. 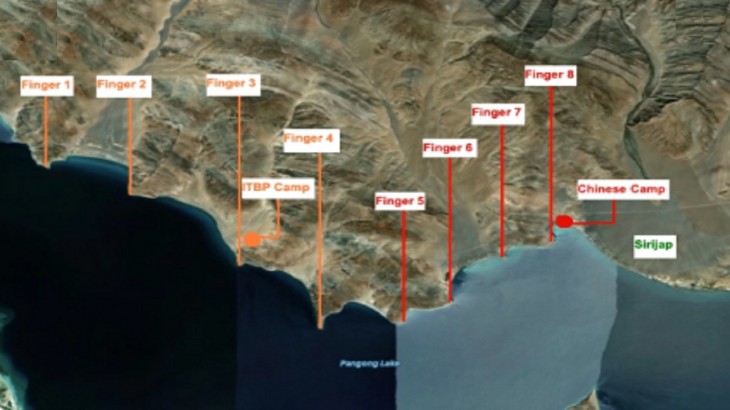 These eight peaks are important from the strategic point of view of the Indian Army. (Photo Credit: News Nation)

In the course of talks to remove the Ladakh deadlock, China is constantly doing something, which is becoming an obstacle in the path of real solution. This time China did such a trick in the name of reducing tension, which would weaken the situation on India’s border. This is the reason why the Government of India rejected the proposal to declare eight peaks of the eastern Ladakh border as ‘No Troop Area’. This is a region that is very important from a strategic point of view and most of these peaks have been occupied by the Indian Army amidst tension in recent times.

China’s proposal is indeed a devious move
According to a report in the English newspaper ‘Hindustan Times’, in fact, China has declared eight peaks bordering eastern Ladakh, which surround Pangong Lake, as ‘No Man’s Land’ or ‘No Activity Buffer Zone’. Has proposed This proposal of China cannot be beneficial for India in any way. Half of these eight peaks were under India’s control before the Chinese troops violated a written agreement made 30 years ago by the Chinese troops to maintain peace along the Line of Actual Control on 5 May 2020. Indian soldiers patrolled these eight peaks. Now the commander of the Chinese army wants to declare this area which was under India’s control about six months ago as a no troop area, by proposing to leave the Indian army behind in the name of peace.

Status restored before May 5 – Indian side
Recently, the People’s Liberation Army of India and China are stationed opposite each other on Finger-4. On the other hand, China is building up to Finger-8. The Indian Army and the Chinese Army are stationed at Gogra Hot Spring Area. A military officer has said, ‘We have rejected this proposal of the Chinese Army. We cannot reward China for violating a written rule to maintain peace on the LAC. We want the Chinese Army to return to the place it was before 5 May 2020.

Narwane visits the border
On Wednesday, Army Chief MM Narwane visited the areas of East Ladakh. These included the Razgang La and Rechin Peaks of the Kailash Range. These are the peaks which were captured by Indian forces on 29 August. Actually. The army chief went to know the position of the soldiers posted on the snowy peaks. He returned and said that all the soldiers stationed there are fit.