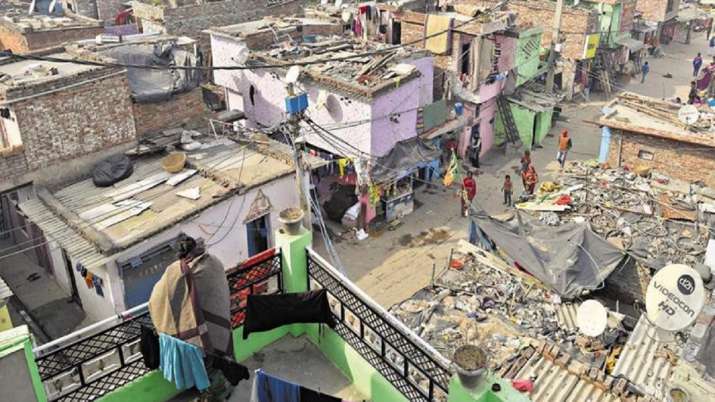 
new Delhi. The Modi cabinet has taken a big decision on Wednesday, giving relief to slum dwellers in Delhi. Union Minister Prakash Javadekar has informed about important decisions taken in the cabinet meeting. A big announcement has also been made in the cabinet meeting for those living in slums of Delhi. Those living in slums will get legal protection for the next three years. This period was to be completed in 2020, which has been extended again for three years. This will benefit more than 40 lakh people. Union Minister Prakash Javadekar said on Wednesday that the court used to repeatedly order against the construction of agricultural land in the unauthorized colony in the countryside. The National Capital Territory of Delhi Law was enacted in 2011 to protect it. Now we have brought an ordinance to extend it 3 years further.

Delhi government will soon start the process of flat allocation

In the past, the Kejriwal government of Delhi had also made a big announcement regarding the slum dwellers in Delhi. The Delhi government had said that the process of allotment of flats to homeless people living in Delhi will be started soon. Chief Minister Arvind Kejriwal had held a critical review meeting in this regard with Urban Development Minister Satyendar Jain and Dusib officials in the past. The CM instructed the Dusib that all the flats that have been built so far should be allotted to the people living in the slums at the earliest. It has been decided to construct 89,400 flats for the homeless in three phases. These flats will be built on 237 acres of land. The Delhi government will build 41,400 flats in the first phase. These 41,400 flats will be built on the vacant land currently available with the Delhi government.

In the second phase, 18,000 flats will be built. For this, the land available with the Delhi government, the land use of that land is in the second category, so the government will change the land use of that land before the MCD and then build these flats. At the same time, 59,400 flats constructed in two phases will be shifted to the first homeless people. After their shift, the land that will be vacant, 30,000 flats will be built under the third phase. The construction of the flats in the three phases will be completed from 2022 to 2025.

EWS flats to be constructed on vacant land of Dusib

EWS flats will be built on the vacant land of Dusib. In the first phase, 41,400 EWS flats will be built. For this, 221 acres of land is available with Dusib, out of which 115 acres of land is currently envisaged to construct EWS flats. Savdha Gherwa also has 106 acres of land, which will be taken over later. It has also been decided that the Architect Consultant will be appointed as soon as possible for the construction of the flats. It has been instructed to appoint Architect Consultant as soon as possible so that the plan can be expedited. After this the layout plans of the proposed flats will be approved.

All flats will be multi-storey, this will be the size

All these flats will be multi-storey. It will have a FAR 400 and a density of 900 DU per hectare. Each 8000 houses will have five different tenders. Tenders will be taken for EPC contract and allocation of work. This process will be completed by 31 March 2021. The agency which will be entrusted with the responsibility of building the flat, will have to complete the construction work by 24 months of contract i.e. 31 March 2023. The estimated cost of these flats is around Rs 3312 crore and about Rs 8 lakh will be spent to build each flat. CM Arvind Kejriwal had said that, “Where the slum, the housing policy is one of the major policy of the Delhi government. We have to ensure that the construction of flats for the homeless is completed within the time limit, so that they can get shelter Can be provided. Also, at some cost, houses should be found within a radius of five kilometers from the slum. “