Kathmandu
The Nepal Communist Party, which came to power promising to give stable rule to Nepal, broke directly on Tuesday following the pull of Prime Minister KP Sharma Oli and his rival Pushpa Kamal Dahal ‘Prachanda’. The two factions of South Asia’s largest communist party, which came into existence about 31 months ago, are now trying to identify themselves as ‘real party’. The two factions held separate meetings in Kathmandu, the capital of the Central Committee. Chinese Ambassador Hao Yankee has once again jumped into this latest crisis and has met the Nepalese President.

The ‘Prachanda’ led camp in Nepal announced on Tuesday the removal of Prime Minister Oli from the post of Chairman of the Communist Party of Nepal and to take disciplinary action against him on charges of anti-party activity, after the Central Committee meeting. Earlier, Olli had on Tuesday formed a new 1199-member committee to organize the party’s general assembly with the aim of strengthening its hold on the organization.

At the same time, the Prachanda-led camp also held a separate central committee meeting in Kathmandu. In this meeting, apart from former Prime Minister Madhav Kumar Nepal and Jhalanath Khanal, several senior leaders including former Agriculture Minister Ghanshyam Bhushal were present. The Prachanda-led camp unanimously appointed senior leader Madhav Kumar Nepal as the second president of the party at the Central Committee meeting. Prachanda is the first president of the party. About two-thirds of the party’s central committee members were present at the meeting.

Central Committee member Rekha Sharma said, “Prachanda and Nepal will preside over the meetings in turn, as per party rules.” The Kathmandu Post report quoted Sharma as saying, “Oli has been removed from the post of party president for going against the party.” The report quoted party leaders as saying that Prachanda would be chosen as the leader of the parliamentary party on Wednesday. At the same time, party spokesperson Narayan Kazi Shrestha said that the next meeting of the central committee has been proposed for Thursday.

Meanwhile, the Prachanda-led camp has also decided to file a separate petition in the Supreme Court seeking restoration of the dissolved Parliament. Many petitions have already been filed in court regarding this demand. Sunil Manandhar, a member of the Central Committee of NCP, said that the party would organize nationwide protest-rallies in collaboration with other major parties.

Earlier in the day, Nepal Prime Minister KP Sharma Oli set up a new 1199-member committee to organize the party’s general assembly on Tuesday with the aim of strengthening its hold on the Nepal Communist Party. Oli, one of the two heads of the ruling party, announced the new committee during a meeting with his close members of the party’s central committee at his official residence. In the meeting of the Oli camp, it was also decided to remove Narayan Kazi Shrestha from the post of party spokesperson.

Binod Shrestha, a member of the Central Committee, said that Member of the Standing Committee and Foreign Minister Pradeep Gowli have been appointed as the new spokespersons of the party. Oli, surprising his rivals, on Sunday recommended the President to dissolve Parliament and it also got the President’s approval. The move comes amid a long-running struggle for power between the camps of Oli and former Prime Minister Prachanda. The ruling party NCP was formed in May 2018 following a merger between Oli-led CPN-UML and Prachanda-led CPN (Maoist).

According to ‘My Republica’ report, Oli has taken this step to get his majority in the Central Committee. In the newly formed committee, 556 more members have been added to the existing 446-member central committee of the ruling party. Addressing the Central Committee members of his camp, Oli said that even if some leaders leave and leave, it will not make any difference to the party. In the meeting, he proposed to organize a general meeting in Kathmandu from 18-23 November next year. Earlier the event was scheduled to be held on 7-12 April 2021. Both camps have stepped up efforts to keep the party’s recognition and election symbol.

Ambassador of China to Nepal’s internal politics
In the meantime, Chinese Ambassador Hao Yankee, who came under tension after the KP Oli government is in crisis, met Nepal’s President Bidyadevi Bhandari on Tuesday evening. Nepali is a supporter of President PM Oli and he had announced to hold general elections. The Chinese ambassador to Nepal had put his full power to save the Oli government but he did not succeed. Now the Chinese Ambassador is once again interfering in Nepal’s internal politics.

To improve relations with Nepal, both the Chief of Indian Intelligence Agency RAW and the Indian Foreign Secretary met Nepali leaders. Soon after, China’s defense minister also reached Nepal. China has greatly benefited from Nepal under Oli’s leadership but the new political storm seems to shock the dragon. During his tenure, Oli was also unable to fulfill his election promises.

The Chinese President got shocked by the fall of Oli?
The President of China visited Kathmandu last year to bring Nepal back to his court. The Oli government also organized a training camp with the Communist Party of China to show friendship with China. Together, they announced the height of Mount Everest. On the other hand, experts say that Oli was not an acceptable Prime Minister for India. He says that Nepal’s next Prime Minister may be more supportive of India than Oli. 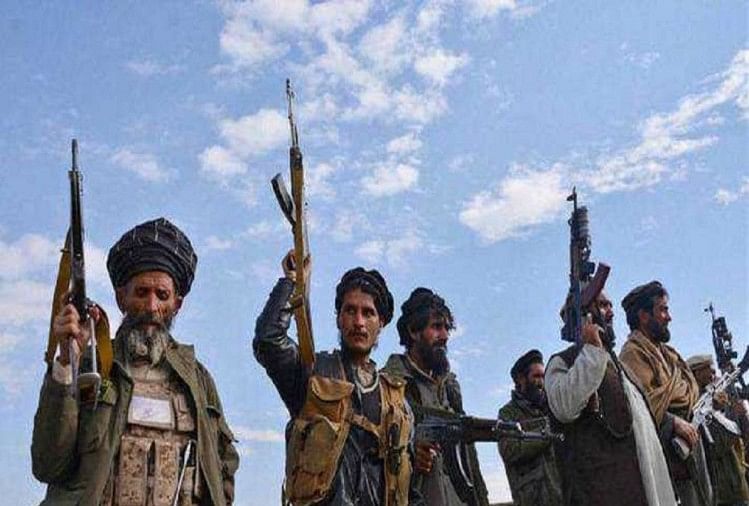 Taliban May Do Business Of Terror To Increase Their Income