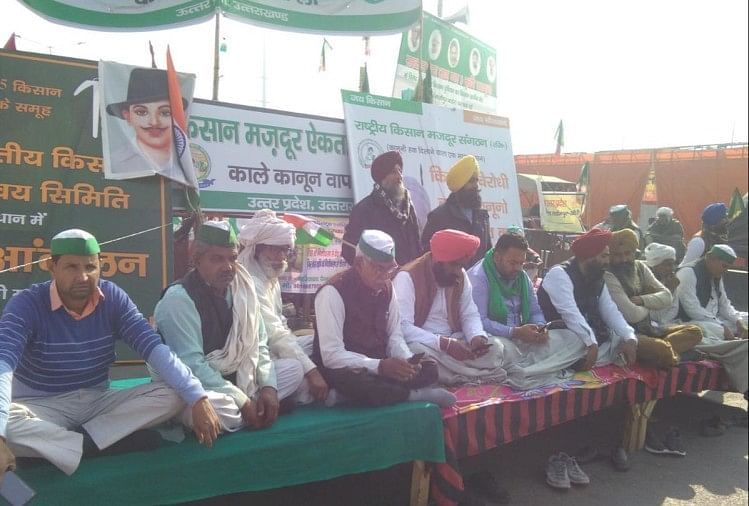 In response to the invitation sent for the talks, the farmers called on the central government to mislead the farmers, trying to weaken the agitation and weaken the movement and said that the farmer is ready for talks. Instead of sending the proposal for amendment of agricultural laws again and again, the government should openly propose to the farmers such a concrete proposal, which can make an agenda and lead the way for dialogue. The government came forward with an open mind to repeal the three agricultural laws with a guarantee of minimum support price (MSP) so that negotiations could resolve the farmers’ issue.

Addressing reporters on behalf of the United Kisan Morcha, Yogendra Yadav said that this movement of farmers is not of any individual. Any decisions are taken only after the opinion of all the organizations. It is not the government’s job to question it. Yogendra Yadav alleged that this letter is also an attempt to discredit the peasant movement. There has been an attempt to give it a separatist and regional color. The farmers tried to keep their point clean, but the government is trying to manipulate and manipulate it.

Yogendra Yadav said that by trying to weaken the movement, farmers are now forced to protect the existence. Yadav said that the government is on demand to repeal the three agricultural laws. The government has cleverly tried to introduce these basic objections as just a few amendments. But the farmers’ organizations are not ready for any amendment. The proposals which were sent on December 9 were oral proposals of December 5. It is rejected and then the amendment is being talked about.

Yogendra Yadav said that no clear talk has been made by the government on the MSP as well. It mentioned the current procurement system. The demand of the farmers is the guarantee of the MSP by implementing the recommendations of the Swaminathan Commission. If we send a proposal for such a law, farmers will consider it. The proposal on the Air Quality Act is hollow, it is ridiculous to answer.

Bharatiya Kisan Union, National General Secretary Yudhveer Singh said that by looking at the kind of process the government has adopted, it can be easily understood that the government wants to hang it. To repeal all three agricultural laws, taking it very lightly. Farmers represent 60 percent of the public. He warned that the government should respectfully listen to the farmers and take initiative in resolving it.

Farmer leader Shivkumar Kakaji of Madhya Pradesh said that after the talks for the fifth time, the farmers demanded the repeal of the laws stating death decree. Despite this, the proposal to amend it has no meaning. By implementing similar laws, now two percent of the farming in America is left. Sarkar insists and MSP is a big topic. All the black laws, including the MSP, should be withdrawn with farmers with a big heart after seriously considering all aspects. The government should have a good environment. Talks will be held in a good environment only. Other farmer leaders also addressed the press. Gurnam Singh Chadhuni also urged the government to take steps for early resolution of this issue by canceling all the three laws after considering the issue of MSP.

MSP found on 100% purchase of 23 crops
If there is a total crop of 17 lakh crores, it will get 14-1500 crores on selling, then it should be considered by the government to improve the economy of the whole country. If there is a loss of 20 thousand per acre, while the government will get six thousand rupees. If you do not have adequate arrangements, if the price of maize is 1800, and if the government gives the difference between, it was ruled out. Five lakh crore rupees last year, the country’s NPA is such a huge amount, 15 lakh crores, not spending on farmers is spending on corporates. Central government should give tax, guaranteed government.