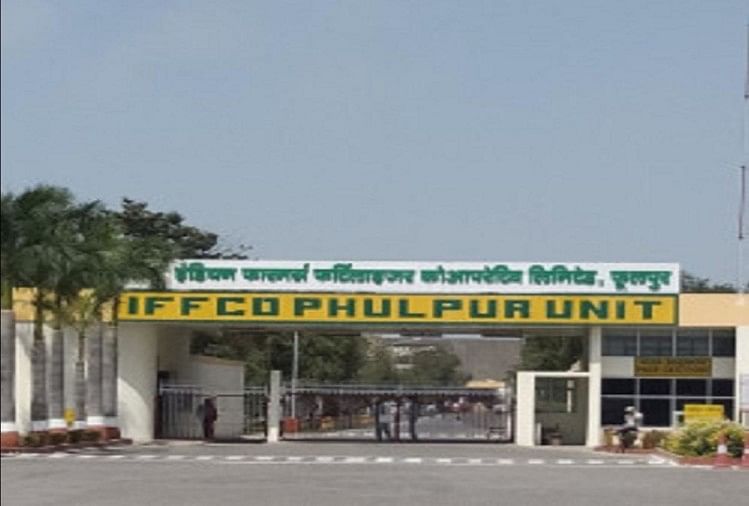 A major accident occurred late Tuesday night at the Indian Farmers Fertilizer Cooperative Limited (IFFCO) plant in Phulpur, Prayagraj, Uttar Pradesh. 14 people, including two officers, were hit by the leakage of ammonia gas in the plant’s urea unit. All were taken to the hospital, where Assistant Manager VP Singh and Deputy Manager Abhayanandan died. 12 others are undergoing treatment.

IFFCO’s Phulpur plant on Jaunpur-Gorakhpur road, 30 km from Prayagraj, has two units of ammonia and urea manufacturing. As usual, work was going on here on Tuesday as well. From 10 o’clock in the night, the employees posted in the night shift were engaged in work in different units. Around 11.30 am, there was a sudden leak of ammonia gas in the urea unit, which caused panic.

Employees on duty started to run out. During this, the others somehow got out but 14 people were hit by gas, which made their condition deteriorate. Many of these also became insensible within the unit. Police came along with the officers of the company on information. Somehow the casualties were taken out of the factory and taken to a hospital in the city. Of these, the condition of Assistant Manager Urea VP Singh and Deputy Manager Abhyanandan Kumar son Suryanarayan was very critical. Both died a few hours later while undergoing treatment in the hospital, causing a furore there. How the gas leaked was not known. But there was discussion that leakage of gas occurred due to leakage in a pump in the urea production unit. At present, the officials of the company say that the real cause of the gas leak will be known only after investigation. PRO Vishwajit Srivastava says that two officers died in the accident. These include assistant manager urea and deputy manager offsite. Twelve casualties are being treated in different hospitals.

Two persons have died due to gas leak at IFFCO (Bhartiya Kisan Fertilizer Cooperative Limited) plant in Phulpur. The plant unit has been shut down. The gas leak has now stoppedPrayagraj DM Bhanu Chandra Goswami

Police have reached the spot as soon as the information is received and 14 people have been sent to the hospital. The condition of two of them was very critical.
-Dhawal Jaiswal, SP Gangapar

The PRO of the IFFCO plant said that a rod broke in the plant which contained ammonia gas. Employees at the plant were affected due to leaking of ammonia gas. They were all immediately admitted to Townsip Hospital but were referred to Prayagraj due to the critical condition of 8. 2 of which have died.

A rod broke in the plant which contained ammonia gas. Employees at the plant were affected due to leaking of ammonia gas. They were all immediately admitted to Townsip Hospital but were referred to Prayagraj due to the critical condition of 8. Of which 2 have died: PRO, IFFCO https://t.co/pEvLFWewFS pic.twitter.com/OumLjTNVwm

(Visuals from the hospital where the patients are admitted) https://t.co/OFnIt4nN3C pic.twitter.com/UfIQcbDjaM Faridabad Gurgaon Metro Rail Project to be Completed By 2025: By 2025, Metro will start running between Faridabad-Gurgaon, 2 lines will be underground