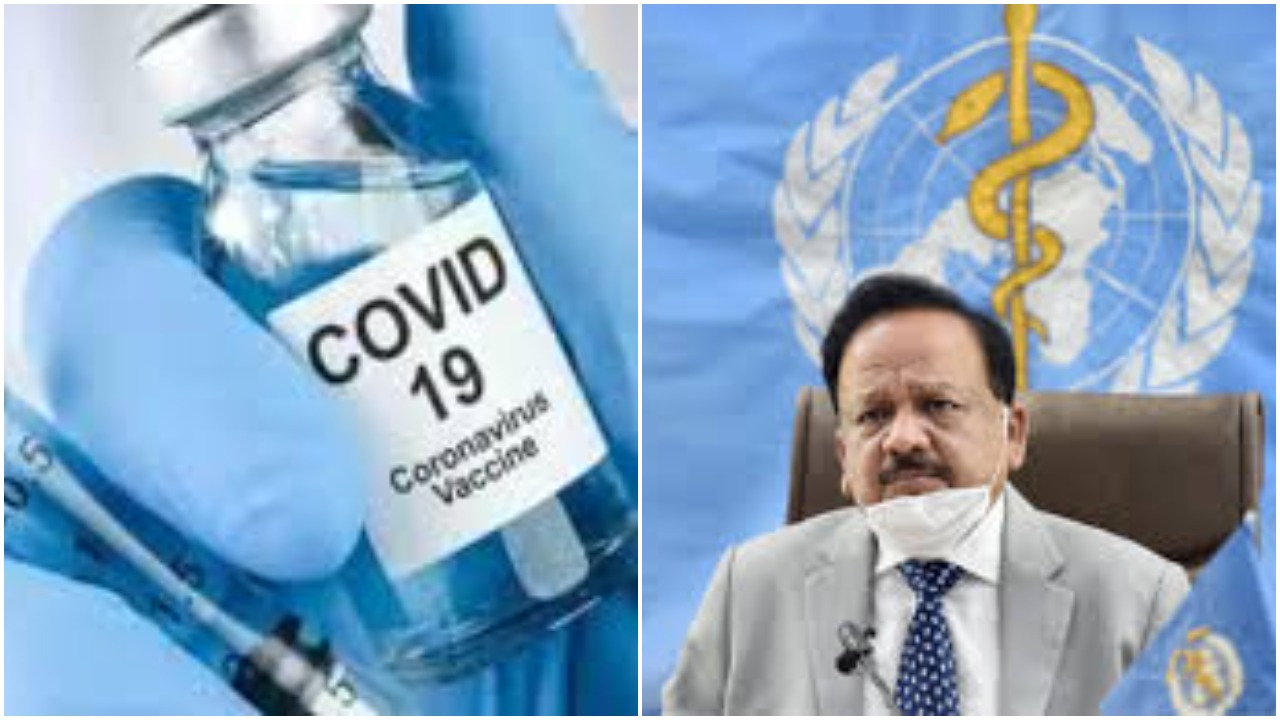 Corona virus cases in India have crossed 10 million. India is now moving rapidly towards the vaccination of Corona. Many of the Corona vaccines are in the final stages of trial. It is expected that vaccination will start in India by the middle of January next year. Health Minister Dr. Harsh Vardhan has said that the first priority of the government is to ensure that the vaccine remains safe and effective. Dr. Harsh Vardhan said that I think the time may come in January when we will be in a position to give corona vaccine to the common people. Currently, the drug regulator is analyzing all other vaccines, including the corona vaccine applied for use in emergency.

Dr. Harsh Vardhan said on Saturday that work is also going on on indigenous vaccine in the country and it is expected that in the coming six to seven months we will be able to give vaccine doses to 300 million people in the country.

Everyone’s eyes on these vaccines in India

1. Kovishield Astrazenica is producing this vaccine made by Oxford University on a large scale. The Pune-based Serum Institute is its Indian partner for this vaccine to be made on the chimpanzee adenovirus platform. Clinical trials for the second and third phases of this are going on and permission has been sought from the government for its emergency use.

2. Covaxine – This is a vaccine made using dead virus, which is being made by Bharat Biotech in Hyderabad. In the third phase clinical trials are going on with the help of ICMR and permission has been sought from the government for its emergency use.

3. ZyCoV-D – This vaccine from Cadila Healthcare is being made on the DNA platform. Cadila collaborated with the Department of Biotechnology for this. Clinical trials of its third phase are underway.

4. Sputnik-V – This is a vaccine made by the Gamalaya National Center of Russia, which is being made on the Human Adenovirus platform. It is produced on a large scale by the Doctor Radies Lab of Hyderabad. This vaccine has reached the Phase III clinical trial.

5. NVX-CoV2373 – This vaccine, being made on the basis of a piece of protein of virus, is being produced by Serum Institute, Pune For this, the institute has collaborated with Novavax. Clinical trials of its third phase are currently being considered.

6. American-based MIT-produced Protein Antigen Based Vaccine is being produced by Biological e Limited of Hyderabad. Human clinical trials of the first and second phases have started.

7. HGCO 19 Pune-based Genova is producing this mRNA based vaccine of HDT of America. Experiments on animals regarding this vaccine have ended and soon clinical trials of the first and second phases are about to begin.

8. Bharat Biotech, based in Hyderabad, in collaboration with Thomas Jefferson University of America, is producing the corona vaccine based dead rabies vector platform. This vaccine has reached the advanced pre-clinical level.

9. India’s Aurobindo Pharma has remained a vaccine in association with American’s Aurovaccine, which is currently at the pre-development stage.