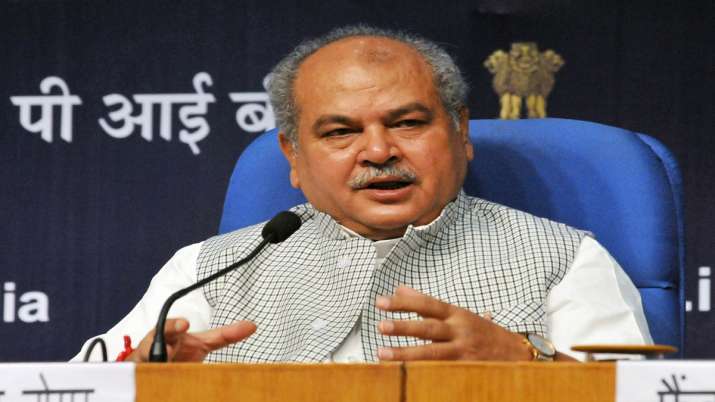 The government invited farmers’ organizations for the next round of talks and asked them to give a date.


new Delhi: On Sunday, the government sent a letter to the agitating farmers’ organizations inviting them for the next stage of negotiations and asking them to give a date. Earlier, Union Home Minister Amit Shah on Sunday said that Agriculture Minister Narendra Singh Tomar is expected to meet representatives of farmers’ organizations protesting on the borders of Delhi in a day or two to demand the withdrawal of new agricultural laws. is.

It is noteworthy that several rounds of talks between the representatives of the Center and the agitating farmers to resolve the deadlock have failed. Shah said, “I am not fully aware of the time, but Tomar is expected to meet tomorrow (Monday) or day after tomorrow (Tuesday) to discuss his demands with the representatives of the farmers.” A large number of farmers have been camping on the borders of Haryana and Uttar Pradesh bordering Delhi for nearly four weeks. They are demanding withdrawal of three new agricultural laws implemented by the Narendra Modi government at the Center.

Intensifying their agitation against the new agricultural laws of the Center, the farmers unions announced on Sunday that they would undertake a day-long hunger strike at all the demonstration sites here on Monday and toll collection on all highways in Haryana from December 25 to 27 Will not let At the same time, Union Home Minister Amit Shah said that Agriculture Minister Narendra Singh Tomar can negotiate their demands with the protesting groups in a day or two.

Farmers of Punjab and Haryana also celebrated Tribute Day today and paid tribute to those farmers who died during the ongoing agitation. Farmers’ organizations have claimed that more than 30 farmers involved in the movement have died due to various reasons such as heart attack and road accident. The farmers also performed ‘Ardas’ at some places. Thousands of farmers have been protesting in various parts of Delhi for the last four weeks in the harsh winter and are demanding the repeal of new agricultural laws. Most of these farmers are from Punjab and Haryana.

The government and Prime Minister Narendra Modi have tried to convince them about the benefits of new agricultural laws. Meanwhile, Modi reached Gurdwara Rakabganj this morning to pay tribute to Guru Tegh Bahadur, the ninth Guru of the Sikhs. The Prime Minister also interacted with devotees during this period. Negotiations were adjourned on December 9 after the fifth round of talks between the farmers and the Center as the farmer unions refused to accept the Centre’s proposal to amend the laws and give written assurances to continue the minimum support price. Meanwhile, Union Home Minister Amit Shah, who visited West Bengal, indicated that negotiations between the farmers and the government would begin soon. “I don’t know the timing right, but Tomar is likely to talk to farmers’ representatives tomorrow or the day after,” Shah told a press conference.