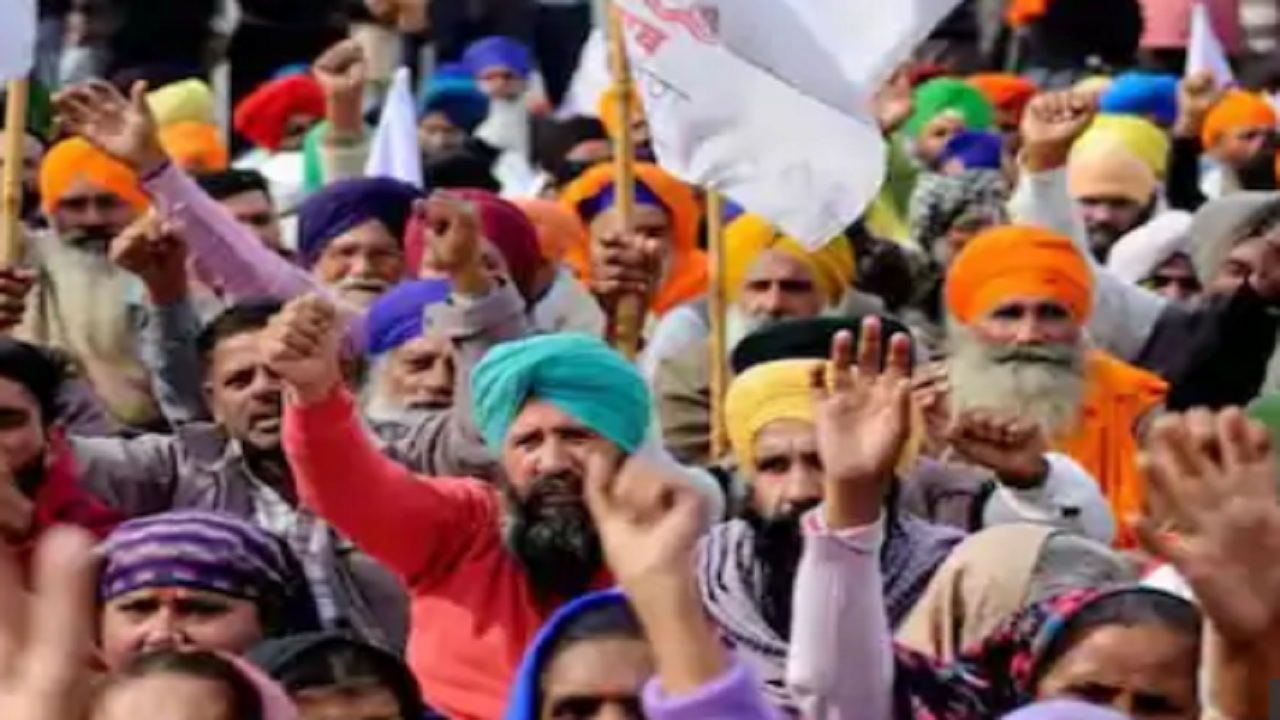 The All India Kisan Sangharsh Coordination Committee wrote a letter to Prime Minister Narendra Modi and Agriculture Minister Narendra Singh Tomar saying that the protests of the farmers currently running are not affiliated with any political party. The committee said that it is a misconception of the government that the agitation of farmers against the three agricultural laws is being sponsored by the opposition parties. These letters were written on behalf of the farmers organization when the Prime Minister accused the opposition parties of misleading the farmers about the three agricultural laws.

PM accused of causing mistrust
It is written in the letter, ‘It is with great regret that you have to say that while claiming to resolve the demands of the farmers, the attack that you have started from two days on the demands and agitation of the farmers shows that you There is no sympathy with the farmers and you may have changed your intention to solve their problems. Of course, all the things you said are factless. It further wrote in the letter, ‘Even more serious thing is that the things you have said, should be justified demands of the farmers in the country and society, which have been kept in writing in a systematic manner for the last six months, all over the country. Can create a state of mistrust towards the peaceful movement being carried out in For this reason, we are obliged to send you your feedback through this open letter, so that you can consider it without any bias.

Response to PM’s statements in Madhya Pradesh
In response to the statement given by the Prime Minister on a farm conference held in Madhya Pradesh on Friday with regard to new agricultural ears, the farmers organization wrote in the letter, ‘You stressed in the farmers conference held in Raisen district of Madhya Pradesh that farmers The opposition parties have been misled, they are spreading misgivings about the laws, these laws have been implemented only after considering the various committees for a long time and after all parties have expressed their opinion in favor of these changes. , Whatever specific problems were in these laws, your government has solved them in the talks and this movement is actually organized by opposition parties. Your misconceptions and statements are inspired by wrong information and you should look at the truth.

Reversed for not mortgaging the land
The farmers ‘organization has refuted all the allegations made by the Prime Minister’s statement and the Union Agriculture Minister’s letter written on December 17 to the farmers’ movement. The farmer organization has also mentioned some loopholes of the law in the letter. It is written in the letter, ‘You have raised some specific questions and said that you want to clear the confusion. You say that there is no threat to the farmers’ land, the contract will not be mortgaged and there will be no agreement to transfer any kind of land. We want to draw your attention to Section 9 of the Contract Farming Act, in which it is clearly stated that the payment of the cost of the goods to the farmer to the company, the arrangement of the money for it will be completed by a separate agreement with the lending institutions, Will be different from the contract. Note that lending institutions give loans only by pledging the land.

Doubt on assurance on land revenue arrears
According to the Farmers Organization, the second is that section 14 (2) of the Contract Farming Act states that if the farmer borrows from the company, then the recovery of that loan will be in the form of recovery of the total expenses of the company, which is Section 14 (7) Will be done as arrears of land revenue. The organization said, ‘Therefore your statement that’ no matter the situation, the land of the farmer is safe ‘, is wrong according to your law. It would have been good if this thing was written in law and then you would have said this. The committee is one of about 40 farmer organizations that have been protesting on the borders of Delhi for the last 23 days. The committee said in the letter, “No demand of any protesting union and group is related to any political party.”