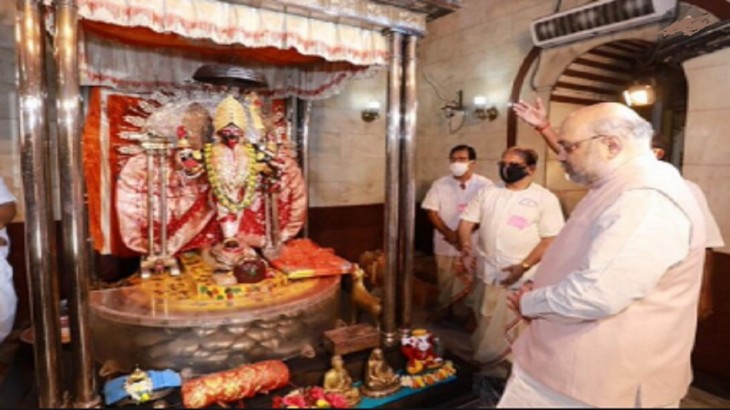 To demolish Mamata Banerjee’s fort in West Bengal, the Bharatiya Janata Party has focused on ten thousand small and big social and religious institutions, which have a great influence among Hindu voters. BJP has started public relations campaign by forming several groups with the officials of these social organizations. Party sources say that the visit of Home Minister Amit Shah and BJP National President JP Nadda along with intellectuals and other sections of society along with visiting the birthplace of great men during West Bengal tour is part of the strategy to connect every section with the party. Hindus in West Bengal also have different sects and classes, who according to organizations like Ramakrishna Mission, Bharat Sevashram Sangh, Hindu Milan Samaj, ISKCON, etc. decide their stand.

Shyama Prasad Mukherjee Research Foundation is preparing strategy
In West Bengal, the electoral strategy of Mamata Banerjee’s Trinamool Congress is on the shoulder of Prashant Kishore (PK), while the BJP is trying to counter every strategy of Mamata Banerjee through several thinktacks. One such think tank – Shyama Prasad Mukherjee Research Foundation. This thinktank operated from Ashoka Road in Delhi is also playing an important role in deciding the BJP’s strategy in West Bengal. Foundation director Anirban Ganguly was also present during the visit of Home Minister Amit Shah.

Kava to pay obeisance at Dakshineswar Kali templeIf
The BJP’s think tank is working on a strategy in line with the Trinamool Congress in West Bengal. Initially, when the BJP started raising slogans of Jai Shri Ram in the programs, Mamata Banerjee had said that it should impose cultural nationalism of North India on the people of Bengal. On which the BJP think tank immediately changed its line and started emphasizing on the cultural nationalism of Bengal. Seeing the huge number of followers of Maa Kali in West Bengal, all senior BJP leaders visit Dakshineswar Kali temple during every visit. In this way, BJP has now focused on Mother Kali instead of Shri Ram. It is a different matter that in every meeting or meeting of BJP leaders, the slogan of Jai Shri Ram is maintained.

Also read: LIVE: Home Minister Amit Shah will do road show in Bolpur in a while

Anupam Hazra is compared to PK
BJP has made some committees for public relations with religious and social organizations in every district. These committees are working under the direction of former MP and BJP’s National Secretary Anupam Hazra. Anupam Hazra has been a Trinamool Congress MP from Bolpur. Due to anti-party activities, he joined the BJP before the Lok Sabha elections. However, he lost the election from Jadavpur Lok Sabha seat on a BJP ticket.