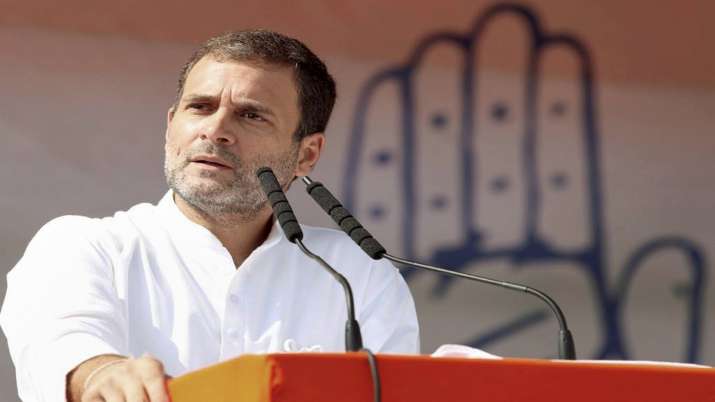 Sonia Gandhi Rahul Gandhi and congress Rebels Leaders meeting. In a meeting with Sonia, there was a demand for Rahul to be made president, dissidents insisted on elections


New Delhi. In a meeting held on Saturday with Congress President Sonia Gandhi, senior party leaders expressed their desire to be handed over the reins of the party to Rahul Gandhi, although a few months ago, the leaders who wrote letters demanding a comprehensive organizational change took the post of president. Emphasized the election and ensuring accountability of leaders within the party.

Congress sources also say that Rahul Gandhi said in the meeting that he is ready to fulfill any responsibility given by the party and the decision to elect the president should be left to the election. On the other hand, the faction of the leaders who wrote the letter denied any such remarks from Rahul Gandhi.

Congress sources said that all the leaders present in the meeting unanimously expressed their desire to make Rahul Gandhi the president. These leaders also included many senior leaders who had written the first letter demanding active leadership and comprehensive organizational change. Sources say that Rahul Gandhi said, “I value senior leaders. Many of these people have worked with my father. ”

Sources also said that the faction of the leaders who wrote the letters insisted on the election for the post of president so as to increase its credibility. At the same time, he also said that after giving responsibility to the leaders within the party, their accountability should also be ensured. In the meeting, Sonia Gandhi said that all leaders need to work together and strengthen the organization. He also said that in the coming time, Chintan Camp will be organized to discuss the organization, various issues surrounding the government and other issues.

After the meeting, senior party leader and Rajasthan Chief Minister Ashok Gehlot told reporters, “What happens in politics is not seen and what is seen is not what happens.” When all the leaders have faith in the leadership of Rahul Gandhi and Sonia ji then where is the fight. “He also said,” Everyone wished in the meeting that Rahul Gandhi lead the party and together fight against those forces. , Who are ending democracy in the country. ”

Former Maharashtra Chief Minister Prithviraj Chavan said, “This was the first meeting today, there will be more such meetings ahead.” There will also be a contemplation camp on the lines of Shimla and Panchmarhi. ”He said,“ Discussions were held in a good environment. Whatever issues were raised to strengthen the party, cognizance will be taken. A few people will sit and listen to them. ”Rahul Gandhi and senior leaders of the party AK Antony, Ambika Soni, Ashok Gehlot, P Chidambaram, Kamal Nath and Harish Rawat met Sonia, who wrote the letter.

Ghulam Nabi Azad, Anand Sharma, Manish Tiwari, Shashi Tharoor and many other leaders attended this meeting held at Sonia Gandhi’s residence at 10 Janpath. These leaders were among the 23 leaders who wrote the letter. Sources said that former Chief Minister of Madhya Pradesh Kamal Nath was instrumental in preparing the role of meeting of these leaders with Sonia Gandhi. Kamal Nath had also met Sonia a few days ago.

It is noteworthy that in the last August, 23 Congress leaders including Ghulam Nabi Azad, Anand Sharma and Kapil Sibal had written a letter to Sonia Gandhi seeking to be the active President of the party and make a comprehensive organizational change. This was taken by many Congress leaders as a challenge to the party leadership and especially the Gandhi family. Many leaders also demanded action against Ghulam Nabi Azad. Even after the dismal performance of the Congress in the Bihar assembly elections and by-elections in some states, Azad and Sibal had openly criticized the party’s style of functioning and demanded a comprehensive change. After this, he again came under target of many Congress leaders.