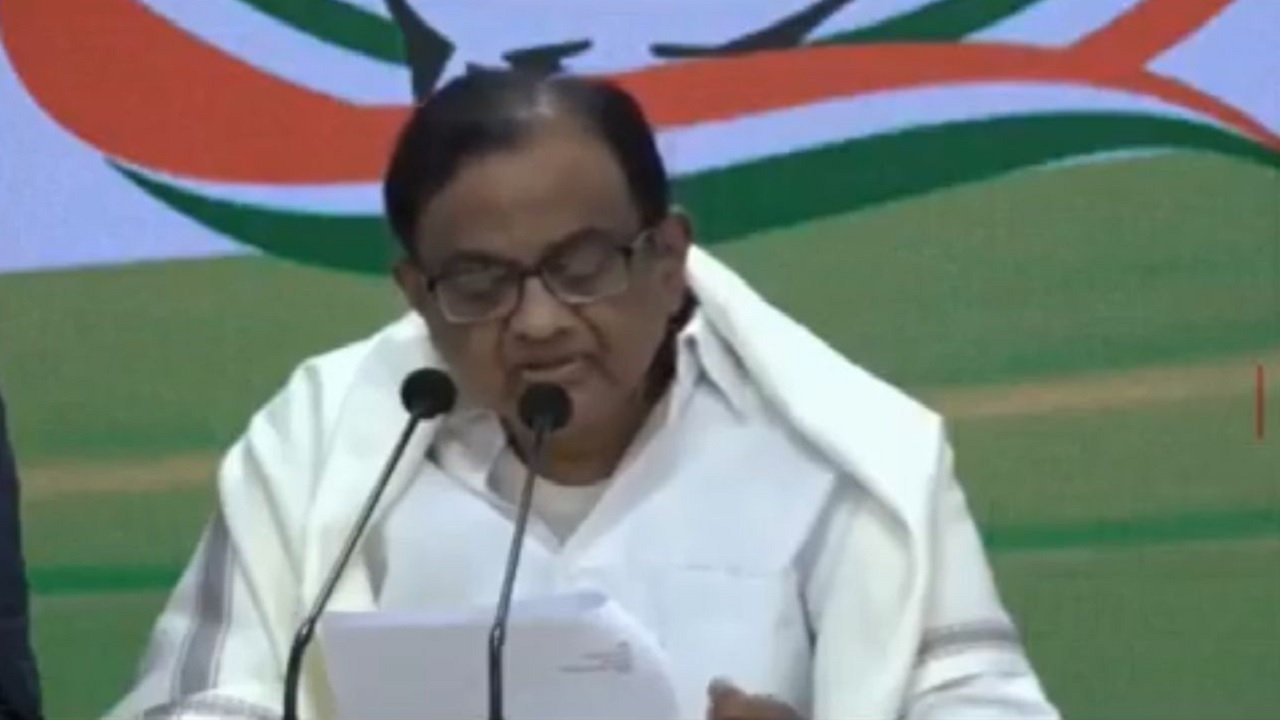 There is a ruckus about three new agricultural laws. In one way, the farmers have been sitting on the streets for the last 24 days in protest against these laws, while on the other hand, all opposition parties, including the Congress, are attacking the Modi government at the Center. However, Prime Minister Narendra Modi fiercely accused the opposition of misleading farmers. After which the Congress too has not been behind in retaliating. The Congress has attacked Prime Minister Modi amidst the deadlock between the agitating farmers and the Center.

Senior Congress leader and former Finance Minister P. Chidambaram made several tweets on Saturday and targeted Prime Minister Modi. Chidambaram tweeted, ‘The Prime Minister has once again accused the opposition of spreading lies. Here are three so-called lies on which he wants to comment.

PM has once again accused the Opposition of “spreading lies”.
Here are three so-called lies that he may wish to comment upon:

P. Chidambaram wrote in the tweet, ‘First- AIKSCC coordinating farmers’ protest has said that farmers are selling paddy at Rs 900 per quintal, although MSP is Rs 1,870 per quintal. Is this a lie? ‘

1. AIKSCC, which is coordinating the farmers’ protests, has said that farmers are selling paddy at Rs 900 per quintal though the MSP is Rs 1870 per quintal. Is that a lie?

He further wrote, ‘Second- a Delhi court has acquitted the members of the Tablighi Jamaat, saying that it is likely that the accused were picked up for malicious prosecution on the instructions of the MHA. Is this a lie? ‘

2. A Delhi court that acquitted Tablighi Jamaat members has said that it is probable that the accused “were picked up to maliciously prosecute them upon directions from MHA”. Is that a lie?

Also read: ‘Mamta government to be in minority before elections in West Bengal’

The Congress leader wrote in another tweet, ‘Thirdly – there is an contradiction between the CBI and the Uttar Pradesh Police over the gang-rape and murder of the Hathras victim who was charged. Is this a lie? ‘

3. CBI has contradicted the UP police and charged four accused of gangrape and murder of the Hathras victim. Is that a lie?

This comment by former Union Minister P Chidambaram came in response to Prime Minister Modi’s claim that he was provoking the protesting farmers and said that rival parties were using the farmers to attack the government .

Addressing the ‘Kisan Mahasammelan’ in Madhya Pradesh’s capital Bhopal, PM Modi said, ‘I want to tell all political parties that they can take political credit, I do not want credit. I only wish that the life of Indian farmers should be easy, their prosperity and modernity in farming. Stop misleading and confusing them. Taking a dig at the opposition without naming any party, the Prime Minister said that he felt that he was pained by the reforms made in the agricultural laws by his government that Modi did what he could not do in many years Were.