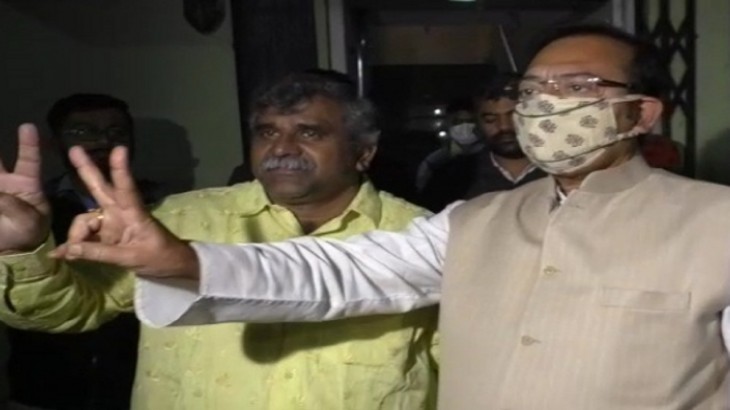 Union Home Minister Amit Shah reached Kolkata on the intervening night of Friday-Saturday during his two-day West Bengal tour. The crowd gathered at the airport to welcome him has made it clear that this tour will prove to be a tremendous ups and downs in Bengal’s politics. Meanwhile, before Shah’s political tour, Chief Minister Mamata Banerjee and Trinamool Chief Mamata Banerjee have started collecting scattered leaves of TMC. In this episode, senior TMC leader Jitendra Tiwari took a U-turn after meeting Arup Viswas. He claimed late on Friday that he would remain in TMC. However, one of the reasons for Jitendra Tiwari’s U-turn is also being told by BJP leader Babul Supriyo, who on his Facebook page, opposed his joining BJP.

ALSO READ: TMC to have resignations ahead of Amit Shah’s visit to Bengal, will join BJP

BJP also shunned Babylon’s opposition
The Bharatiya Janata Party (BJP) was also not particularly enthusiastic about Jitendra Tiwari, especially after Asansol’s BJP MP Babul Supriyo publicly protested against him and decided to quit. BJP MP Babul Supriyo posted on Facebook, ‘I am writing this because some people are trying to spread rumors that I have done under-table dealing with TMC leaders of Asansol and now they are trying to join BJP Are in Let me clearly state that I will not betray my colleagues in the party by doing any such dealings. Babul Supriyo said that our BJP colleagues have fought to defeat TMC from Asansol.

Apologized to Mamta Banerjee
Meanwhile, Jitendra Tiwari has apologized to Mamata Banerjee during the meeting with Minister Arup Biswas. During this, political strategist Prashant Kishore was also present. Jitendra Tiwari has been a TMC MLA. He resigned from all party posts on Thursday. Shortly before, he resigned from the post of Board of Chairperson of Asansol Municipal Corporation. Jitendra Tiwari is currently an MLA from Pandeshwar assembly constituency. While resigning, he alleged that there is a lot of fund in Kolkata but funds are not available for the development of Asansol. Earlier, Jitendra Tiwari resigned as the chairman of TDB College and Girls College in Raniganj. At the same time, Tiwari had accused Minister Firhad Hakim of not developing in Asansol region in the Mamta government.