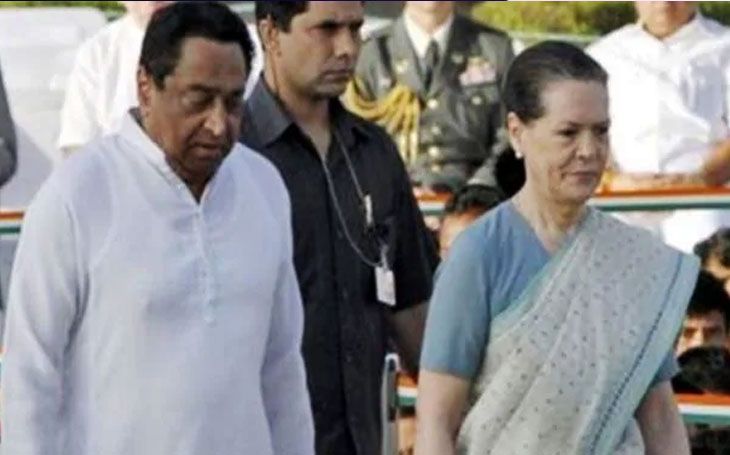 The party has started an exercise to end the long-standing discord within the Congress. Congress President Sonia Gandhi has called an important meeting of the party’s top leaders on Saturday i.e. tomorrow. Those leaders have also been invited for this meeting, who recently wrote a letter demanding change in the election tax of the organization including the permanent president in the Congress. It is expected that in this meeting, Sonia Gandhi can discuss with senior leaders of the party about the election of the new president of Congress.

If sources are to be believed, former Madhya Pradesh Chief Minister Kamal Nath has an important role in preparing the role of meeting of these leaders with Sonia Gandhi and he will also attend this proposed meeting on 19 December. Let us tell you that Kamal Nath had met Sonia a few days ago. It is being said that during that meeting, Kamal Nath had advised Sonia Gandhi to speak to the angry party leaders themselves, this is because they are all senior leaders of the party and have their own political stature. One of the leaders who wrote the letter, in a conversation with ‘PTI-Bhasha’, confirmed that he has been called to meet Sonia.

On the other hand, Congress sources say that some such leaders may also meet Sonia, who have been angry with the party for a long time. However, he is not among the leaders who signed the letter. During the meeting, the situation is not clear yet for the presence of former Congress president Rahul Gandhi and party general secretary Priyanka Gandhi, although Priyanka is also believed to be playing an important role in this latest development. Sources say that the scope of reconciliation may increase after the meeting of these leaders with Sonia Gandhi.

It is noteworthy that in the last August, 23 Congress leaders including Ghulam Nabi Azad, Anand Sharma and Kapil Sibal had written to Sonia Gandhi demanding that she be the active president of the party and make a comprehensive organizational change. Many Congress leaders took this as a challenge to the party leadership and especially the Gandhi family. Many leaders also demanded action against Ghulam Nabi Azad.

Not only this, Azad and Sibal had openly criticized the party’s style of functioning even after the dismal performance of the Congress in Bihar assembly elections and by-elections in some states and demanded a comprehensive change in it. After this, he again came under the target of many Congress leaders. In such a situation, this meeting of senior Congress leaders to be held on Saturday at 10 Janpath, Sonia Gandhi’s residence, is considered very important.

There is also speculation that along with persuading the senior leaders of the angry party, the post of Congress president may be discussed in this meeting of Sonia Gandhi. If Rahul Gandhi could not prepare for the post of Congress President, then in such a situation, a loyal member of the Gandhi family should be entrusted with the chair of the president, it can be discussed in the meeting. Apart from this, Ahmed Patel, the political secretary of Sonia Gandhi has passed away, in such a situation, he also needs to choose one of his generals, who can balance the senior and young leaders of the party.